The market regulator has barred the two from the capital markets for two years and also restrained them from holding any top management roles in the company. 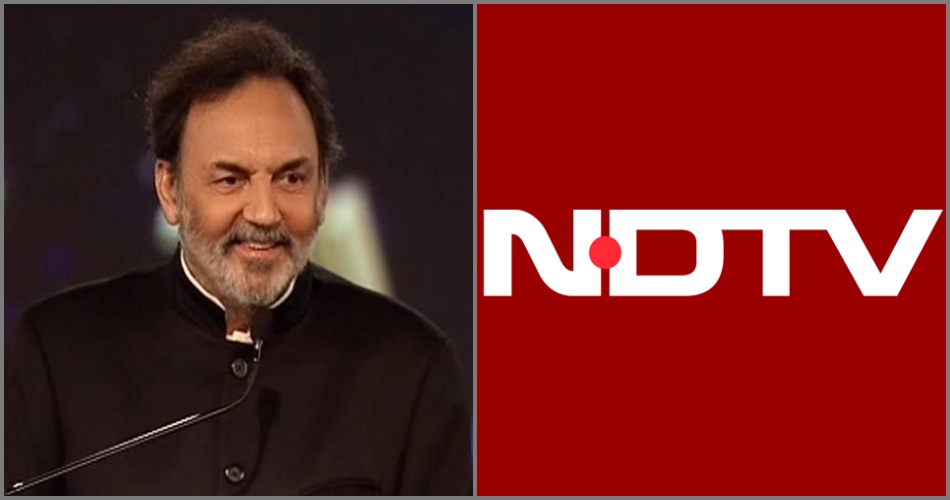 New Delhi: Market regulator SEBI on Friday barred NDTV Ltd’s three key promoters – Prannoy Roy, Radhika Roy and their holding firm – from the capital markets for two years and also restrained the two individuals from holding any board or top management role at the company in this period.

The Roy couple has also been been barred from holding a board or key managerial position at any other listed company for one year, Sebi said while coming down heavily on them and RRPR Holdings Pvt Ltd for what it termed as violation of various regulations by keeping minority shareholders in the dark about three loan agreements.

In a statement put out on Friday evening, the NDTV promoters said that they believe Sebi’s order is based on an “inaccurate assessment” and is a “highly unusual and perverse direction” that they will be taking legal action against.

“Radhika and Prannoy Roy, the promoters of NDTV, believe the SEBI order asking them to step down as directors and to not hold any management positions in NDTV, is based on an incorrect assessment and is a highly unusual and perverse direction. The SEBI order delves into and presents conclusions on issues that were not raised in the showcause notice. They will take urgent legal action as advised within the next few days,” the broadcast company said in a statement.

The Roys too issued a statement, saying, “Radhika and Prannoy Roy, the founders of NDTV, believe the SEBI order asking them to step down as directors and to not hold any management positions in NDTV is outrageous, bad in law and against all procedures. It is, for example, unheard of that the order contains false decisions on issues that were not even mentioned in the show cause notice. They will challenge the SEBI order in the courts as advised within the next few days.”

One of the loan agreements Sebi flagged was with ICICI Bank while two loans were from a little-known entity Vishvapradhan Commercial Private Ltd (VCPL).

The ownership of Delhi-based ‘wholesale trading’ firm VCPL, incorporated in 2008, is said to have later changed hands from RIL to the Nahata group, from which the Mukesh Ambani-led firm had bought Infotel Broadband in 2010 to re-enter the telecom business.

Earlier last year, Sebi had ordered VCPL to make an open offer for NDTV Ltd for indirectly acquiring control of up to 52% stake through a convertible loan of Rs 350 crore in 2009 ‘sourced’ from a subsidiary of Reliance Industries Ltd.

In its latest 51-page order, the Securities and Exchange Board of India (Sebi) said all its directions, including debarment of RRPR, Prannoy Roy and Radhika Roy from buying, selling or otherwise dealing directly or indirectly in securities, or being associated with the securities market, will come into effect immediately.

Their existing holdings, including mutual fund units, will remain frozen during the prohibition period, Sebi said.

Sebi said its probe began after receipt of complaints in 2017 from Quantum Securities Pvt Ltd, a shareholder of New Delhi Television Ltd (NDTV), about alleged violation of rules by non-disclosure of material information to the shareholders about loan agreements with VCPL.

The ICICI Bank loan had a clause wherein the three promoters of NDTV had undertaken not to permit any major corporate restructuring, merger etc. without prior written approval of the lender.

Investigations found that another loan agreement was signed with VCPL for a loan of Rs 350 crore later, which did not carry any interest rate, to repay the ICICI Bank loan that had an interest rate of 19 per cent.

However, one of the terms of the new loan effectively gave VCPL control over the entire shareholding of RRPR Holdings. The agreement gave further significant powers to VCPL and it was significantly material and price-sensitive in nature, as per the order.

A second loan agreement for Rs 53.85 crore was also signed with VCPL a year later that provided for the promoters of NDTV allowing the lender to indirectly acquire 30 per cent stake in the media company through conversion of their warrants into equity shares of RRPR Holdings.

It was alleged that by concealing such material information from the public shareholders for a period when the promoters were themselves dealing in the company shares, they had committed a fraud on the minority public shareholders.

Noting that the company was bound to intimate such material information to the public shareholders to help them take informed investment decision, Sebi said “the loan agreements were unmistakably structured as a scheme to defraud the investors by camouflaging the information about the adversarial terms and conditions impinging upon the interest of NDTV’s shareholders.” Sebi said Roys have been the face of NDTV and the prime movers of all its activities, while they were also actively running the day-to-day management as Chairman and Managing Director (MD).

“However, contrary to the same, in the present case, the noticees — the promoters and directors of NDTV — have been found to have indulged in fraudulent acts wherein they have bartered away the interests of NDTV by making them subject to prior written consent of ICICI/VCPL without disclosing the same to the company (NDTV),” Sebi said.

The regulator also accused them of having violated the Code of Conduct of NDTV, which they were supposed to abide by as Chairman and MD.