Why the Share Price of Patanjali-Owned Ruchi Soya Rose by Almost 9,000% in Six Months

One of the key reasons driving the price rise is the low level of equity shares of Ruchi Soya that are available in the stock exchanges. 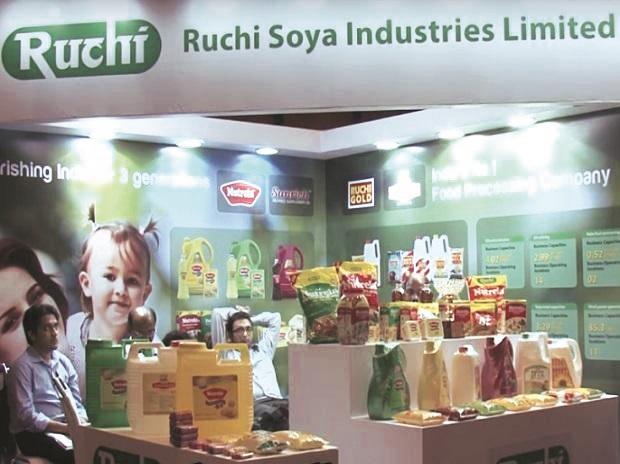 New Delhi: In September 2019, Ruchi Soya – a Madhya Pradesh based edible oils company – was among the Reserve Bank of India’s (RBI) list of major wilful defaulters and was at the end of a nearly two-year-long insolvency process.

Less than a year later the company is among the top 100 companies in India by market capitalisation, according to the Bombay Stock Exchange (BSE). Specifically, its share price movement in recent times has perplexed stock market observers, coming as it does amidst a broader downturn at the bourses amidst the COVID-19 pandemic.

Here is a blow by blow account of how this has happened.

Last September, the National Company Law Tribunal (NCLT) approved the acquisition of a debt-ridden Ruchi Soya by Baba Ramdev’s Patanjali Ayurveda for Rs 4,350 crore. At the time, the company owed over Rs 9,345 crore to banks, including the State Bank of India (SBI) and the Punjab National Bank (PNB) and, as The Wire reported, was among the major wilful defaulters in the country.

The structure of the deal meant that only Rs 4,235 crore of the debt would be repaid by Patanjali. For the acquisition, Patanjali took fresh loans from some of the same banks that had taken over a 50% haircut on their Ruchi Soya loans. According to an Economic Times report, the Patanjali group borrowed Rs 3,200 crore for this purpose.

SBI led from the front, lending Rs 1,200 crore, while PNB lent Rs 700 crore. The Union Bank of India chipped in with Rs 600 crore, Syndicate bank provided Rs 400 crore and Allahabad Bank lent Rs 300 crore. A part of the loaned amounts will go towards settling debts owed by Ruchi Soya to the same banks.

A month after the acquisition, which was completed in December 2019, Ruchi Soya was re-listed on the stock exchanges in January 2020 and was trading at prices around Rs 17 per share.

This was to change quickly.

In the last two weeks, the stock price has seen a decline to Rs 1,000 at the end of trading on July 8 at the Bombay Stock Exchange. As things stand, the Ruchi Soya stock is still worth almost 60 times what it was in January. A security guard watches the entrance to a Patanjali store in New Delhi. Photo: Reuters/Adnan Abidi

How has this happened?

One of the key reasons driving the price rise is the low level of equity shares of Ruchi Soya that are available in the stock exchanges – what at Dalal Street is known as low level of ‘free float’.

Of the 29.59 crore shares of Ruchi Soya, the Patanjali group holds 99.03% or 29.30 crore shares, which can’t be sold for a period of one year due to the NCLT approved acquisition.

The remaining about 28 lakh shares, or slightly less than 1%, are held by the public and are available on the stock exchanges. So, in the last six months, on the one hand, the supply of Ruchi Soya shares has been low and on the other, demand has been high.

The demand, analysts say, could be driven by two reasons.

The first is speculation over revival or a reverse merger with Patanjali. What could have made the Ruchi Soya stock attractive to traders is the hope of a reverse merger with Patanjali Ayurveda which could increase the valuation of the company as Ruchi Soya would then become the ‘proxy to India’s consumption story’, as one market expert described it while speaking to Outlook Business.

Here comes the second theoretical possibility, that perhaps some market actors are simply taking advantage of the stock’s lack of liquidity. Indeed, several market analysts have called for regulatory clarity in this matter.

Also Read: Will Patanjali’s Second Wave of Growth Be as Easy as its First?

“When you have a very small amount of floating stock, it makes such manipulation of stock price very easy,” J.N. Gupta, former executive director of the Securities and Exchange Board of India (SEBI), told The Wire.

According to Gupta, what has happened with the Ruchi Soya stock price warrants more clarity. “There needs to be an investigation into what exactly happened and whether there was manipulation,” he said.

Gupta also said that such situations arise due to asymmetry of information. “After NCLT proceedings, this is like a new listing. But, there is an information gap as the investors don’t know what the plans of the new owners are with regards to the company. They are in the dark and this gives rise to speculation,” he said.

He also suggested that SEBI make it mandatory for companies being listed after NCLT proceedings to provide a fresh prospectus. “It should contain information on the status of the balance sheet, company projects, etc. It should also provide details on future plans. So that people can make an informed decision.”

The Wire has reached out to the Patanjali group for comment and the story will be updated if and when a response is received.