Over 75,000 retired employees, who have been deprived of the option to avail higher pension by the EPFO, have pinned their hopes on the verdict. 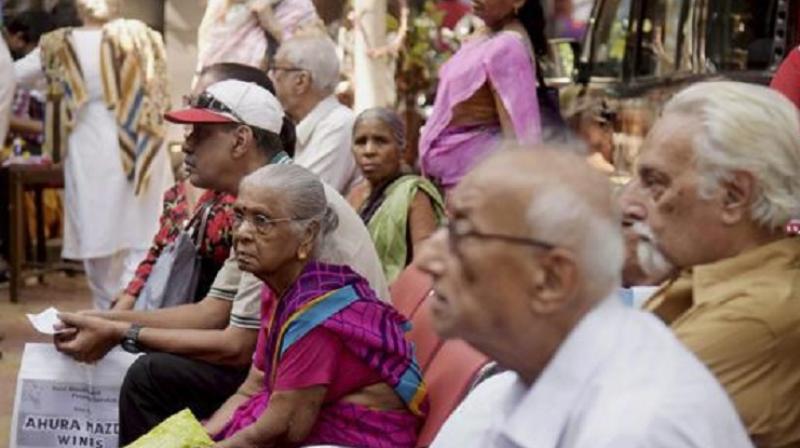 New Delhi: Will the Kerala high court rule against an Employees’ Provident Fund Organisation’s (EPFO) policy that discriminates between employees of exempt and non-exempt organisations when it comes to allowing the option of higher pension?

Despite a Supreme Court ruling, the EPFO has denied the option of higher pensions to retired employees of companies and organisations where provident fund (PF) accounts are managed by their own autonomous trusts and not by the EPFO.

The provident fund accounts of employees in ‘exempt category’ organisations are handled by their own autonomous PF trusts, not by the EPFO. Public sector companies like NTPC and BHEL and private ones like Tata Consultancy Services, Infosys, Accenture have their own PF trust.

Over 75,000 retired employees, who have been deprived of the option to avail higher pension by the EPFO, have pinned their hopes for justice on the Kerala high court. The court has completed hearings in this matter and is likely to deliver its verdict anytime soon.

In October 2016, the apex court ruled that Employee Pension Scheme (EPS) pensioners can opt for higher pension if they want. If employees apply for higher pension, they will have to pay towards the differential between contribution required to avail higher pension and what they have actually paid on this account.

However, this differential is usually negligible or offset as employees are entitled to arrears for the higher pension they were entitled to from the date of retirement.

How does the pension scheme work? Every employee in the organised sector contributes 12% of basic salary and dearness allowance to the EPF and the employer makes a matching contribution. Now, out of the employer’s contribution, 8.33% goes to EPS. However, if employees withdraw their EPF after quitting their job or during unemployment, the EPS money is not given out as it is payable only after retirement.

Irrespective of how much employees drew in salary, the contribution of their employers towards their pension was effectively capped at Rs 541 per month until 2016.

In October 2016, the Supreme Court came out swinging in favour of the employees’ right to raise their contributions to the pension fund. During the apex court’s hearings, the EPFO fought against this, citing an archaic amendment that said employees should have demanded a hike in the EPS contribution ceiling back in 1996.

After the SC order,  the EPFO naturally fell into line. At the time, it did not bring up the issue of distinction between exempt and non-exempt organisations. Accordingly, in its 215th meeting in December 2016, the EPFO’s central board of trustees (CBT) decided that members of exempt organisations will be given pension on full salary provided they transfer the differential of contribution on the full salary and the ceiling amount with interest from the EPF account to the EPS account managed by the EPFO trust.

On the basis of the CBT’s decision, the EPFO moved the labour ministry for its approval, which it received in March last year.

After receiving the ministry’s approval, the EPFO issued a circular to give pension on full salary to EPS members. In the circular, it said, “Accordingly a proposal was sent to MOL&E (Ministry of Labour and Employment) to allow members of the EPS 1995 who had contributed on higher wages exceeding the statutory wage ceiling of Rs 6,500  in the PF to divert 8.33% of the salary exceeding Rs 6,500 to the pension fund with up to date interest as declared under EPF Scheme 1952 from time to time to get the benefit of pension on higher salary on receipt of joint option of the employer and employee.”

But later the EPFO had second thoughts on this issue and directed its officials to not accept applications with retrospective effect from employees of exempt organisations for pension on full salary.

Meanwhile, the EPFO has also moved the SC for clarification on this issue. The retirement funds manager has also requested the SC to transfer all petitions, filed by such employees in different high courts, to itself.

The EPFO has also issued an internal circular, stating that it has filed a transfer petition in the apex court to transfer all the writ petitions filed in various high courts to the SC for deciding the subject matter.