While the Rafale jet maker allegedly was not able to provide documentation to explain a suspicious transaction, the French anti-corruption agency ultimately chose not to refer the matter for prosecution. 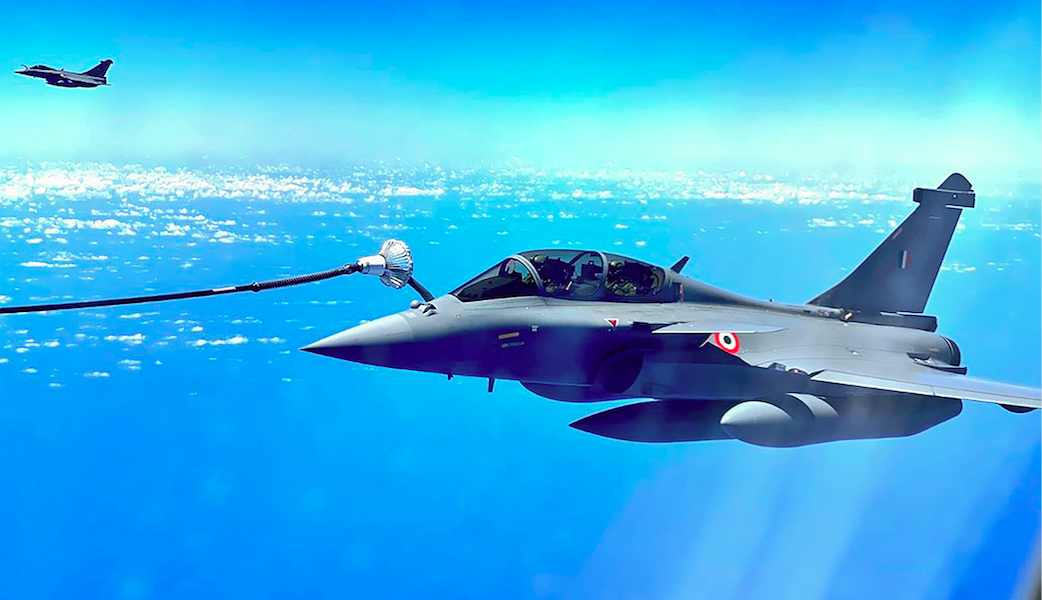 New Delhi: A French anti-corruption agency allegedly raised red flags over a suspicious payment made by Dassault Aviation to an Indian defence company in 2017-18, according to a new report published by Paris-based investigative news website Mediapart, in a development that places a fresh spotlight over the controversial 2016 Rafale deal.

The report claims that the Rafale jet maker was unable to adequately provide documentation for this 2017 contract for aircraft models, leading the anti-corruption agency’s inspectors to suspect that it was a “bogus purchase” or one that was designed to conceal a middleman payment.

What is likely to raise further eyebrows is that the Indian defence company’s owners are closely connected to alleged defence agent Sushen Gupta, who is under investigation by the CBI in the AgustaWestland case.

The Wire has not been able to independently verify these claims, but the media report notes that the anti-corruption body ultimately decided not to refer the matter to French prosecution authorities for further investigation and legal action.

The suspicious transaction was unearthed by the Agence Française Anticorruption (AFA) – a body that is answerable to the French government and was set up in 2017 with the aim of checking whether large companies have implemented the anti-corruption procedures set out in the French law – as part of a scheduled audit of the Dassault Group.

“As they combed through the 2017 accounts the AFA inspectors raised an eyebrow when they came across an item of expenditure costing 508,925 euros and entered under the heading “gifts to clients”. This amount ‘seemed disproportionate in relation to all the other entries’ under the same heading, said the subsequent confidential report of the AFA audit…,” the media report noted.

“To justify this larger than usual ‘gift’ Dassault supplied the AFA with a ‘proforma invoice’ dated March 30th 2017 which was supplied by an Indian company called Defsys Solutions. This invoice, which related to 50% of the total order (€1,017,850), was for the manufacture of 50 models of the Rafale C, with a price per unit of €20,357,” the report added, quoting the AFA audit findings.

The AFA inspectors who found this purported transaction then asked Dassault for explanations: Why had the Rafale jet maker asked an Indian company to make models of its own aircraft, each the size of a small car, at 20,000 euros a pop? And why was this expenditure recorded as a ‘gift to client’?

According to the Mediapart report, the Dassault Group was not able to provide the AFA with a “single document showing that these models existed and were delivered”.

No recommendation for prosecution

The Indian company at the heart of this aircraft model contract – Defsys Solutions – is apparently one of Dassault’s sub-contractors in India on the Rafale contract.

“Defsys belongs to the Gupta family, whose members have acted as middlemen in the aeronautical and defence industries for three generations.  In January 2019 the Indian media – first Cobrapost and then the Economic Times – revealed that one family member, Sushen Gupta, operated as an agent for Dassault, had worked on the Rafale contract and had allegedly obtained confidential documents from India’s Ministry of Defence,” the Mediapart report noted.

“By coincidence, it was this middleman who sent the one-million-euro invoice for the jet fighter models to Dassault six months after the September 2016 signing of the Rafale deal by the French defence minister Jean-Yves Le Drian and his Indian counterpart Manohar Parrikar. In March 2019 Sushen Gupta was arrested by agents from the Enforcement Directorate… He was later freed on bail facing charges of “money laundering” over the so-called ‘Choppergate’ corruption scandal involving the sale of helicopters to India by the Italian-British group AgustaWestland,” the report added.

Ultimately however, by 2020, when the AFA finalised its audit of the Dassault Group, the anti-corruption body’s director Charles Duchaine chose not to refer the matter for prosecution.

Instead, the report notes, the “aircraft models issue was relegated to two short paragraphs” in the AFA’s final report.

Duchaine refused to comment on the matter when questioned by Mediapart. A Dassault spokesperson, meanwhile, told the website that the company will not be commenting on the development.