How Do We Resolve the Confusing Puzzles Surrounding the Latest GDP Data?

Sharp estimate revisions, channel stuffing and the hypothetical schism between formal and informal sector growth. What makes sense, what doesn’t and what is perhaps slightly questionable? 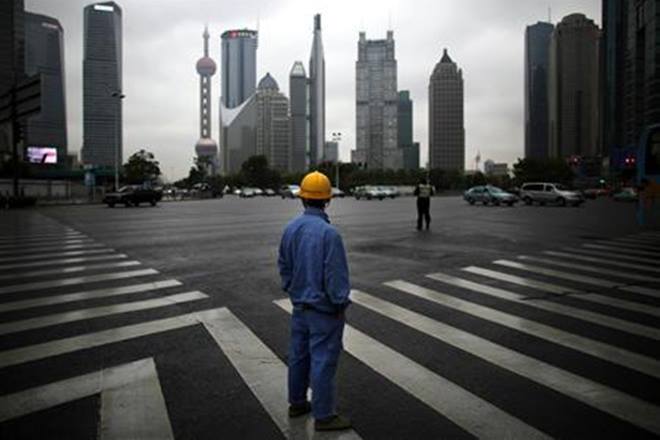 In the first three months of 2020, the coronavirus outbreak had resulted in the first quarterly GDP decline in decades for the world's second largest economy. Credit: Reuters

New Delhi: A set of much-awaited economic growth data, the first official estimates to be released after the Modi government’s demonetisation move, has raised more questions than answers.

There are a number of puzzles – some of which are solved more easily than others. The big one of course is, as per advanced estimates released by the Central Statistics Office (CSO) yesterday, that India’s economy grew at a very healthy 7% during the third quarter of FY’17 – the quarter in which 86% of India’s currency was invalidated (October – December 2016).

The consensus amongst most economists, analysts and brokerage houses was that GDP growth for the demonetisation-affected quarter would be lower – somewhere near 6% to 6.5%.

Thought the official data released belies this expectation, it also contains a number of other anomalies, apparent contradictions and discrepancies.

Firstly, private consumption appears to have risen by a little over 10%, the highest growth in personal spending in nearly five years, even though anecdotal evidence indicated that consumer confidence was hit, with many postponing discretionary spending last November and December.

Secondly, growth in the manufacturing sector was expected to dip, partly because of falling consumption demand and partly because of a number of anecdotal reports that indicated various sector plants were shutting shop temporarily. However, the CSO data shows that manufacturing grew 8.3% in Q3, a nice rise over the 6.9% growth registered in Q2.

Lastly, even though bank credit has been slowing to near-historic lows (as The Wire has reported), gross fixed capital formation (which roughly indicates the quantum of private investment in the Indian economy) has registered a growth of 3.5% in the demonetisation quarter. As one commentator pointed out, it appears as if this growth has been credit-less, money-less and cashless!

What should we be wary of and what explains some of these anomalies?

Revision of Q3 FY 16 numbers: When the CSO released its data yesterday, one of the more startling revisions was the change in the GDP estimate for the third quarter of 2015-16, the quarter against which we compare the demonetisation quarter (Q3, FY’17). While the estimates for Q1, Q2 and Q4 were revised upwards, Q3 estimates were revised sharply downwards.

“The steep downward revision of Q3 FY 16 has in turn led to higher growth in Q3 FY 17, thus masking the impact of demonetisation in the Q3 figures,” Ghosh said.

Therefore, if the original GDP estimate for Q3 in 2015-16 had been used (which was roughly Rs 28,52,339 crore) had been used in the government’s calculations, growth in this fiscal would be just 6.2%, roughly what most estimated it would be. Why were these estimates revised? One reason could have been because the final estimates for the agriculture sector have come in, and 2015-16 did not perform well.

Former chief statistician Pronab Sen points out that it was probably driven by agriculture.  “You would have had the final estimate for the kharif [crops], which was very bad last year,” Sen said.

What compounds things, according to SBI’s Ghosh, is how in the third quarter, GDP on the expenditure side has slightly exceeded its counterpart on the production side.  It is usually the other way round.

“The impact of valuables on the total estimates from the expenditure side tell the story of demonetisation.  After demonetisation, there was a steep fall in the international price of gold partly because Indian demand momentarily subsided. This is evident from the price trajectory. This may have increased the percentage shares of PFCE (private final consumption expenditure) in the total expenditure pie,” the SBI economist’s note points out.

Manufacturing and Private Consumption Growth: There are three broad explanations here. The first is positive, while the other two are negative.

Firstly, many of the anecdotal reports surrounding the manufacturing slowdown could have simply been not a good indicator of how badly demonetisation impacted the sector. For instance, while Maruti Suzuki registered a smaller increase in sales volumes in Q3, it did record a 12% increase in revenue. This basically means that while two-wheelers didn’t sell, the rich, impacted less by demonetisation, may have simply bought more middle-end cars. And other sectors not inherently linked to cash, such as steel, actually saw significant revenue increases after tariff impositions on Chinese imports.

Secondly, and more concerningly, private expenditure and manufacturing data is primarily based off production data. Therefore, this plays out in two ways. One, channel stuffing happens: this is what happens when inventories are allowed to build up, with manufacturers off-loading goods onto distribution channels even if they don’t sell them to consumers. This could have happened for innocuous reasons; one simple explanation is that companies weren’t sure how long it would take for re-monetisation to take place and they correspondingly didn’t shut down their production facilities.

However, the second way this plays out is that stacking up of inventory could have had resulted in officials recording it as higher consumption expenditure even though it was simply distribution channel stuffing.

This means that demonetisation’s impact on manufacturing and private consumption will only be seen when data for the next quarter is disclosed, at the end of May.

Lastly, as a handful of analysts note, if a number of companies passed off higher cash-in-hand components (as a method of getting around the aims of demonetisation) as ‘increased sales’ this could have been captured both as higher-value addition in a number of sectors as well as increased private consumption.

While many sectors may have taken a beating from demonetisation, the government may be a little too hopeful in believing some of  them will pick up. More importantly, future quarters will also tell us whether there is now a fundamental disconnect between the growth of India’s formal and informal economies and how it will play out.

Construction and Finance Slump: The government believes that the growth rates of construction and finance-sub segments are expected to show significant recovery in the next financial quarter However, currently, growth rates for both sectors are at a 7-quarter low, according to SBI’s Ghosh.

“With, cement dispatches for January 2017 declining by a whopping 13%, it is not clear how construction activity is reviving in Q4FY17. Similarly bank credit growth is still at Dec 2016 levels,” the SBI report said.

GVA and GDP: The difference between GVA (gross value added) and GDP is constantly expanding. In the third quarter of FY 17, the “gap between GDP and GVA was 35 bps compared to the gap of merely (-2) bps during Q3 FY 16” according to SBI. This of course is due to the huge increase in indirect tax collections in 2016-17.

Over the last two days, in the context of demonetisation and the confusion over third-quarter growth, several economists have pointed out the need to look at GVA over GDP. For Q3, the GVA hasn’t growth too much, around 6.6%.

Disconnect Between Formal and Informal: Multiple estimates say anywhere between 35% to 55% of India’s output may come from the informal sector. The informal sector, going by initial studies and many anecdotal reports was hurt worst by demonetisation.

Former chief statistician Pronab Sen has reiterated how the Indian government and many economists use “formal sector data as a proxy” for the growth of India’s informal economy. Our GDP methodology simply doesn’t capture the informal sector.

“… The assumption is that the two will move together. I think now with demonetisation the two have actually not moved together. The informal sector has been hit much harder [by demonetisation]. So we are overstating it, but we won’t know until next year,” Sen said.