Old Warrants Dug out for New Arrests in POSCO-Affected Villages

Two recent arrests, based on complaints registered by 'pro-POSCO' parties in the area, point at what lies in store for residents of Jagatsinghpur in Odisha. 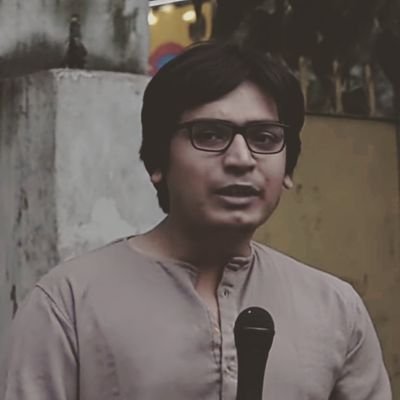 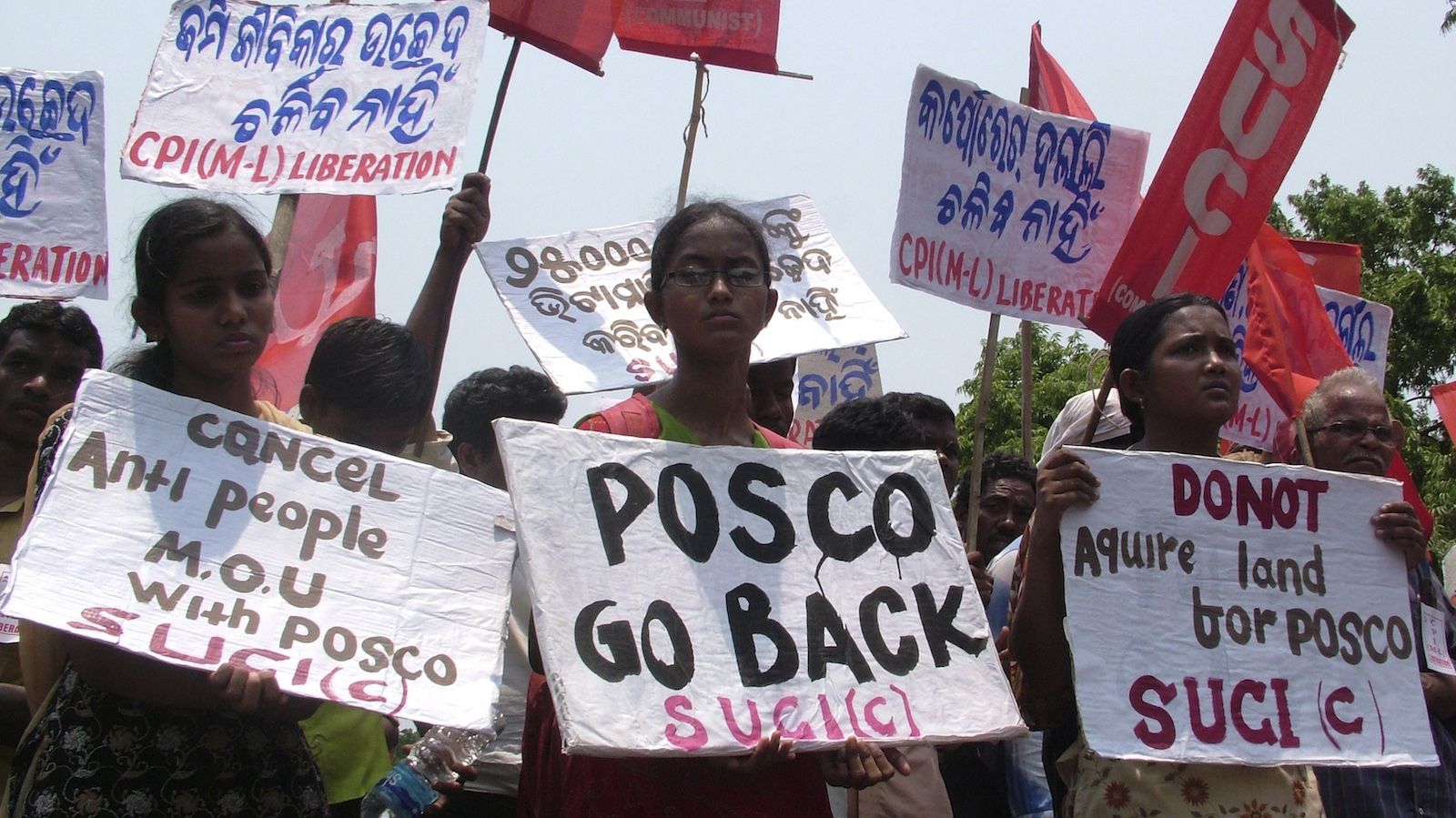 A supporter of Communist Party of India (CPI) holds a placard during a protest against POSCO. Credit: Reuters/Krishnendu Halde

Two arrests that were made in Jagatsinghpur district of Odisha last month have brought back old memories for the residents of Dhinkia and its neighbouring villages.

Judhishtira Jena, aged 60, was taken to Abhayachandpur police station on December 18 and Babula Samal, 45, a day later. Speaking to this reporter over telephone, station house officer (SHO) at the police station, Manoranjan Chaudhary, confirmed the news of these arrests and said that there had been a total of eight arrest warrants outstanding against the two in question.

The first of these warrants had been issued 12 years earlier in 2005. That was when South Korean steel giant POSCO had just announced its plans to move in to the eastern coast of Odisha. With a proposed outlay of Rs 52,000 crores, this was the largest foreign direct investment (FDI) deal to have been struck in the country at the time.

Jena and Samal, both residents of Dhinkia, had joined POSCO Pratirodh Sangram Samiti (PPSS) – a non-party organisation of stakeholders to resist the forced acquisition of land alleged to have then taken place in Jagatsinghpur. The complaints leading to these arrests had been registered over the years by parties known to be ‘pro-POSCO’ advocates in the area. The SHO declined to comment on the inordinate delay in executing these arrest warrants. The two arrestees are currently awaiting trial under custody of the judicial magistrate, Kujang, according to the police.

The magistrate’s office could not be reached for corroboration.

Though POSCO announced its decision to withdraw from Odisha just earlier this year, JSW Steel of the O.P. Jindal Group has sought to move in within two months of its exit. JSW Steel has proposed to invest Rs 50,000 crore in the state. For those on the brink of displacement in the mineral belt, respite from investments seems short-lived.

On June 22, 2005, during chief minister Naveen Patnaik’s second term in office, the government of Odisha signed its first memorandum of understanding (MoU) with POSCO. The multinational behemoth – the fourth largest steel manufacturer at the time – was to set up a plant capable of producing 12 million tonne per annum (mtpa) in Jagatsinghpur district of Odisha on 4,004 acres of land that would be provided by the state. The land promised cut across eight villages and was inhabited by a predominantly Adivasi population engaged in betel vine cultivation. It included over 3,000 acres of forestland.

Also read: Protestors May Have Stopped POSCO, But the Fight Isn’t Over Yet

As of when the agreement was signed, not a single acre of it was under possession of the state’s land bank.

Alleging forcible land acquisition and destruction of their forests and vineyards, villagers resisted displacement from the get-go. They organised themselves under the banner of PPSS.

An investigation by Alternative Law Forum found that over 230 ‘false’ cases implicating over 1,500 residents of the affected villages had been registered between 2006 and 2012. Over 50 such cases were registered against Abhay Sahu, a local activist who had become the president of PPSS. A new police station was notified for establishment – in Abhayachandpur, at the heart of the resistance – in April 2007.

With the Patnaik-led Biju Janata Dal (BJD) back in power for a third term in 2009, the MoU with POSCO expired the following year. It was never renewed. However, another round of forced displacement began in Jagatsinghpur in 2013. Odisha Industrial Infrastructure Development Corporation (IDCO), the arm of the state government in charge of land acquisition, was able to take possession of approximately 2,700 acres of land. Of this, around 1,700 acres was handed over to POSCO to begin the first phase of construction despite the project having been rejected by referendums held in the affected villages of Nuagaon, Dhinkia, Gobindapur, Patana and Trilochapur under the Scheduled Tribes and Other Traditional Forest Dwellers Act, 2006 (commonly known as the ‘Forest Rights Act’) and stalled by the NGT.

Allegations of partiality on the part of law enforcement agencies in favour of the foreign mining corporation were voiced following the deployment of 12 platoons of armed police on February 3, 2013, to clear out the protesting residents. Moreover, irregularities were alleged over the registration of FIRs after a bomb explosion led to the death of three protestors that same year. 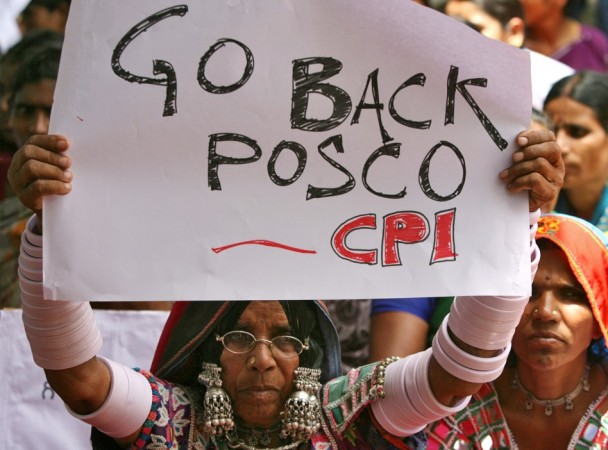 On February 16, 2014, an FIR was registered in Abhayachandpur against over 1,200 villagers for allegedly destroying a 300 metre-long boundary wall as well as torching a POSCO site office on the land seized. Following this, cases were registered under the relevant sections of the Indian Penal Code on charges ranging from arson, rioting and ‘unlawful assembly’ to ‘obscene acts or songs’. Yet construction could not proceed.

Earlier this year, on March 18, POSCO surrendered the land transferred to it by IDCO. It had been speculated that an amendment introduced two years earlier to the Mine and Minerals Development and Regulation Act had made POSCO’s future in Odisha unprofitable. The amendment had mandated open auction of all coal blocks in the wake of coal block allocation scams having come to light across the country. This would prevent POSCO from accessing iron ore mines in Sundargarh district on the north-western border of Odisha at prices highly subsidised by the state government. Twelve years after the initial agreement with Patnaik’s BJD – now in its fourth consecutive term in government – Odisha’s FDI ambitions seemed to have waned.

Yet, warrants for the arrest of over 2,000 residents of Jagatsinghpur on non-bailable offences still remain, as per activists. While over 400 of those arrested have been acquitted, PPSS claims that legal proceedings to free 420 others are currently underway.

On June 2 this year after meeting JSW Group chairperson Sajjan Jindal, chief secretary of Odisha Aditya Prasad Padhi announced “JSW Steel Limited has asked for 4,500 acres at the POSCO project site. Based on their requirement, we will assess and allot the land.” He clarified that only the project proposal has been accepted at this stage but land allotment remains to be made.

JSW Steel had been implicated by the central investigative agency for allegedly providing undue benefits to former chief minister of Karnataka B. S. Yeddyurappa and his family in return for iron ore mining rights. The case was dropped earlier this year after the bureau refrained from filing an appeal to the verdict of the CBI court, in contradiction of the special public prosecutor’s counsel.

Meanwhile in Odisha, JSW Group has sought environmental clearances for an integrated steel plant with a capacity of 13.2 mtpa and a 900 megawatt power plant connected to a captive port in Paradip. Activists believe that the arrests of Jena and Samal earlier this month are the first in a new round of intimidation to be expected from the state. Prashant Paikrey, spokesperson for PPSS explained that the announcement of JSW Group’s entry in the state has raised these concerns.

Through a statement put out on October 21, PPSS has pointed out that the Land Acquisition Act, 2013 dictates that acquired land not utilised within five years from the date of possession – as in this case – is to be returned to its original owners. However, Odisha’s state land acquisition policy notified on February 7, 2015 amends this provision to ‘revert’ such land to its land bank.

This has been challenged by residents in the affected villages through a petition being heard by the Eastern Zone bench of the NGT in Kolkata. The petitioners allege that there is no provision under the Forest Rights Act for holding forestland in a land bank as that would not constitute a ‘non-forest use’ under the law. Moreover, the petition argues that ‘the government cannot change the use of forestland without recognising the land and forest rights of people living or dependent on it for generations.’

In line with the verdict of the apex court regarding the fate of the land acquired in Singur after Tata Motors pulled out of West Bengal, it is argued that all such land ought to be returned to their original owners.

PPSS spokesperson Paikrey alleges that construction of the boundary wall for the new project has commenced in Nuagaon. Three kilometres of the 18 kilometres planned have been fenced already. Similar expansions in Govindpur are expected.

Residents of Govindpur unanimously rejected such incursions into their village in a Palli Sabha convened on December 6 and voted for the implementation of the Forest Rights Act. More Palli Sabhas in neighbouring villages are to be held next month.