No Prime Minister, Earning Rs 200 a Day By Selling Pakodas is Not Employment

It should not be a source of pride that millions are managing to eke out a meagre income. Instead it should be seen for what it is – a sign of under-employment. 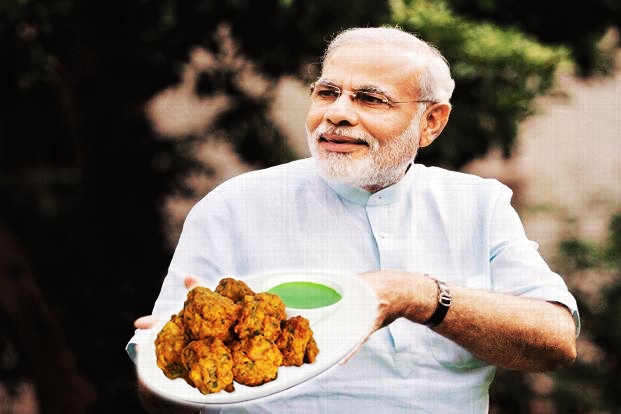 I admit I felt hurt by Prime Minister Narendra Modi’s recent assertion that a person earning Rs 200 a day by selling pakodas is also employed. The fact that the prime minister actually celebrates this kind of ’employment’ as a major success of his Mudra scheme is even more worrisome.

While earning something as meagre as Rs 200 a day may come as some solace to an unemployed person and she or he may clutch at it as the proverbial straw, the government must acknowledge that it only reflects under-employment and these earnings are just not enough to live life with dignity.

In fact, under-employment was underlined as major concern by the Niti Aayog in its three-year action plan released in August 2017. It noted that “not unemployment, but severe under-employment is the main problem facing the country” and that “what is needed is the creation of high-productivity, high-wage jobs”.

The Mudra scheme – which clubs all previous loan schemes by banks, private bank and micro-finance institutions and classifies loans in three categories – has provided loans to over 10 crore beneficiaries in last three years. But nearly 90% of these beneficiaries have received loans under the ‘Shishu’ category, which provides for loans of under Rs 50,000. With such a low degree of investment provided to nearly nine crore Indians, the employment opportunities can hardly be of high value.

Howsoever impressive it may appear, the data on the Mudra scheme also needs to be read along with recent data on defaults in student loans. The Times of India has noted that public-sector banks reported a 47% increase in non-performing education loans between March 2015 and March 2017 and for at least five banks, the bad loans have almost doubled. Quite clearly, the defaults in education loans are a direct result of poor availability of good jobs. With huge cost of higher education being increasingly met from education loans, the poor employment scenario is leading to a situation where young people are starting their careers on a negative note marked by loan defaults. It is simply because that there are not enough jobs in market.

It would be interesting to see that how many graduates –and more specifically, the persons who availed education loans –have opted for Mudra loans. The government needs to come out with data that sheds light on the true state of under-employment in the country.

Also, the government must release the data on persons rendered unemployed after demonetisation and how many of them took Mudra loans just to sail through the difficult times.

In equating the success of low-value Mudra loan disbursement with generation of employment, the prime minister has sought to shift the goalpost on employment creation.

The stated policy direction of Modi government was to ensure high value jobs to aspiring India. It rolled out Start Up India, Stand Up India and Make in India schemes with lot of promise and fanfare. As the government now steps into its last year, with its last full budget coming up in next few days, a proper assessment of these schemes would give a better insight into the employment scenario.

‘Start Up India‘, one of the flagship schemes of Modi government, had an earmarked Rs 10,000 crore ‘fund of funds’ for supporting start-ups. But till date, only 75 start-ups have actually taken off, while an expenditure of only Rs 605 crore has been committed so far. 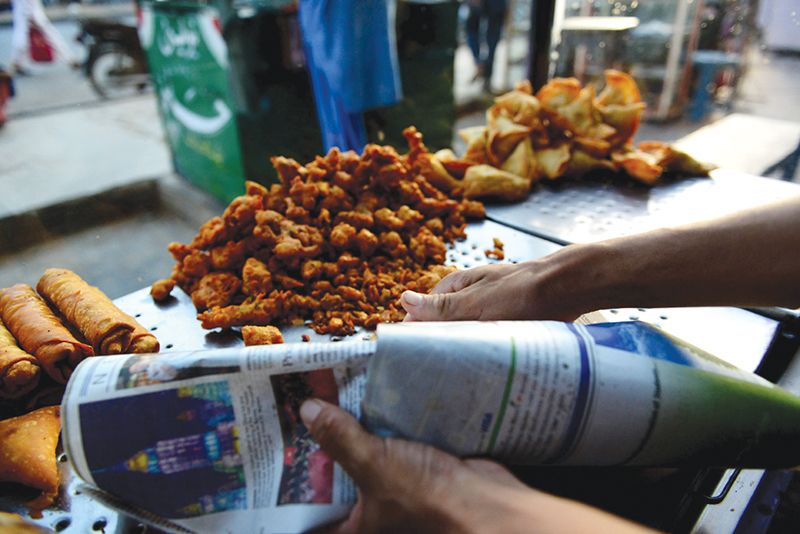 Under-employment was underlined as major concern by the Niti Aayog in its three-year action plan released in August 2017. Credit: PTI

It is not just the government start-up scheme that is lagging. Private venture capital funds and angel investment have also fallen to a three year low. Start-up tracker Traxcn shows that number of deals for early stage funding has fallen from 1700 firms in the period 2014-2016  to only 482 firms in ten months of 2017. Number of new start-ups has fallen from 6,000 in 2016 to 800 in 2017. While the investment in start-ups have grown from $4.6 billion to $8 billion, of this, $4.4 billion has been infused in just two ventures – Flipkart and Paytm.

Also, it may be worthwhile to note that during the UPA regime, India saw several start-ups that grew into big businesses and became household names. To name a few, Paytm, Flipkart, Snapdeal, Urban Ladder, Policy Bazaar, Just Dial, Big Basket, Redbus and Zomato.

‘Stand Up India’ is another ambitious scheme that was announced by the prime minister from Red Fort in 2015. It had the noble aim of promoting SC, ST and women entrepreneurs. The scheme provided for loans between ten lakh and one crore rupees for starting greenfield ventures. It listed over a lakh bank branches and over 17,000 help centres for facilitate the programme. As things stand in December 2017, only about 35,000 beneficiaries have been disbursed loans amounting to Rs 5,658 crore. The aim was to help at least one SC, ST and women per bank branch!

Make in India was envisaged as the flagship programme to increase the contribution of manufacturing sector from 16% to 25 % of GDP. It was expected to generate quality employment in private sector and defence sector. But as government moves into the last financial year, the ‘Make-in-India’ programme has failed to take off as planned. There are hardly any major defence manufacturing projects that have kicked off. Several projects, cumulatively worth 3.5 lakh crores are still stuck in procedures.

The failure of these flagship programmes of the government may have forced the prime minister to yet again shift the goal post. The objective and success of the government is no more in addressing the concerns of an aspiring India, but to provide meagre income enough to earn ‘do waqt ki roti’. For an individual who is unemployed due to any reason, be it demonetisation or global distress or lack of adequate manufacturing and agricultural growth, any income that sustains his daily meals may be a matter of solace. But the prime minister of India cannot and should not take pride in it.

Under-employment is accompanied with the economic costs of social and family distress, health problems, impact on education etc – the head of the government cannot be oblivious to this. His vision has to accommodate the economic costs of under-employment. He does not have the luxury of looking at the economy only from the view point of a common unemployed citizen. That’s why the success of Mudra does not automatically translate into success for India’s economy and is why earning 200 rupees a day by selling pakodas cannot be considered a happy state of affairs.