A simpler and lower rate of tax is what was needed to widen the country’s tax base substantially. This was totally missing in GST’s initial design. 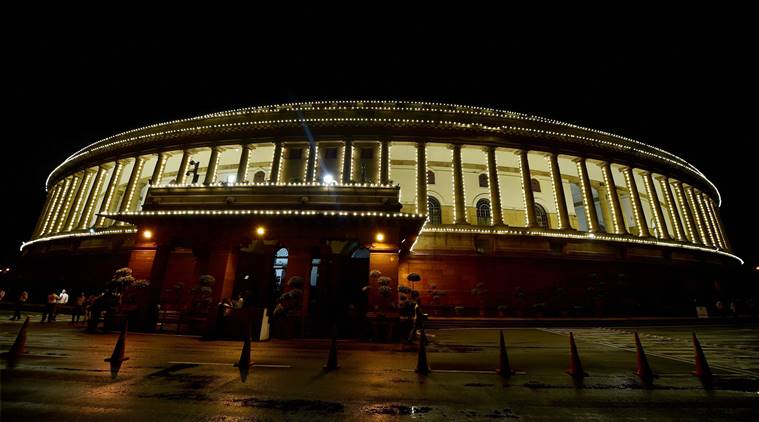 The Goods and Services Tax regime was launched during a midnight session of Parliament. Credit: PTI

Prime Minister Narendra Modi’s “Good and Simple Tax”, which he so eloquently promoted during a midnight Parliament session, has had to be overhauled. Simply put, it was neither good nor simple in the way it was rolled out and implemented on July 1, 2017.

Following nationwide protests, and sensing its possible impact on Gujarat elections, the government hurriedly removed the bulk of the items in the 28% GST rate bracket and brought them to the lower slabs of 18%, 12% and 5%. Tax filing procedures too have been simplified for small businesses reeling from high compliance costs. However, this is not enough. More changes will have to be effected if GST is to give a boost to the Indian economy.

Modi’s penchant for event management often takes attention away from finer aspects of policy. In retrospect, describing such a messy GST as an economic unification of India’s states and comparing it with Sardar Patel’s project of political unification in 1947 may have been an insult to independent India’s first Home Minister who was well known for his administrative skills and great attention to detail. This quality seems singularly lacking in Prime Minister Narendra Modi’s method of policy making. It was seen in demonetisation as well.

The current GST overhaul is a direct result of the finance ministry not heeding the advice of its own in house experts. Chief Economic Advisor (CEA) Arvind Subramanian had warned that a seminal tax reform like GST cannot be implemented purely on the basis of how to preserve and protect the status quo. As it turned out, the design and architecture of the GST regime was aimed to perpetuate the status quo and protect existing revenues.

India’s initial GST regime went against one of the more basic principles of increasing revenue: the lower the rate of taxation, the more number of people and businesses that will comply. A simpler and lower rate of tax is aimed at widening the country’s tax base substantially. This was totally missing in the GST’s initial design as nearly 20% of all items were put under the 28% GST rate, the highest indirect tax rate anywhere in the world. So nearly 220 out of a total of 1100 items were placed in 28% GST rate bracket. The CEA in fact had recommended that less than 20 to 30 items in the highest slab.

It appears now that better thinking has prevailed, with the current restructuring bringing down the number of items under the 28% bracket to 50. This list can and should be pruned further as critical construction related items like cement and paints are still under the 28% slab. How can you encourage low cost housing for all with such high GST on cement? Construction is also one of the biggest generators of employment in India.

Indeed, the current overhaul of the GST must be carried further and the 28% rate should be done away with completely. There is also thinking within the GST Council that the current rates of 12% and 18% should be merged into a single rate of 15.5% as had been suggested by the CEA. The final shape of GST rates could look something like 0, 5, and 15, with items such as tobacco and liquor attracting a sin tax of 45% plus.

While the refining of tax rates is a continuing process, the other big problem facing the small traders and industries is the complex compliance procedures which have enormously increased their transaction costs. This has also been addressed partially by allowing summary single tax return to be filed every month until the end of this financial year. So far there was the requirement to upload invoices three times every month. For smaller businesses up to a certain threshold, a quarterly filing system has also been introduced.

It was very apparent that the GSTN network and its portal could not take the load of millions of businesses filing their invoices every month. The system kept crashing from time to time.In the month of October barely 55% of those registered with the network could even file their summary returns for transactions undertaken in July.

Also Read: To Save ‘Make in India’, Fix GST for Small and Medium Businesses

The GST Council has set up a separate committee to address the systems related problems. This team is interfacing with Infosys, which was tasked with putting in place the software technology for a smooth implementation of GST.

It may take over six months for all the GST glitches to be smoothened. Politically, it appears Modi may have to abandon the “Sardar Patel narrative” as the positive effects of GST, if any, are not likely to come until early 2019. The damage done to the informal and unorganised sectors by the combination of demonetisation and GST will take longer to repair. From all appearance, this government is not even interested in assessing the damage to the unorganised sectors. It remains in denial and the leadership actually believes a lot of benefits will flow on account of the forced, almost brutally effected, formalisation of the economy.

The political economy impact of all this will play out by 2019 general elections.