One month after MHA ordered a CAG audit, Rajya Sabha MP Subhash Chandra’s son stepped down as director of a company involved in the Mizoram state lottery violations. 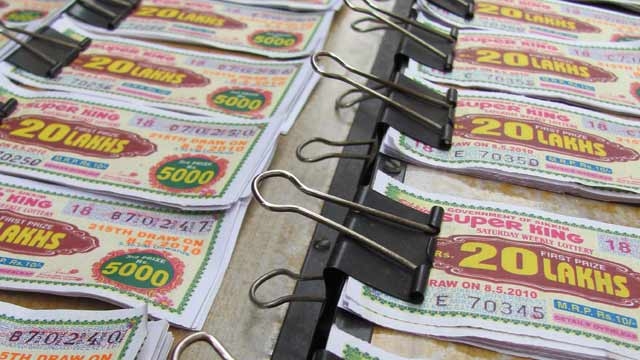 Is Mizoram doing enough to clean up its state lottery? Credit: PTI 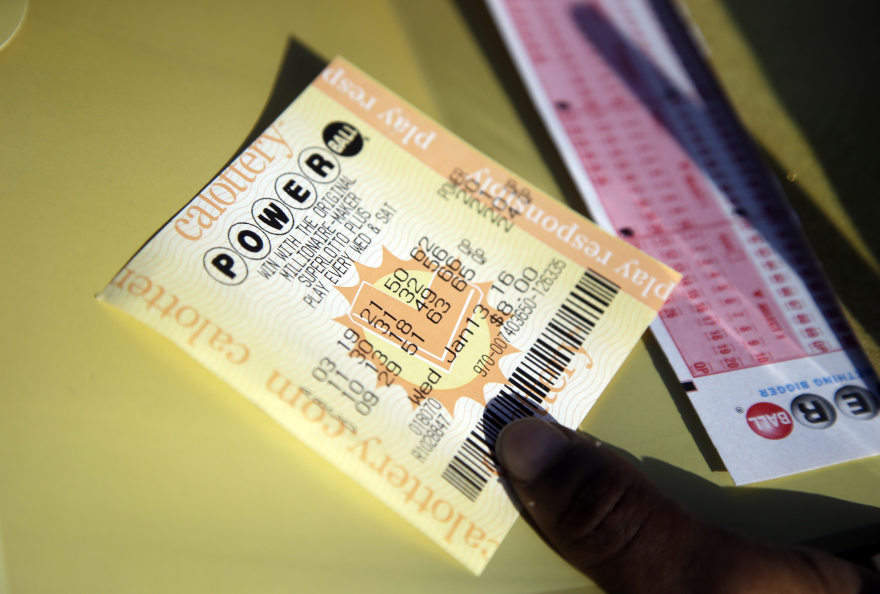 In June 2016, the home affairs ministry sent a warning to Mizoram, Sikkim and Goa, asking them to take urgent action.

New Delhi: Six months before the Comptroller & Auditor General of India (CAG) tabled a report that severely criticised four private companies and the Mizoram state government over irregularities in the way the state’s lottery was run, the Ministry of Home Affairs had warned the state of potential violations and urged it to take action.

The Wire in June 2017 published a story that pointed out how one of the companies identified  by the CAG was E-Cool Gaming Solutions Pvt Ltd – a company co-owned by Amit Goenka and Ashok Goel, Chandra’s son and brother respectively. (Ninety percent equity shares are held by the Goenka and Goel and the remaining  10% equity shares are held by Prajatma Enterprises LLP, in which some employees of Essel Group companies are ‘designated partners’).

However, six months before the CAG’s report was tabled, the MHA was apprised of a wide range of alleged violations and sent a letter warning the chief secretary of Mizoram – along with the chief secretaries of Sikkim and Goa – of “serious violations of lottery rules/act” and urged them to take action.

The letter – which was sent in July 2016 and a copy of which The Wire has accessed – is titled “Serious violations of Lotteries (Regulations) Act, 1998 and Lotteries (Regulation) Rules, 2010 by M/s Summit Online Trade Solutions and Pan India Network in running online lotteries of Goa, Sikkim and Mizoram state”.

The “Pan India Network” referred to in the MHA letter here is also an Essel Group company that Chandra prominently claims to be part of his conglomerate – the company’s website currently identifies his son Amit Goenka as “CEO”, although Goenka is not a current director in the company.

Goenka stepped down before CAG probe

What do we know about E-Cool Gaming? As per its registrar of companies (ROC) filings, Chandra was one of the initial three signatories to its memorandum of association and a significant shareholder (with a 45% stake) when the company was first started in 2001. Over the years, this stake appears to have been transferred to his son, Goenka.

According to documents accessed by The Wire, Goenka stepped down from E-Cool Gaming’s board on November 24, 2015 – around one month after the MHA ordered the CAG to investigate lotteries conducted in Mizoram and other north-eastern states. Goenka, however, continues to retain his shares in E-Cool despite stepping down as director, according to the company’s latest ROC filings.

Neither Essel Group nor E-Cool Gaming or any of the other firms named by the CAG have chosen to respond to the irregularities pointed out by the CAG. Essel Group officials have also till date, not responded to the emailed questionnaire sent by The Wire. E-Cool Gaming however has decided to file a criminal defamation complaint against The Wire, its editors and the author of the article in the court of the chief judicial magistrate of Aizawl, Mizoram for lowering the “reputation, respect and goodwill of the complainant company”.

Both the state government and the company have failed to provide convincing reasons for why  a flawed revenue-sharing model based on minimum guaranteed revenue was adopted, which ultimately resulted in non-compliance of the statutory obligations of depositing revenues received from the lottery sales to the consolidated fund of the state.

The 2016 letter from the MHA is particularly illuminating because it shows the Centre was aware of the extent to which various online state lotteries had violated central regulations. In 2015, when it ordered a CAG probe it was primarily concerned with money linked to alleged lottery mafia don Santiago Martin and its effect on the impending Bihar elections.

By 2016 however, the ministry had received multiple complaints. Sent by S.K. Bhalla, who is a director in the MHA, the ministry’s letter attaches a detailed complaint regarding the conduct of lotteries in Goa, Sikkim and Mizoram from the Kerala government and a Delhi-based advocate, Rajesh Agrawal. 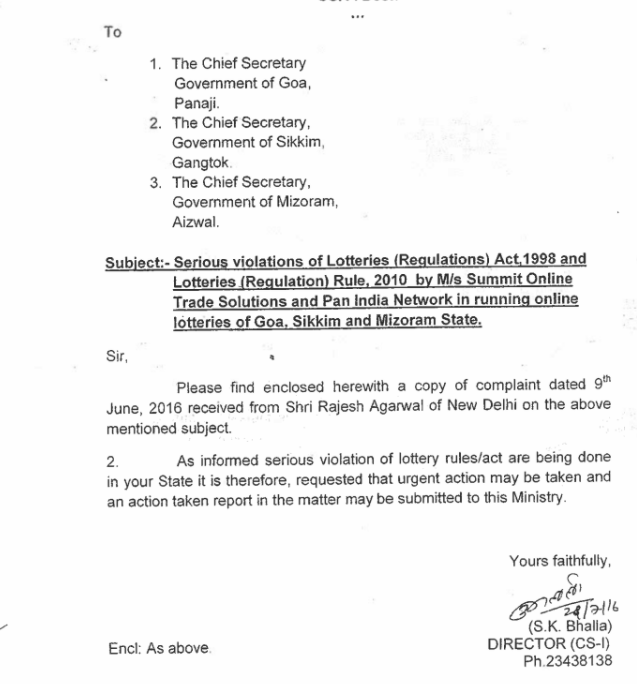 A copy of the letter that the home ministry sent to Mizoram and other state governments.

Agrawal claimed that distributors appointed by various state governments, including the government of Mizoram were blatantly contravening provisions of the Lotteries (Regulation) Act, Rules and directives of the central government. Agrawal, through his correspondence with the MHA, also alleged that lottery tickets were not printed in government or RBI approved printing press, although the same has been mandated by law.

He further claimed that the winning numbers are not picked in a mechanical and transparent manner by the Mizoram government, (although the same has been mandated by the Central government), which makes the lottery results susceptible to manipulation.

Agrawal further alleges that the state government has no control over the software and server, although this is stipulated in the Central rules, which again raises questions on the authenticity of the lottery draws.

The complaint also notes that certain card games are offered by distributors authorised by the Mizoram, Sikkim and Arunachal Pradesh governments under the garb of organising lotteries, which again is not permissible under the Lotteries (Regulation) Act (as lotteries have to be organised only on the basis of numerics and not any other pre-fixed or suffixed alphabets).

As pointed out above, the MHA forwarded this complaint to the chief secretaries of Mizoram, Sikkim and Goa on July 23, 2016 noting that ‘urgent action may be taken and an action taken report in the matter may be submitted to this Ministry.’

However, no response from any state government has been given till date, as per records accessed by this writer under the RTI Act. The Wire sent detailed questionnaires to the chief secretaries of Mizoram and Sikkim – asking specifically whether the state governments took cognisance of the MHA’s complaint and request for action – and will update the story if we receive a response.

Senior home ministry officials also confirmed to The Wire that they had been looking into issues surrounding the state’s lottery and that there had been precious little follow-up beyond starting the process of amending and strengthening current lottery regulations.

The Kerala government has also made similar allegations and vociferously opposed the sale of Mizoram lottery tickets claiming that ‘they violate all provisions of the Central Act and Rules’ (Lotteries (Regulation) Act and Rules).

The Kerala government, through at least three letters on October 26, 2016, November 5, 2016, and November 24, 2016, asked the Centre to ban the sale of Mizoram state lotteries as they do not comply with various statutory provisions and for providing inadequate information regarding the sale of their lotteries in Kerala. [Under the Lotteries (Regulation) Rules, a state government can ask the centre to ban the sale of lotteries of another state within its territory if it fails to comply with legal requirements. The Kerala government has in the past got the Centre to indefinitely ban sale of Sikkim and Bhutan lotteries within its territories due to similar non-compliances].

The MHA reacted to this allegation by asking the Mizoram government on October 31,2016 to respond to the queries raised by the Kerala government within two weeks. According to sources, there has been no response to this communiqué of the Centre till date.

More recently, the Kerala government has resisted the sale of Mizoram lotteries in the state, pointing out to the irregularities noted in the CAG report, and even asked for the Mizoram Lotteries director to be prosecuted for statutory lapses.

The Mizoram government responded to Kerala’s objections by withdrawing the sale of its lotteries in the territory of Kerala.

Despite the violations of law brought to its notice by the CAG, the Kerala government and other private individuals, the Centre has been reluctant to initiate a probe or follow-up with the Mizoram government on the action it has taken on the complaints.

For instance, Section 4(d) of the Lotteries (Regulation) Act along with Rule 3(17) of the Lotteries (Regulation) Rules require the entire sale proceeds from lotteries to be deposited in the consolidated fund of the state. The Mizoram lottery adopted a model that went around this obligation – a decision that the CAG said paints a picture of a “State-authorised” rather than “State-organised” lottery – and resulted in paltry revenue for the state.

The head of the lottery department as well as the lottery distributors appointed by the state governments can be punished with imprisonment up to two years for this contravention under Section 7 of the Lotteries (Regulation) Act.

Further, the CAG also alludes to the fact that tenders were awarded in a non-transparent manner by the Mizoram government with one-sided contractual provisions favouring the distributor companies. This prima facie, the CAG implies, has resulted in a windfall gain for the lottery distributor and no demonstrable public interest is involved.

Two out of the four companies that figure in the CAG’s report on the Mizoram state lottery are associated with prominent lottery-sector industrialists: Subhash Chandra (Essel, E-Cool Gaming) and Santiago Martin (Martin Lotteries, Teesta Distributors). Martin, a notorious figure in the lottery industry who has deep cross-party connections, has over the last decade run into trouble in multiple states over violations of various lottery regulations. Two years ago, it was reported that Martin’s son, Charles Martin, joined the BJP in June 2015.

Despite these allegations, and indeed the home ministry’s knowledge, neither the Centre nor the Mizoram state government has shown serious interest in probing the lottery irregularities so far.