Planned monitoring includes breaking down foreign contribution receipts “purpose-wise and country-wise” while carrying out a monthly trend analysis of the “credit and debit transactions” of “top persons”. 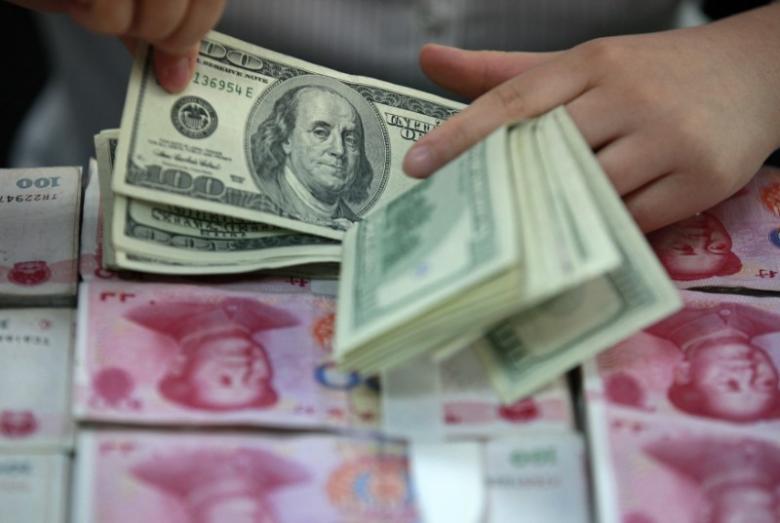 The home ministry wants a on-the-fingertip breakdown of how foreign funding shapes the NGO ecosystem in India. Credit: Reuters

New Delhi: Nearly two years after the Modi government decided to implement stricter checks on the flow and usage of foreign funds by NGOs in India, the home ministry’s efforts to link the bank accounts of NGOs with a central government digital payment processing system hasn’t gone off smoothly.

Nevertheless, according to people with direct knowledge of the matter, as the kinks get worked out, it will become the government’s most expansive attempt at monitoring and analysing the bank accounts and expenditure of foreign-funded NGOs.

According to internal home ministry documentation, in addition to automated alerts for basic bank transactions, the MHA plans on keeping a track of “sudden rise in foreign contribution credit of persons” as well as a “month-wise trend analysis” of the credit and debit transactions of “top persons”.

In June 2015, media reports detailed the home ministry’s efforts to construct an automated system whereby it would receive real-time alerts of when NGOs received foreign funds. The decision to do so came just months after the Modi government cancelled the licenses of nearly 13,000 NGOs for alleged violation of rules that governed foreign funding.

The goal, quite simply, was to link the bank accounts of NGOs that came under the Foreign Contribution Regulation Act (FCRA) to the Centre’s public financial management system (PFMS). The PMFS, managed by the finance ministry’s controller general of accounts, handles the processing and tracking of payments for a number of government schemes including MGNREGS.

The FCRA-PFMS system therefore would monitor the receipt and utilisation of any foreign contribution credited in the bank accounts of NGOs that had received permission to accept foreign funds under the FCRA.

What kind of tracking?

“The basic idea for automated, 24×7 monitoring was two-fold. Firstly, to crack down on any potential violations immediately, rather than noticing it months after. Another issue was that many NGOs simply didn’t file the FCRA returns they were supposed to, so if there was some direct, bank monitoring system that the MHA could directly handle, it would be good,” a senior government official, who declined to be identified, told The Wire.

A home ministry note from March, which The Wire has reviewed, points out what features the FCRA-PFMS is expected to have. They include “automated alerts for the bank account[s] of watch-listed persons” as well as “year-wise returns filed and amount received”.

However, government officials, who help build and maintain the FCRA-PFMS system, also point out that several home ministry departments want the ability to quickly collate basic information and build profiles of the inflow of funds from various countries and organisations.

Therefore, the home ministry’s tracking system is also likely to start filing away information such as “purpose-wise, year-wise foreign contribution receipts” in addition to breaking down foreign inflows into further categories such as “donor”, “person” and “country”.

“This helps the MHA and different intelligence agencies when they want to look at a certain section of NGOs. What countries and organisations fund a certain type of NGO? And how often do they do it and how much do they give? This is basic collation and a basic breakdown that is extremely helpful to have at one’s fingertips, especially when thinking of prevention of terror incidents,” a government official said.

The home ministry note also goes into some depth on what sort of analysis could be undertaken based on the account monitoring. The means by which foreign-funded NGOs conduct transactions appears to be of particular interest.

For instance, one area of interest includes the “total transaction amount by different instrument type (cheque, voucher, cash Internet etc)”. The ministry seems set on compiling a list of the “top ten persons having maximum count of cash transaction for debit”. Or in other words, NGOs that receive funds digitally from other countries but end up withdrawing a significant portion of that money engaging in cash-based transactions.

Another potential point of monitoring states simply: “Year-wise/month-wise trend analysis [of] credit/debit of top persons”. While the ministry note doesn’t state who these “top persons” are, officials pointed out that the larger picture was to get a feel for the “sense and shape of foreign funding” that flows into NGOs in India.

Although the FCRA-PFMS system was envisioned as far back as 2015, as of March 2017, it still struggled to operate smoothly. This, officials says, is because of two major reasons. Firstly, roughly 15% of NGOs that have received foreign funding (latest stats say there are around 24,000 functioning NGOs in India) don’t have their bank accounts with institutions that have core-banking facilities – these are primarily cooperative or state government-owned apex banks. If the institution does not have core-banking facilities, its impossible for the RBI, and therefore the MHA, to have real-time updates on transactions.

Secondly, according to sources, the internal banking systems (intranets) of various banks (nationalised and private) only update their intranets with transaction data of FCRA-sanctioned accounts once in 24 or 36 hours. This means that even if the home ministry wanted automatic updates on transaction activity, it was not able to get it from NGOs that had accounts with certain banks.

According to sources, while one home ministry department has tried to urge the RBI to have this issue fixed in late 2016 and early 2017, it has only just started making some headway. In March, the home ministry announced publicly in the Rajya Sabha that it had requested “RBI Banks to integrate FCRA accounts with the Public Financial Management System” – a sign that even though the MHA wanted this project done by 2015, it was still struggling as of 2017.