The public interest litigation seeks the divestment of 32% shares held by public sector insurance companies in the tobacco major ITC.

The government of India, through five state-run insurance companies and Specified Undertaking of Unit Trust of India, owns a 32% stake in ITC. Credit: Reuters

The public interest litigation seeks the divestment of 32% shares held by public sector insurance companies in the tobacco major ITC. 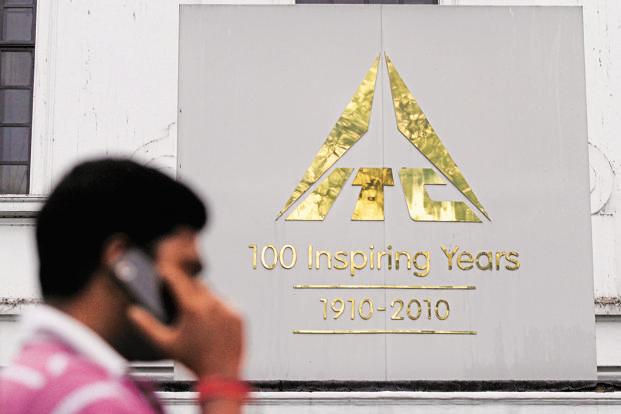 The government of India, through five state-run insurance companies and Specified Undertaking of Unit Trust of India, owns a 32% stake in ITC. Credit: Reuters

New Delhi: Kicking off a public interest litigation (PIL) filed against Life Insurance Corporation’s (LIC) investments in tobacco majors such as Indian Tobacco Company Ltd (ITC), LIC told the Bombay high court on Friday that the petition was “frivolous,” an “abuse of the process of law” and “ought not to be entertained”.

LIC says they have only made “approved investments” to “the extent permitted by law”. This was after it spoke about what statutory provisions and guidelines LIC is governed by, including the LIC Act, the Insurance Act, the Insurance Regulatory and Development Authority (IRDA) Act and the Securities and Exchange Board of India (SEBI) Act.

In February this year, SUUTI divested 2% of its stake in ITC. However, this 2% was soon picked up by LIC, which brought its overall shareholding in ITC to 16.32% – IRDA only allows insurers to hold upto 15% stake in a company. LIC told MoneyControl that this should be considered a strategic and exceptional move and they would follow investment norms “in all other cases.”

The petitioners drew attention in their submission to LIC’s moto: yogakshemam vahamyaha (your welfare is our responsibility). To this, LIC said twice that they are “committed towards welfare of its policy holders, investors and public at large,” in that order. The corporate social responsibility policy of LIC, however, says that it promotes de-addiction programmes and one of its goals is to promote preventive health care.

About ITC, LIC speaks in positive terms saying they look at companies with “good governance and good track record, ITC being one such company.” LIC also says that ITC Ltd is a well-regarded share and an outperforming stock which is profit-making.

On its investments in the secondary market, LIC says it follows a conservative strategy, in regard to millions of policy holders it protects. Their aim and primary obligation is to see that returns are maximised, with minimum risk. None of this is “contrary to its aims and objectives, corporate social responsibility policy or the LIC Act,” they told the court.

They also drew attention to the fact that they are under direct control and supervision of the central government’s laws and rules, and hence cannot be against the policies of the government, as the petitioners allege. At present, investments in tobacco are not prohibited in Indian law, either for public sector companies or for private companies. Public sector companies, like LIC, are allowed to invest in the secondary market. Indian laws such as Cigarettes and Other Tobacco Products Act (COTPA) only regulate the production, sale, distribution and consumption of tobacco. However, this PIL is asking for the court to direct the government formulate a policy on investments in tobacco companies.

There is an “inherent, undeniable and irreconcilable contradiction between the nature and object of life insurance companies and the tobacco industry,” say the petitioners. However in India, some of the biggest investments over time have been made by public sector insurance companies, an irony that has driven the petitioners to push for this limited aim in their petition, to get these five companies to divest their 32% holding in ITC, besides their investments in other tobacco companies.

The petitioners say this behavior by government entities, violates Article 21 of the Indian Constitution, which guarantees the right to life, as well as Article 47, which directs states to take steps to prohibit the use of intoxicants and to improve health. The government has been taking steps in this direction, for example, through the National Tobacco Control Program (NTCP) and the Framework Convention on Tobacco Control (FCTC).

India is state party to the World Health Organization’s FCTC. The petitioners say that public sector investment in tobacco serves to “de-horse the spirit and intent of the FCTC.”

Article 5.3 of the FCTC says: “In setting and implementing their public health policies with respect to tobacco control, Parties shall act to protect these policies from commercial and other vested interests of the tobacco industry in accordance with national law.”

A 2014 study commissioned by the government on tobacco, titled Economic Burden of Tobacco Related Diseases in India, said the estimated economic costs attributable to diseases from tobacco use in India in 2011 was 1.16% of the GDP. This was 12% more than the combined health expenditures of the state and central government in that year.

There are seven petitioners in this case. The main petitioner is Sumitra Hooda Pednekar, widow of Maharashtra’s former home and labour minister, Satish Pednekar. Satish Pednekar died of throat cancer due to his tobacco addiction. The others include Dr Pankaj Chaturvedi who is a cancer surgeon at Tata Memorial Hospital, R. Venkataramanan who is the managing trustee of Tata Trusts, Ashish Deshmukh who is a MLA in Maharashtra and Dr Prakash C. Gupta, who is the director of Healis-Sekhsaria Institute of Public Health.