Watch | 'COVID-19 Crisis an Opportunity to Restructure Indian Economy, Modi the Man to Do It'

In an interview to Karan Thapar, the chairman of Maruti, R.C. Bhargava said the attitude of Indian industrialists and their unwillingness to change their lifestyle and the way they treat their workers is at the heart of many problems. 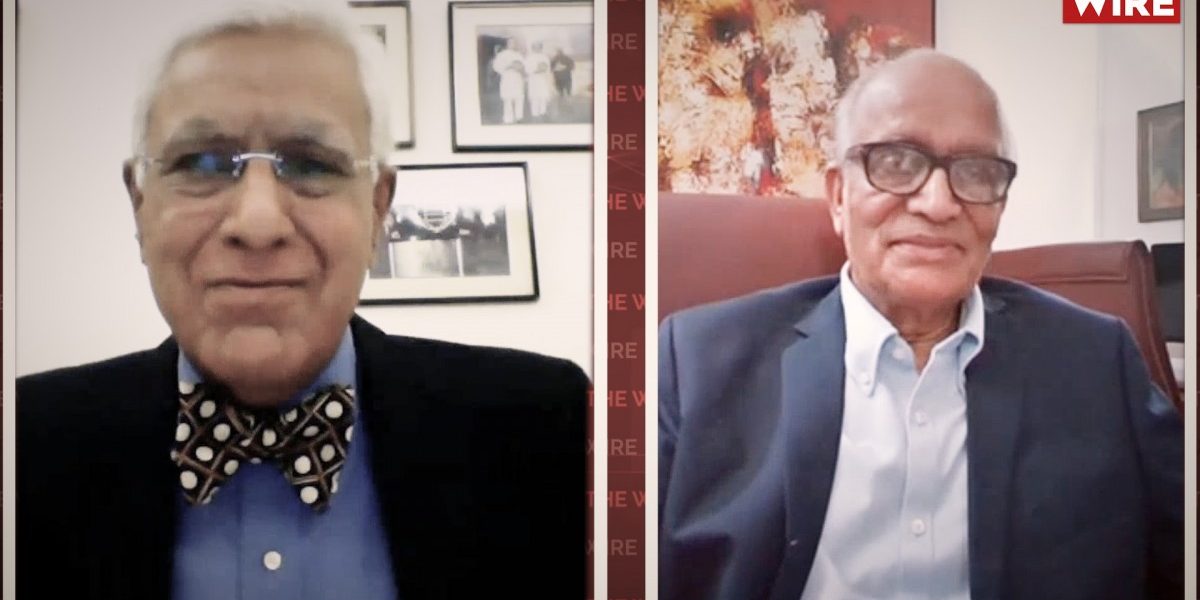 In an interview to mark the launch of his recent book Getting Competitive: a Practitioner’s Guide for India, which also expands to cover how he views the state of the economy today and the way in which Prime Minister Narendra Modi should respond to the COVID-19 crisis, the chairman of Maruti has sharply criticised the attitude of Indian industrialists.

Whilst advocating the Japanese way of working, where management and workers are considered a single team, R.C. Bhargava says unfortunately the success of Maruti has not been emulated by other industrialists. He says they are averse to the Japanese model because they are enamoured of western style consumerism and extravagance. Speaking of such industrialists he said: “Top management cannot lead a life of luxury and opulence…they cannot continue to treat their companies and industries as personal assets.”


In a 42-minute interview to Karan Thapar for The Wire, Bhargava said that he was surprised the Maruti success story, which in his book he says is based upon the Japanese model of working, has not been emulated by other industrialists. He said he was astonished that “such a success story has not led many others to follow what we’re doing”. The problem, he explained, is the attitude of Indian industrialists and their unwillingness to change their lifestyle and the way they treat their workers. This is also holding back India’s manufacturing growth.

In the interview, Bhargava was also sharply critical of bureaucrats even though he has himself spent 25 years in the IAS. He said, though they advise on manufacturing policy and then implement it, they are essentially administrators who only know how to maintain law and order. They are risk averse, follow precedents and become inflexible in their thinking. Consequently, they do not understand the requirements of business and industry and the importance of policies that facilitate cutting the cost of manufacturing goods. As he put it: “Manufacturing growth can only accelerate if the cost of manufactured goods is kept as low as possible while quality keeps improving.” Bureaucrats don’t understand this and, therefore, don’t facilitate it.

He said bureaucrats need to be trained and taught about the needs and requirements of manufacturing. He also advocated a specialist cadre of such officers for the economic ministries.

Bhargava called for industry and manufacturing-oriented education of bureaucrats. He said this is not necessary at the level of the IAS academy in Mussoorie but it is certainly required five or six years later, particularly for those civil servants who show some understanding of entrepreneurship and industry.

Speaking about the impact of the health crisis, Bhargava said this was “an excellent opportunity to completely restructure the economy”. He said government must “re-look at policies that impact industry and ask whether they have the wrong impact on the cost of manufacturing”.

In one particularly pointed response he said: “government must in writing tell officers that the job of government is to facilitate private industry competition”. He particularly emphasised that oral instructions would not be enough. This has to be done in writing.

Speaking more widely, Bhargava told The Wire he believes Prime Minister Modi is the sort of conviction-laden politician needed to completely restructure and rethink the economy. He says he’s known Modi for 10 years and believes he understands the critical importance of boosting manufacturing and also that poverty cannot be tackled using methods used in the past. Manufacturing growth is necessary to create employment and jobs.

The problem, Bhargava said, is that the system is not letting Modi act. By the system he means not just the opposition in parliament but also members of Modi’s own government.

Bhargava also said India doesn’t have economists who can guide and advise Modi on how to boost manufacturing. Consequently, the prime minister understands the need to do this but is unable to act because of the obstacles placed in his way.

IBhargava also spoke about Maruti. He said production had increased manifold in June compared to May and he expected it would rise further in July. However, production in July this year compared to July 2019 would be lower but, he added, “not by too much”.

He  said there was significant pent-up demand, created both by the lockdowns and by the economic situation of 2019-20, as a result of which demand was “higher than this time last year”.

The above is a paraphrased precis of R.C. Bhargava’s interview to Karan Thapar for The Wire. Please see the full interview for further details.