Is India Missing Out on the Cannabis Dollar?

The illegal marijuana trade thrives in India, making billions for the mafia, while stealing from the government and public treasury. Legalisation could change this. 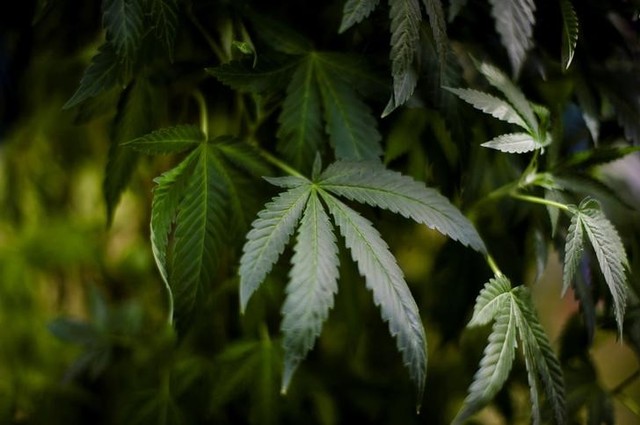 FILE PHOTO: A marijuana plant is seen at the The Global Marijuana March in Toronto, May 7, 2011. Credit: Reuters/Mark Blinch/File Photo

As the legal cannabis industry soars post COVID-19, market reports indicate that marijuana-related businesses in the United States could touch $15 billion by December.

This is 40% jump from 2019. Keeping their eyes on the cannabis dollar, countries such as Uruguay, Peru, UK and much closer home Thailand are swiftly enacting new rules facilitating exports, research and industry. So why does India lag behind? Are we missing out on a chance to conserve and develop our native marijuana (Cannabis Indica) and Hemp (Cannabis Sativa L) plant genetic resources?

From the verses of the Arthavaveda to Bollywood’s “Dum Maro Dum”, our civilization has shared a very sacred relationship with Cannabis. Marijuana and its derivates were used from making medicine, cloth to hempcrete. As a result India became a treasure trove for Cannabis, as each region across India co-evolved countless sub-varieties. But in 1985, under American pressure the Rajiv Gandhi government banned marijuana with the exception of Bhang, but thus India was forced to abandon conservation and R&D too.

Today, marijuana and hemp have been rediscovered by the West, as its myriad application range from cancer treatment to bio-fuel. Despite the international treaty, American industry spearheads the movement for legalization and also has a lion’s share of the global legal marijuana and hemp profits.  They also possess the largest repositories of plant genetic resources (PGR) of cannabis, including Indica varieties, and patenting new products based on PGR from around the world and then selling finished products back to those countries.

This should send alarm bells as India’s cannabis PGR are most vulnerable from bio-piracy and genetic contamination. With stigma around marijuana the government has failed to conserve this valuable resource. There are no or marginal efforts to create seeds banks or take up germplasm conservation and categorization. Due to lack of conservation, it was open season for bio-pirates, who could take Indian seeds from across the country to foreign seed facilities for R&D. Today a detailed analysis of germplasm is privately owned outside India. After all the important resources were shipped out, a new trend emerged, where eco-sensitive zones in Himachal Pradesh, Uttrakhand, etc, were contaminated with Genetically Modified (GM) and foreign seeds by various agents. It will be Herculean task of conservators to extract pure genetic resources of these biodiversity hotspots.

The illegal marijuana trade thrives in India making billions for the mafia, while stealing from the government and public treasury. But the government can still step in and with a few policy tweaks begin to ride the legal cannabis dollar wave.

All agriculture begins from seed hence the government should allow conservation of marijuana and hemp PGR to be conserved by ICAR, and other agricultural and biodiversity research institutions. Private sector should also be encouraged to begin conservation and R&D on marijuana seeds. This can be done under license for marijuana similar to opium production but for Hemp private and public sector research should be completely deregulated. Indian seed companies need be allowed to study and research native varieties with farmers or by building research station.  Areas such Himachal Pradesh, Uttrakhand, UP, Kerala, and parts of the North-east can serve as good locations. Farmers and private sector should be freely allowed to grow and research hemp (non-intoxicating fibrous variety) and hemp seeds to boost their incomes. This way India can become a seed hub for cannabis seeds for the world.

Countries like Israel and Germany are importing millions of dollars worth of medical marijuana flower each year, and the demand is only about to skyrocket. India is already a big exporter of illegal marijuana and Charas (Hash). By creating custom export zones from the farmers fields to the ports and backed up by an eco-system of  processing plants ( pharma to fibre , etc) and allied industry India can become a global leader.  Besides exports, medical marijuana can also help millions of Indians suffering from cancer. Studies have indicated that marijuana helps cancers patients heal in many ways.

Being the land of Ayurveda, India ought to have a strong Indian cannabis pharma industry. By adopting traditional knowledge through policy, we can reduce costs and providing alternative treatment for cancer patients globally too. We need to de-stigmatise the plant and see it for the uses as our ancestors did.

Hemp also has the potential to dethrone King Cotton and bring a revolution in the Indian textile sector. It takes 2,700 litres of water to produce one cotton T-shirt.  And cotton accounts for 2.5% of the world’s agricultural land, it consumes 16% of all the insecticides and 6,8% of all herbicides used worldwide.  Many of the pesticide-related farmer deaths were from cotton farms too. Hemp can change this scenario and produce 200%–250% more fibre in the same amount of land compared to cotton. Hemp requires almost no pesticides and very little water. The fabric is more durable and can be grown across India. If adopted this will be a big boost for decentralisation of the textile sector as every farmer can now produce fibre crops very sustainably. Due to all these factors, the global demand for hemp textiles is increasing. Indian states can follow Uttrakhand’s model to deregulate hemp for farmers can take advantage of this demand.

The cannabis plant and seeds apart from being labeled a ‘super-foods’ as per studies, is also a super-industrial carbon negative raw material. Each part of the plant can be used for some industry. Hemp currently is also being used to make bio-fuel, bio-plastics and even construction material in certain countries. Cosmetic industry has also embraced Hemp seeds.

Overall as legalization and research grows, the cannabis dollar wave in the future may be over a trillion dollar high. Given our natural disposition and vast pool of genetic resources, public-private sector should be encouraged to harness this gift of nature or be prepared to atrophy Atma Nirbhar Bharat by another wave of patents and foreign corporatization of Indian resources. It now depends on our policy makers, whether they can prepare us to surf cannabis dollar wave or let Indians sink under it?