Exports from labour-intensive industries have either showed outright declines or reported anaemic growth. This is an ominous sign for job creation in India. 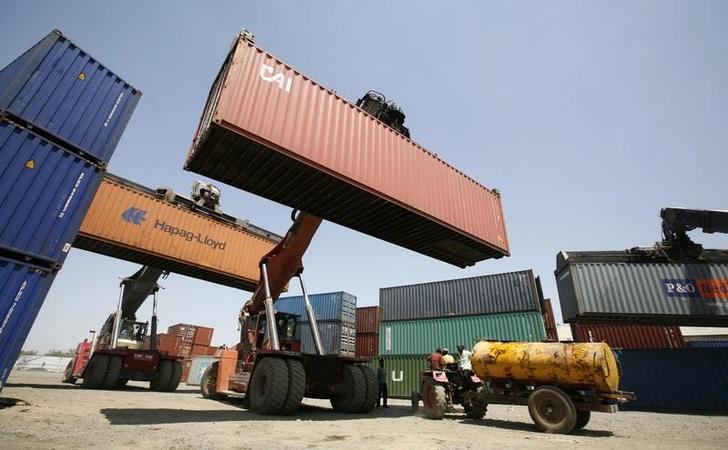 The transition to the Goods and Services Tax regime has hurt and confused exporters as well. Credit: Reuters

Prime Minister Narendra Modi, during the launch of the goods and services tax (GST) regime, described it as a “good and simple tax” that would end harassment of traders and small businesses and integrate India into one market with one tax rate.

However, it has not turned out that way at all, at least as far as exporters are concerned. Indian exporters are already feeling pressure on their margins because of rupee which has appreciated by nearly 7% this year.  GST issues could add to their woes.

Exporters, especially small ones, are having a tough time complying with the new indirect tax regime. Not only that, they also fear a loss of competitiveness due to higher working capital requirements and tedious documentation work.

Latest export data from July, which paints a lacklustre picture, has only deepened this fear. While Bangladesh reported annual growth of 26.54% in its July exports, driven by the robust performance of its ready-made garment sector, India’s export growth slowed to 3.94% from 4.39% in June.

Exports from labour-intensive industries like garments, leather and gems and jewellery, dominated by micro, small and medium enterprises, either showed outright declines or reported anaemic growth.

This trend might continue in August as confusion over GST compliance has not cleared up, say exporters.

Not only exporters, small vendors too are finding it difficult to comply with the new tax regime and consequently, the entire supply chain is getting affected, said a company with manufacturing facility in Udyog Vihar, Gurgaon.

At a time when large corporate houses are reeling under debts and reluctant to make a fresh investment, the slowdown in exports spells more trouble for the manufacturing and the GDP growth which lost further momentum in the April-June 2017 quarter and slowed to a three-year low of 5.7%.

Exporters said that post-GST, their flexibility to recover input tax has reduced. They are also gripped by a lurking fear that their input suppliers might collect tax from them but fail to deposit on time. In such a situation, the tax department could delay disbursement of input credit, which would lead to an increase in working capital requirement.

Further, the sharp reduction in drawback rates, from 11% to 3%, threatens to dent competitiveness of Indian exporters and slow export growth, said industry sources.

Exporters say their problem started right from the stage of registration on GST portal and still continues.

They first struggled to get clarity over GST rates and then to understand how to prepare invoices for sales during the transition period and self-invoices for purchases made from small vendors outside the ambit of GST. Now as the September 5 deadline for filing sales returns looms, they are feeling nervous.

Small exporters are disadvantaged vis-a-vis big players like those with coveted star trading house tag as they are being asked to furnish bonds and Letter of Undertaking (LUT) to local commissioners unlike the latter.

India’s export of gems and jewellery contracted by nearly 23% in July. Exports of readymade garments (including those made of cotton, man-made and other fibres) registered 15% drop during the month, according to data compiled by Coimbatore based Indian Texpreneurs’ Federation (ITF).

The 15% drop in apparel exports is a disappointing trend, especially because Bangladesh’s garment exports increased by 18% in the same period, ITF said in its analysis.

During the month, exports of man-made fibre (MMF) textiles, including yarn, fabrics and made-ups but excluding garments, also fell by 4%.

The growth in leather and leather exports was positive but anaemic at 1.73%  during the month.

India’s apparel exports continue to remain volatile and tepid with the global apparel trade not showing any signs of uptick amid subdued demand trends in the key importing countries. The latest trends point towards a third consecutive year of decline in global apparel trade, credit rating agency ICRA said in a recent report.

“Although we have witnessed brief phases of growth in the past 18 months, the trend has been unsustainable and has failed to instil confidence. In such a scenario, sustained growth in India’s apparel exports remains challenging. The challenges have been further augmented by the appreciation of Indian rupee in recent months which has reduced the competitiveness of Indian exporters vis-a-vis global counterparts,” said Says Jayanta Roy, senior vice-president and group head, corporate sector ratings, ICRA, in a statement.

For example, India’s textiles and apparel sector alone contributes about 10% to manufacturing production, 2%  to the GDP and 15% to the country’s total exports earnings. The sector is the second largest employment provider in the country, employing about 5.1 crore people directly and 6.8 crore people indirectly in FY 2015-16.

The apparel and garment sector provides employment to 1.23 crore people as per data compiled for 2016-17.

At a time when big corporate houses are shedding jobs, these export-oriented sectors have been quite resilient. But the precipitous drop in India’s traditional exports, where it enjoys labour cost advantage, does not augur well for job growth.