The Long and Short of India's Bullet Train

From ruling out competitive bidding to fighting against low-cost airlines, there are many economic factors that will determine the success of the project. 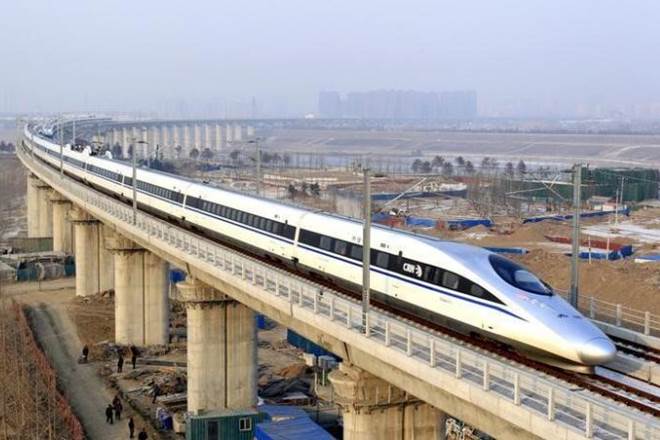 India could have saved as much as $3.2 billion on construction of  the Mumbai-Ahmedabad bullet train system if it had invited bids instead of awarding the project to Japan on a nomination basis. At least, that is what emerges from a cost comparison with similar high-speed rail (HSR) projects built in other countries in recent years.

According to the World Bank that analysed the cost structure of HSR projects built in different countries in recent years, rail infrastructure accounts for 82% of the total project cost (excluding land, rolling stock and interest during construction).

The cost of the Mumbai-Ahmedabad HSR project is estimated at $17 billion (Rs 1.1 lakh crore). Based on that, the construction cost of project rail infrastructure works out to $27.44 million per km.

Japan will provide a 50-year loan of Rs 88,000 crore to finance the project at a 0.1% interest rate, which sounds quite tempting. However, given the difference in inflation between India and Japan, the Japanese yen is projected to appreciate against the Indian rupee over the loan repayment period, potentially wiping out the gain of a low interest rate.

As India is required to source equipment exclusively from Japanese vendors for the project, the possibility of the latter overcharging to make up for the loss on account of interest rate cannot be ruled out.  What is more, there is no way for India to find out if Japanese suppliers have resorted to such a tactic.

While Japan will provide Rs 88,000 crore loan, the Indian railway will have to bring in the balance Rs 22,000 crore as equity to finance the project.

Also read: The Mumbai-Ahmedabad Bullet Train Is Many Things, But It’s Not Free

The Narendra Modi government has advertised the project as a symbol of new India that would significantly reduce travel time (from seven hours to about two hours) between Mumbai and Ahmadabad and spur economic growth in the region. But critics say it is difficult to justify a grandiose and expensive project like the bullet train at a time when the existing rail infrastructure in the country is creaking and train derailments, accidents have become a daily occurrence, instilling fear among passengers.

India’s death toll of 193 from train derailments in 2016-17 was the highest in a decade. But it looks like the figure could be surpassed this year.

India also comes in at 134 in the World Bank’s global ranking, with a per capita GDP of $1709, far below countries like Singapore, Malaysia, Indonesia and Thailand that aspire for bullet trains. Indonesia, which comes closest to India among all these countries, has a per capita GDP of $3,570, more than double that of India.

The country’s healthcare and education infrastructure, which are critical for sustained economic growth, need massive investment to cope with growing demand.

As per World Bank estimates, India’s per capita healthcare expenditure is  $60, quite low compared to other BRICS countries  like China ($ 300) and  Brazil ($1000).  In GDP terms,  public expenditure on health is estimated at 1.2% of GDP.

India’s spending on education has fallen to 3.71% of GDP in 2017-18 budget from 4.4% in 1999, hurting the prospects of improvement in quality of education for children.

The Kothari Education Commission had recommended a budgetary allocation of 6% of GDP on education. But instead of ramping up allocations for these sectors, the government is splurging on bullet trains.

Viability of the project

It is a big economic gamble by the Modi government as there is no guarantee the project will be profitable given its high fares estimated at Rs 3,000-Rs 5,000. The proposed bullet train will have to compete with airlines flying on the Mumbai-Ahmedabad route, which would limit its ability to raise fares.

With oil prices projected to remain moderate in the foreseeable future, the bullet train is going to face tough competition from low-cost carriers for traffic. This threat looks real given how the Indian Railways has lost its upper end travellers to budget airlines in recent years.

While air traffic grew by 23% to 7.7 crore during April-December 2016, the number of passengers travelling in railway AC coaches posted tepid growth of less than 5%.

Also read: Critics, India’s Bullet Train Project Could Be the Path to the Future

As per the railway’s own projection, local airlines will fly more passengers than its AC coaches by 2019-20.

Anyway, the cost economics of bullet trains is prone to demand risks. According to a discussion paper jointly prepared by the Organisation for Economic Cooperation and Development (OECD) and International Transport Forum, “The engineering of HSR is complicated but its economics is very simple. High proportion of fixed and sunk costs, indivisibilities, long life and asset specificity make this public investment risky, with a very wide range of values for the average cost per passenger-trip. “

“The social profitability of investing public money in this technology depends in principle on the volume of demand to be transported and the incremental user benefit with respect to available competing alternatives,” said the paper titled, “The Economic Effects of High Speed Rail Investment”.

Though a latecomer, China has given tough competition to Japan, Korea and European countries with its cost-competitive HSR model. It uses the same technology as Japan.

In 2015, the Chinese won an Indonesian project against Japanese competition. Initially, Indonesia wanted to give this project to Japan on a nomination basis but changed its mind at the last minute and held bidding.

As per a study undertaken by the World Bank in 2014 to assess the comparative cost competitiveness of major HSR contractors, the unit cost for four HSR lines under construction in France in 2013 ranged between $24.8 million and $35.2 million per km. The cost of railway construction is about 82% of the total project costs, says the report titled ‘High-speed Railways in China: A Look at Construction Costs‘.

In comparison, China HSR with a maximum speed of 350 km per hour has a typical infrastructure unit cost of about $17-$21 million per km, with a high ratio of viaducts and tunnels, said the World Bank report.

The NDA government wants the project commissioning schedule to be advanced by a year to August 2022 to coincide with 75th year of India’s Independence, unmindful of the fact that travel by the bullet train would be a luxury for the bulk of the country’s population struggling for the basic necessities of life.