Current professionals have a range of grievances, which they hope will be addressed. 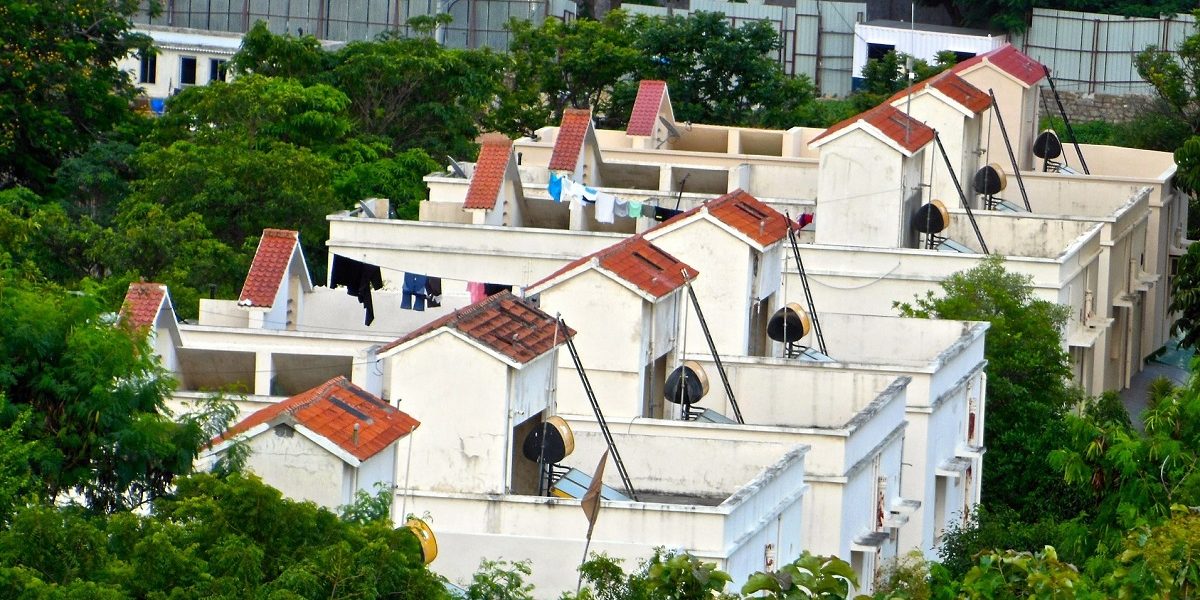 Hyderabad: A report submitted by a committee of experts constituted in April 2019 to examine the need for an institutional framework for regulation and development of asset valuation professionals has drawn the ire of some members of the community, who claim this is a case of government overreach.

Valuers claim that the report, which was submitted in April 2020 to the Ministry of Corporate Affairs, has not taken into account various provisions that are enshrined in the Wealth Tax (WT) Act, 1957 and govern the industry.

There are a range of grievances – from being denied recognition as valuers to liability being excessively fixed on them. The committee was headed by the present chairman of Insolvency and Bankruptcy Board of India (IBBI), M.S. Sahoo.

In India, the practice of valuing assets – a key component of the financial system that also stretches to many casual circumstances – is a sprawling field, where many professionals take up work as a form of secondary employment.

While the industry currently has no centralised institutional and regulatory framework, professional associations have carried out self-regulation.

The Draft Valuers Bill, 2020’s recommendations include the constitution of a National Institute of Valuers as a primary regulatory body – a totally new concept, unique in the world, as noted in the committee report. At the secondary level, professional valuer organisations shall act as frontline regulators, responsible for the development of the profession.

For some valuation professionals, the new rules represent what they believe to be an encroachment under pre-existing regulation. For instance, under the Constitution of India (Allocation of Business) Rules, 1961, the Ministry of Finance has exclusive powers over various subjects which are intrinsically linked to valuers and valuation. According to them, the corporate affairs ministry cannot restrict, reject, cancel or disallow a registered valuer to practice under Section 34AB of the WT Act.

Denying valuers direct enrolment into the NIV (National Institute of Valuers) is against their fundamental rights, valuers say, as they are already listed under the WT Act. Ashok Kelkar — who is president of the Practicing Valuers Association of India which was formed in 1999 —  feels the new proposed regulations need more work.

“We are all lifetime members of IOV [Institute of Valuers]. Many who were part of IOV have filed petitions against the Bill in Tamil Nadu and Karnataka as they feel let down by him [Vinay Goel, a member of the committee which drafted the Bill]. In 2017, when IBBI came up with a proposal to have registered valuers under Companies Act, we thought that this registration is only for a specific purpose under company law. As desired by them we passed a resolution in our governing council to set up a registered valuers organisation with the name PVAI Valuers Professional Organisation,” Kelkar told The Wire.

Indeed, many of the grievances that current asset valuation professionals have is that the new system doesn’t exactly absorb the old one with ease.

IBBI’s Sahoo, who headed the committee of experts that drafted the Bill, has publicly stated that there will be no free walk-in for non-registered valuation professionals in the proposed institutional framework.

Though the exact training that practicing professionals will have to undergo as a part of the new system is not laid out in the draft Bill, valuers who have put in 15 years or more have to now undergo training again for 50 hours and then take a test, with negative marks for a wrong answer. The minimum pass mark has been set at 60%.

“This has been made a practice to register under IBBI. There are valuers with experience ranging from 10 to even 50 years. I am 78 years old now. How can this be justified, when no other professional like lawyer, doctor, chartered accountant and architect are asked to do this?” asked Kelkar.

With the draft Bill claiming that all the existing Acts have been included in the Bill, all the valuers practising under these Acts are being asked to register again with IBBI. This, valuers fear, will put them out of practice once the Act is passed in parliament.

Valuers say it is a misnomer to think that they don’t have a regulatory body on the lines of the Bar Council of India or ICAI for chartered accountants. They cite that the definition and regulation of valuers is laid out clearly under Section 34 AB of the Wealth Tax Act, 1957. There are around 12,000 approved valuers registered under the WT Act in India. Every year a three-day programme is conducted to keep all members updated on the field. Members of PVAI, they say, are admitted after an examination to know whether they are really practicing.

Under the new proposed rules,  valuers have been asked to promote and start companies under Section 8 of the Companies Act, 2013 and under Section 52 of the Draft Valuers Bill, 2020 to be controlled by IBBI.

The draft Bill calls the main regulatory body the National Institute of Valuers, consisting of mostly government members who are non technical. Practicing valuers say valuation professional organisations (VPOs) set up by IBBI two years ago have been made part of this body, and not valuers associations which are existing for many years. They will have to pay an annual fees to RVOs to be eligible to be registered valuers of IBBI. The draft Bill calls the main regulatory body the National Institute of Valuers, consisting of mostly government members who are non-technical. A weighing scale. Photo: Flickr/Da Sal CC BY 2.0

By allowing those who have completed higher secondary education to take up a graduate valuation programme under Section 49 (1) (a), 49 (1) (b) of the draft Bill, the new proposed rule also allows non-technical persons into the profession. This has been seen by existing professionals as a bit of a turf war.

“Recently some including a friend of mine imported a machine from China to make oil from used rubber tyres. Their performance did not match up to reality. Now if a bank asks a valuer to value the machinery, he or she has to be a technical person with a BTech degree and some additional qualification, if needed. Before we are enrolled we need to have experience in the industry as engineers on site of construction or in an industry depending on area of expertise before enrolling. What is the need for a new course when we have too many qualified engineers in the country,” K.S.N. Murthy, a registered valuer with a BTech degree based in Hyderabad, says.

On the question of professional fees (what can be charged by a valuer), the new Bill is silent, while it is specified for those working under the WT Act. The fee, it says, has to be market-determined.

While people with more experience, like in all professions, can charge more, valuers The Wire spoke to said that a minimum fee should be prescribed, otherwise they believe there will be unfair competition among themselves for work. The minimum fee needs to be specified to account for travel expenses, time spent on inspection, and return time for completing the assignment.

“While cost and estimation are the same, the value can change depending on various factors and some amount of discretion by valuers. When loans are extended, the banks depend on two people, the lawyer who verifies the correctness of the document and the valuer who puts a price tag for it. It is an expert opinion like a doctor or a lawyer,” says M.V. Venkateshwar Rao, chairman, southern regional chapter, PVAI.

The IBBI rules framed under Section 247 of the Companies Act 2013 for valuers was contested in various high courts challenging bringing valuers practicing under Income Tax Act, 1957 into its ambit. In response, the government in its counter had stated its stand that IBBI registration is only for valuation of properties under the insolvency process which comes under the Companies Act.

The grievance of the valuers is this fact is not discussed in the draft Bill and income tax valuers are included in Sec 2 of the Bill.

Another potential problem that valuers point to is Section 41 of the draft Bill, which presumes that the valuer is always wrong and believes the user of the valuation services.

In case of a complaint against the valuer, inspection will be carried out by a law officer or VPO. The Bill allows for monetary penalty up to Rs 2 lakh or three times the amount of loss caused or likely to have been caused. This, valuers say, is not there in any Bill for other professionals. Also, visits to the office of a valuer every year is an overreach, according to professionals The Wire spoke to. Section 41 of the draft Bill, valuers say, presumes that the valuer is always wrong and believes the user of the valuation services. Representative image of a fleet of cars. Photo: Flickr/Manoj Prasad CC BY SA 2.0

“I agree that there have been certain instances of erratic practices by valuers. However, the opinion of a valuer is that of an expert. The subjectivity of the opinion can be mitigated through multiple valuations. Assigning totality of any valuation error on the valuer alone does not look to be fair. This is something similar to a credit rating, and no rating agency guarantees regular payment even to a ‘AAA’ rated company,”said P.V. Vijay Kumar, an ex-banker and CFO of an infrastructure group based out of Hyderabad.

Others believe that the new rules, on the whole, point to increasing competition in the industry. The changes are being made to accommodate the entry of companies, foreign bodies and their subsidiaries as they cannot be valuers under the present laws of the land, says A.V. Manjunath, a valuer from Bangalore.