Behind GST’s Anti-Profiteering Provisions, a Legacy of Indian Socialism

While the government can justify various anti-profiteering measures based on socialist principles, the rules and methodology need to be clearly stated. 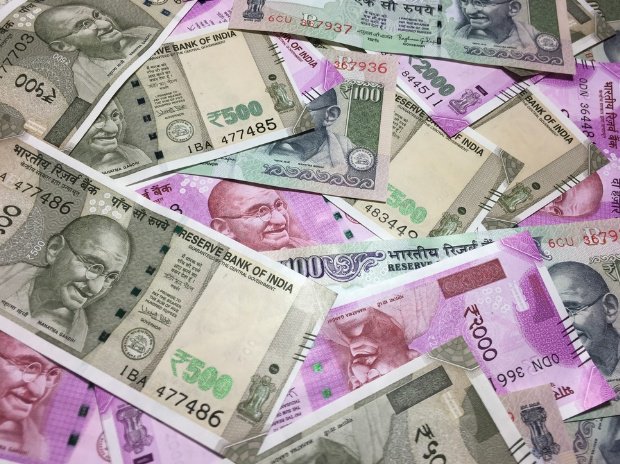 Nearly 70 years after B.R. Ambedkar and K.T. Shah debated over whether the Indian constitution should include the word ‘socialist’ – the former was in favour of a society being organised by the people of India, according to the time and circumstances – anti-profiteering provisions present in the country’s plan to overhaul a broken tax system remind us of this very debate.

The primary objective of the goods and services tax (GST) is to remove the cascading effect of existing taxes, that is tax on tax. The core principle of the GST is based on the fact that the tax on any input or input service utilised during the process of developing a product or a service would have to be offset against the subsequent output tax paid. The seamless credit system has been formulated keeping the consumer in mind and removes inefficiencies in the supply chain.

However, what if an entity in the supply chain, for instance, a wholesaler, decides to take benefit of a reduced tax rate courtesy the GST and not pass on such benefit to a consumer by hiking up his profit?

To counter such undue benefit, the government inserted Section 171 into the Central Goods and Services Tax Act (CGST). Section 171 of the CGST specifies that any benefit availed through extra input tax credit (as against earlier) or a reduction in rate of tax on any supply of goods or services has to be passed on to the consumer commensurately.

India Inc’s primary objection to anti-profiteering lies around the fact that it adds an additional compliance burden, and that more importantly, a reduction in rate of taxes of inputs or input services need not necessarily result in a proportionate reduction in the final price of a product or service.

While industry concerns are certainly legitimate – especially after taking into account the Modi government’s ‘minimum government, maximum governance’ motto –  is there any mechanism to ensure that the consumer does become a beneficiary of GST?

Chapter XIX of the CGST, which deals with ‘Offences and Penalties’, does not provide for a mechanism to ensure a commensurate reduction in the final price of a product. Australia and Malaysia are closest international examples when it comes to understanding anti-profiteering measures. The Australian anti-profiteering measure was based on the net dollar margin rule method – that is, if taxes and costs fell by $1, then prices should also fall by at least $1. The Malaysian example is formula-based and uses a net profit margin which considers the effect of net profit on a comparative basis with a base rate net profit. For instance, the net profit margin from April 1, 2015 to June 30, 2016 (excluding GST taxes) should not exceed the net profit margin as on April 1, 2016 (base rate).

On June 20, the GST council notified the Anti Profiteering Rules, 2017 (rules). The rules currently do not contain the methodology and procedure for determining whether commensurate benefit has been passed on to consumers. However, the language used mostly mirrors the Australian model. The rules contain the bare essentials of a statute – with a three tier structure for determination of alleged anti profiteering –with the apex body being the ‘Anti-Profiteering Authority’. Penal action under the rules can even entail cancellation of GST registration.

It should be noted that a substantial chunk of the basket of items in the consumer price index have been exempted from payment of GST. Stemming from experience in other countries, the inflationary effects of GST could be high in the initial years of its implementation.

To what extent is this justified? On the face of it, the government can certainly rely on the concept of a welfare state based on socialist principles to justify various anti-profiteering measures. The Supreme Court has also time and again upheld the concept of securing and protecting a social order which comprises of economic justice as well. When examined from the pointed perspectives of a consumer and from a tangible benefit to the economy, the anti-profiteering authority may well be justified.

Industry issues are focused around feasibility of the measures and its implementation, and potential harassment at the hands of the taxman. What could have been done perhaps is have the Competition Commission, which examines pricing in detail, study how the passing of commensurate benefit could be ensured.

However, from a legislative standpoint, the argument against anti-profiteering rewinds back to the debate on socialism, and importantly on an ideal which India arguably believes in as a legacy. Importantly, the rules have been worded from the perspective of a need-based manner, which mostly would be required in the case of oligopolistic markets. Given the vogue nature of the GST and the risk and accountability that the government has towards the second largest consumer base in the world, the government cannot be entirely blamed for introducing an anti-profiteering measure.

Taxation statutes are most susceptible to the slightest change in an economic environment – a close case in point being the negative list of services in service tax wherein the government, in a single stroke, changed 18 years of grappling with an arduous memory recall exercise of adding services on a year-on-year basis to a catch-all means to cover all taxation services.

As a parting thought, had the wording of the statute been “Input Tax Credit-Commensurate Benefit Rules”, would industry reaction have been different?