The US Has Indicted a Ukrainian Oligarch for Bribing Indian Officials. Why is Modi's CBI Not Acting?

Dmytro Firtash, accused of orchestrating bribes worth $18.5 million to Indian officials, has argued that the charges against him should be dismissed because the Indian government is not pursuing criminal charges. 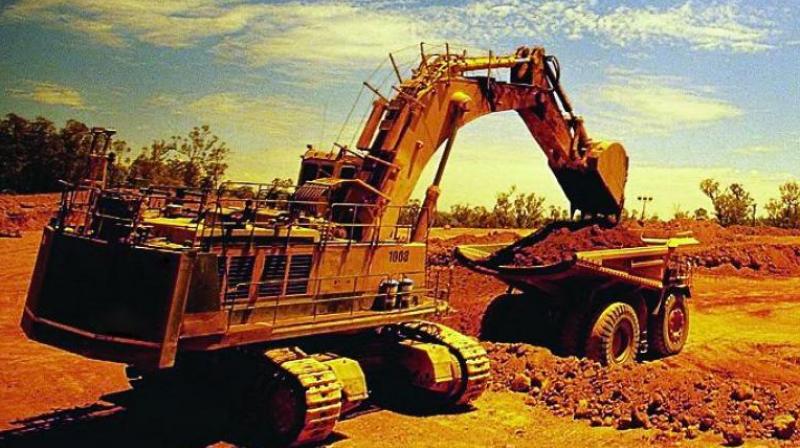 Hyderabad: A Ukrainian oligarch – accused by the US Department of Justice (DoJ) of orchestrating a conspiracy to pay bribes worth $18.5 million to secure mining permits in India – has argued that the charges against him should be dismissed in part because Indian authorities have not followed up on the American investigation.

In April 2014, the DoJ made public the indictment of six people including oil and gas magnate Dmytro Firtash and Congress Rajya Sabha MP K.V.P Ramachandra Rao ( a.k.a KVP).  The Wire had, last February, reported on the American effort to extradite Firtash from Austria and how it turned the spotlight back on a now-forgotten mining scandal in Andhra Pradesh that involved Rao –  a politician with deep cross-party connections.

While the extradition attempt has taken many twists and turns, ten days ago, on June 9, Firtash filed a motion in the northern district court of Illinois, asking it to dismiss the international racketeering and bribery charges filed against him. He is currently facing bribery charges on five counts in the Chicago court and faces up to 50 years in prison if the case eventually goes against him.

Leaving aside the broad-based denials, the Ukrainian businessman’s defence rests on three main objections. Firstly, the alleged criminal act didn’t occur under US jurisdiction. Secondly, the charges against him “didn’t affect US commerce or trade”. And lastly, he cites Indian inaction, saying that “there is no allegation that Indian authorities have pursued, or are pursuing, any criminal charges related to this case”.

With regard to the question of jurisdiction, Firtash’s lawyers have argued that all charges mentioned in the DoJ indictment do not come under the purview of US jurisdiction.

Firtash is currently facing bribery charges on five counts in the Chicago court and faces up to 50 years in prison if the case eventually goes against him. According to the DoJ, Firtash and KVP “allegedly conspired to pay at least $18.5 million to Indian officials in bribes to secure licences to mine minerals in Andhra Pradesh”. 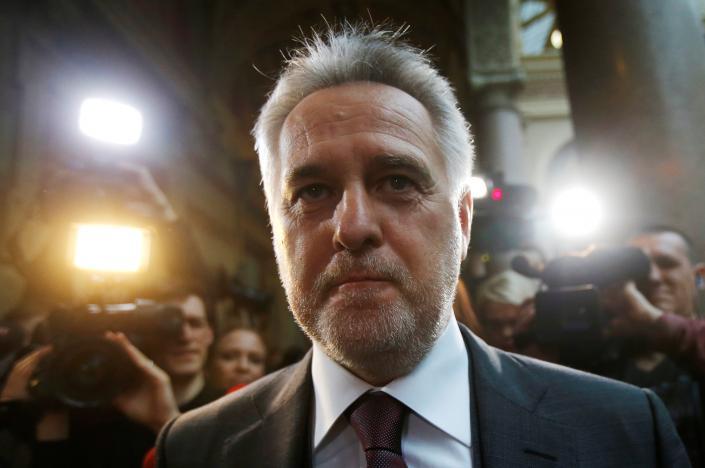 Over $500 million in sales was expected to arise from this particular mining project, with a portion of titanium sales preferentially allocated to one unnamed “Company A” (identified as Boeing in US news reports). A number of international companies allegedly coordinated this enterprise, including Group DF Limited, a British Virgin Islands firm controlled by Firtash.

The role that Boeing may or may not have played in this incident is what has likely driven the DoJ – US domestic statute makes it an offence for American companies to bribe foreign officials.

Firtash’s attorney – Dan K Webb, a prominent lawyer known for representing high-profile white collar crime cases – has however claimed that US officials failed to prove that the Andhra Pradesh deal impacted “US trade and commerce”.

“The indictment fails to set forth a single effect that the charged RICO enterprise had on United States commerce, much less the ‘significant’ effect required by RJR Nabisco. No project was ever completed in India and no titanium sponge was sold to Company A or anyone else. The indictment’s allegation that Company A entered into a memorandum of agreement specifying that the parties would “work towards entering into a supply agreement” (Indictment 1(d) and (e)), only underlines that there were no actual effects on United States commerce. To “work towards” a supply agreement is different than actually entering into a supply agreement or buying anything. Even accepted as true (which Firtash does not), the indictment’s allegations establish no effect on U.S. commerce.”

Firtash also warns that if the court follows through on this case it would amount to worldwide policing.

‘India is not pursuing, why you?’

Towards the end of the motion, Firtash’s attorney mounts the final part of his defence by going into the status of the case in India.

“In assessing reasonableness, the restatement considers ‘the extent to which another state may have an interest in regulating the activity.’ India, not the United States, has that interest. Indeed, the indictment at 1(g) specifically alleges that there were ‘in force and effect criminal statutes of the Republic of India prohibiting bribery of public officials, including the Prevention of Corruption Act, 1988,’ the appeal notes.

“But there is no allegation that Indian authorities have pursued, or are pursuing, any criminal charges related to this case. If India had an interest in bringing a criminal case related to facts set forth in the Indictment it could have.”

A screenshot from the motion filed by Firtash.

Ironically, in his 45-page motion petition, Firtash never outrightly denies that he or his companies had bribed Indian officials to procure license for the controversial mining project.

Too powerful to handle?

As The Wire noted in February, despite the DoJ indictment, no Indian investigation agency has seen fit to question Rao – inaction on the part of Indian authorities has occurred both during the tenure Manmohan Singh government (which demitted office one month after the US indictment was unsealed) and the Modi government over the last three years. The US department of justice has been instrumental in unearthing corruption cases involving Indian individuals in the past.

What may have complicated the Firtash case, especially for Modi and India, is the Trump and Russia angle. The Ukrainian businessman has connections to the US president’s former campaign manager, Paul Manafort. 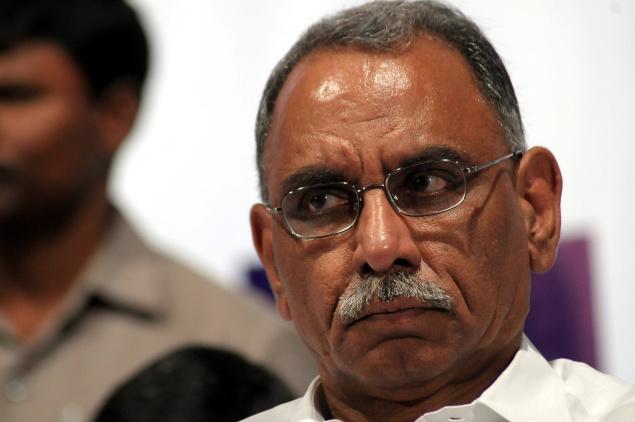 Soon after Trump’s electoral victory, Spanish authorities requested extradition of Firtash over money laundering allegations. Although an Austrian court approved Firtash’s extradition to the US in February 2017, he was detained shortly after that by Austrian authorities on Spain’s arrest warrant. As The Independent has reported, “the legal challenge from Spain comes as Ukraine faces increased uncertainty about support from the US following the election of President-elect Trump, who appears to be keen to adopt a closer relationship with Moscow”.

Whistleblowing organisation Wikileaks has noted in the past that Firtash has links with Russian crime boss Simyon Mogilevich and also has deep ties with gas giant Gazprom in addition to various businessmen who form part of Russian president Vladimir Putin’s inner circle.

Next FBI director too…?

Trump announced on May 7 that he would nominate Christopher Wray to serve as his next FBI director after firing James B Comey.

I will be nominating Christopher A. Wray, a man of impeccable credentials, to be the new Director of the FBI. Details to follow.

Within minutes, US media flashed stories linking Wray to Russia’s Gazprom. According to USA Today, Wray’s law firm had link with Russian firms.

“The law firm’s (Wray’s King & Spalding) representation of Gazprom raises even more serious conflict issues for Wray. Gazprom was a partner in RosUkrEnergo AG (“RUE”), which is controlled by Ukrainian oligarch Dmitry Firtash. He is under federal indictment in Chicago for racketeering charges, has had numerous financial dealings with former Trump campaign manager Paul Manafort, and is generally considered to be a member of Russian President Vladimir Putin’s inner circle,” the report notes.

Have these developments, in addition to KVP’s deep cross-party connections, convinced the Modi government that remaining silent over the Andhra Pradesh mining scam is the best course of action?

The Firtash case casts an uncomfortable spotlight on the Indian government and India’s premier investigating authorities.

What has gone almost completely uninvestigated is the alleged involvement of KVP and the yet-to-be-uncovered trail of payments that Firtash is said to have made to Indian officials and politicians. Since the DoJ’s indictment was unsealed, the National Central Bureau-Interpol CBI, the Hyderabad high court and KVP have played a game of political hot potato with scant progress.

The FBI’s indictment has broken down, date-wise, the travel dates of key players in the scam. The US investigating agency has revealed that Firtash met with Y.S. Rajasekhara Reddy, the late chief minister of Andhra Pradesh, on June 28, 2009. Gajendra Lal, another accused in the case, allegedly travelled from Greensboro to Hyderabad to meet Firtash and Reddy.

However, Indian investigating agencies have yet to register a case.