Within the rise and fall of Mistry in the Tata family, there is a story that revolves around  rights and privileges of a significant minority shareholder. 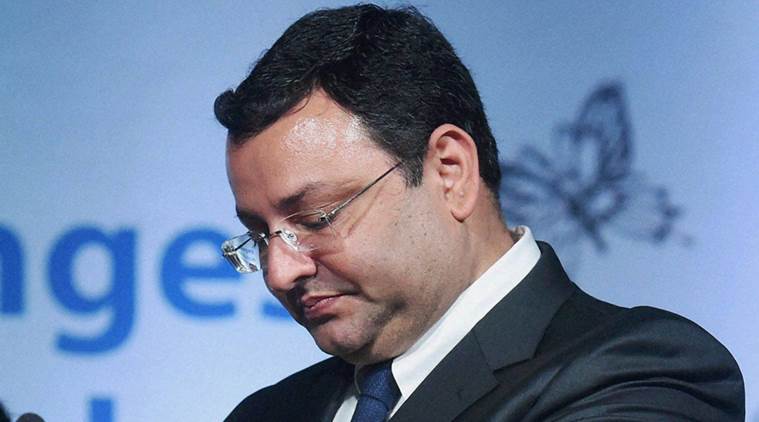 File photo of Cyrus Mistry whom Tata Sons in October 2016 removed as its Chairman, nearly four years after he took over the reins of the group. Photo: PTI

One thought that the mystery had died down. But this week, the Cyrus Mistry storm looks set to hit the Tata empire once again.

The National Company Law Appellate Tribunal (NCLAT) took all and sundry by surprise when it held that the removal of Mistry as the chairman of Tata Sons, the holding company of one of India’s largest largest business conglomerates, was illegal. It also has ordered the immediate reinstatement of Mistry as director in Tata firms from where he was ousted.

A two-judge bench went on to pronounce that the subsequent action of the Tata group to install N. Chandrasekaran was illegal as a consequence. Stung by the enormity of the NCLAT hammer, the group is now preparing to knock at the doors of the Supreme Court.

In the meantime, Chandrasekaran has asked its employees to stay focused even while expressing confidence that Tata Sons will be able to get its case positively reviewed by the apex court.

Whichever way the case goes, the mystery behind this unfolding ugly episode will remain in the realm of secrecy. In fact, the Mistry imbroglio is a revelation insofar as it gives a clue or two to how the governance issues are given a ‘tata’ – or waived away – even by iconic persons and entities in the Indian corporate world.

At the moment, the attention of the pink press is on the collateral damage caused by the NCLAT order on the Tata empire. And the legal fraternity will surely have a field day. But within the rise and fall of Mistry in the Tata family, there is a story that revolves around the rights and privileges of a significant minority shareholder. The core issue of ethics has been pushed deep into the background.

In April 2011, a search panel set up to find a successor to Ratan Tata to head Tata Sons said it could not find a replacement. It took a startling eight months to announce its inability to do so.

“Our committee has come to the conclusion that we cannot find a replacement for (Ratan) Tata,” said Tata Sons director and one of the members of the committee, R.K. Krishna Kumar in an interview published on the company’s website at the time.

Also read: Why NCLAT Believes Cyrus Mistry Should be Reinstated as Chairman of Tata Sons

In November 2011, Mistry was named the successor for Tata. That announcement came out of the blue, and surprised many, firstly because Mistry was on the search panel! When, why and how he himself became a candidate remains a wild guessing game even today. Was there pressure on Tata to give due recognition to the Shapoorji Pallonji’s family shareholding? Was it a sudden discovery of talent? Everybody chose to let their imagination run amok, but in a little over three years, Mistry was out.


His sacking was an extraordinary event in the history of the illustrious Tata empire. Charges and counter-charges flew thick and fast. Rata Tata returned to hold the fort yet again until Chandrasekaran was chosen for the job. In the sudden rise and fall of Mistry in the Tata empire, the core issue of ethics was given a quiet burial. Who was to be blamed for this?

With the benefit of hindsight, one can safely surmise that Mistry’s elevation and his subsequent dismissal exposed the mismatch between preaching and practice in the corporate world.

Watch: Cyrus Mistry Reinstated as Executive Chairman, What Happens Next?

We have seen this in Infosys as well, when its iconic founder Narayana Murthy returned from retirement to helm it again when the fortunes of the IT major were dipping. Murthy was not setting any precedent when he returned to lead Infosys one another time. What turned his comeback controversial, though, was his decision to bring his son along as executive assistance. That move elicited quite an adverse reaction. Given his stature, nobody was expecting him to bring along his son. Much later, his public spat with the board and the management on certain sale decision became a talking point in corporate corridors. This ugly row saw the ouster of its chairman and resulted in the homecoming another founder to steady a rocking ship. The episode hurt the brand of Infosys considerably.

Tata Sons and Infosys are iconic institutions. And Tata and Narayana Murthy are role models, often showcased as best models for many in the field and outside to follow. Ipso facto, they and their organisations are held in high esteem. Given this perception, events like what happened in these institutions were well nigh incomprehensible for a layperson. This is activism of a new kind, where fellow shareholders are pushed aside. It is not about rules and regulations. It is not even about who is right and who is wrong. It is all about being just and fair.

“You should not only be just but appear to be just,” goes the old adage. In modern times, it appears everything is fair and just if backed by the will of a strong or popular leader. With so much at stake, names and reputations become all too fallible.