In the last year, the Centre has moved to swiftly clamp down on Chinese steel imports to help NPA-laden Indian firms. However, China's own capacity cutbacks have rendered this move meaningless. 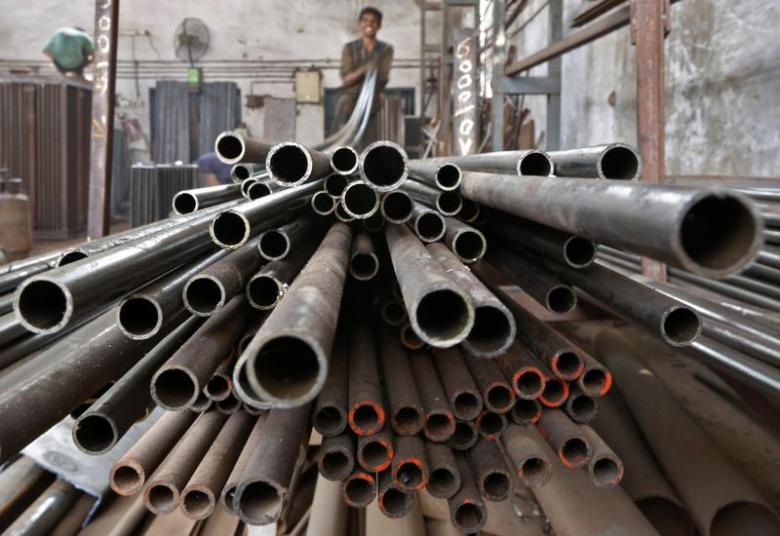 In June, state-owned gas transporter GAIL India had cancelled Rs 1,250 crore tender for the Bokaro-Dhamra section of the the Jagdishpur-Haldia pipeline project, hoping for a fall in steel prices. But the gas transporter’s bet has gone wrong with prices of domestic steel rising.

Pipe manufacturers have started passing on the increased costs to gas pipeline developers, which is getting reflected in fresh price bids invited by the oil sector PSU for the project, sources said.

Based on received price offers, GAIL will soon hold reverse bidding. It would be a big loss of face for the PSU if the discovered price is higher compared to the initial bidding.

GAIL’s worry does not end here. Chinese supplier North China Petroleum Steel Pipe Co Ltd, which had emerged as the lowest bidder for the project, has moved the Supreme Court against PSU’s decision to scrap the tender and the matter may come up for hearing later this week.

The Modi government has targeted raising the share of natural gas in India’s energy mix from 6.5% in 2015 to 15% over next few years and planned to double the length of pipeline to 30,000 km. GAIL, which is tasked to lay a major part of new pipelines, might have to go back to the drawing board to check project feasibility. That means delay in project execution.

On the flip side, the Chinese move has also rendered meaningless the barriers raised by the Centre to protect domestic steel industry from import competition.

In February 2016, India levied a minimum import price (MIP) for 173 steel products for a duration of five months, which was later extended for two months (till October 4, 2016). MIP was further extended for 66 products till December end. The remaining products were either covered under anti-dumping or excluded from any protection. MIP was finally phased out in March this year.

In May this year, the government slapped anti-dumping duty on 47 steel products from half a dozen countries including China, Japan, Korea, Russia and Indonesia to protect the domestic industry from import competition. The duties are in the range of $478-561 per tonne.

The steel ministry introduced a new policy in May to provide preference to local steel suppliers in procurement for government-funded infrastructure projects. To be eligible to avail benefits, suppliers need to add 50% value locally.

This policy completely shut the doors on steel imports from China which had already dried up because of trade measures like anti-dumping, safeguard and MIP implemented by the Indian government.

However, the government has also exposed itself to litigation by exporting countries. For example, Japan has challenged India’s safeguard duty on HR Coil imports at the WTO. Japan has submitted before the WTO panel that India violated multilateral trading rules by imposing safeguard duties on HR Coil steel products as its output and sales have not been impacted by any “sudden surge” in imports.

India has safeguard duties of up to 20 on some HR flat-steel products in place since September 2015, which would expire in early 2018.

The policy to protect domestic steel industry is clearly out of step with the government’s broader goal of promoting manufacturing. Steel manufacturers have been enjoying hefty profits thanks to import restrictions but user industries have borne the brunt of the government’s ill-thought policy.

The government has come to the rescue of domestic steel manufacturers as they have taken huge loans from state-owned banks.

As at the end of September 2016, the steel sector accounted for over 30% of gross non-performing assets (NPAs) of the banking sector. Essar Steel (Rs 44,000 crore), Bhushan Steel (Rs 35,000 crore), Monnet Ispat (Rs 12,737 crore) and Electrosteel Steels (Rs 10,000 crore) topped the first list of corporate defaulters released by the Reserve Bank in June for initiation of bankruptcy proceedings by state-owned banks.

With lenders initiating insolvency proceedings in National Company Law Tribunal against these steel majors, the loan issue will have to be resolved in a time-bound manner, failing which their assets will be sold off. If these bankrupted companies finally go into liquidation, lenders will have to take big haircuts, which would erode their equity and net worth. To help these banks comply with prudential norms, the government will have to use taxpayers’ money to recapitalise them.