Can the Spirit of California’s Gig Economy Bill Spread to India?

For right and wrong reasons, the current dispensation celebrates the creation of any form of employment in India, regardless of quality. 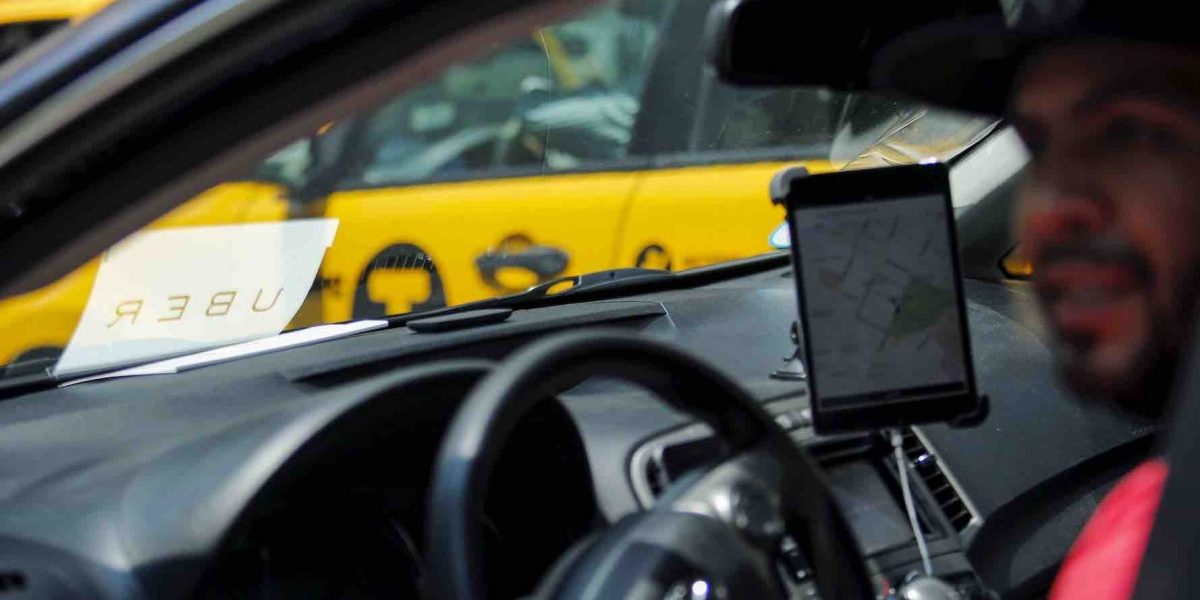 The state of California recently passed a landmark bill that has the potential to unleash a systemic change in the gig economy. On the back of a recent judgement by the California Supreme Court, Assembly Bill 5 has legislated that workers in the gig economy be classified as workers and not as independent contractors. Its effects are likely to resonate deeply with tech corporates such as Uber and Lyft in the US which built their businesses on this distinction.

The Bill does more than just alter nomenclature; it attacks the very foundation on which the gig economy is premised.

While this is a huge step taken to guarantee decent working conditions for the American gig worker, its ramifications may not be global and it is unlikely that Indian workers might see a similar change in policy.

The gig economy’s disruptive force (much celebrated in its early days) comes from a distinction they establish between independent contractors and employees. The former are those who offer services independently to consumers – in sectors such as transport, delivery services etc. Corporates such as Uber see themselves as providing a platform where the independent providers of a service and consumers are connected.

Contrary to this, employees, work on terms set by their employers – the services they provide would be regulated and determined by the employer. This distinction has played a critical role in the emergence of the gig economy as it allows tech corporations to avoid labour regulation altogether. Employees by law are guaranteed minimum wages, regulated hours of work, healthcare and other benefits. Independent contractors, however, do not have a valid claim to these benefits, since they merely use the platform provided and do not work directly for the corporations; at least, this is the claim of the tech corporate.

Companies such as Uber and Lyft have until now successfully avoided their contributions to employee benefits by reconfiguring the relationship and classifying workers as independent contractors. This has had the rather obvious outcome of saving on spending and adding to profit margins. But even as Uber and other such companies continue to aggressively champion that their role is limited to the technical function of aggregation, in reality, as gig workers have claimed, their conditions of work and the manner in which they provide services are strictly regulated by these corporates, making them more like employees and less like independent contractors. Companies such as Uber and Lyft have until now successfully avoided their contributions to employee benefits by reconfiguring the relationship and classifying workers as independent contractors. Photo: Reuters

The terms of regulating work were the very basis on which the California Supreme Court last year passed a judgement stating that Uber drivers were in fact not independent contractors associating with Uber, but were Uber employees. The Bill which has followed from this judgement is likely to shake the very foundation of the gig economy.

Uber, Lyft and other ride-sharing companies and delivery apps are claiming that the Bill will damage the ability of workers to freely determine their schedules of work, leading to worse outcomes for both them and the ultimate consumers of the product. In this sleight of hand, little mention is made of the business model of these companies which rests on the distinction. But, as gig workers have been arguing, by denying them the right to be termed as employees, tech corporates have successfully built a structure that absolves them of any responsibility towards workers while accruing benefits from the work they provide.

The contrast between California and India, however, on this matter is striking. Two critical factors have played a role in the coming of the AB5. Significant to both the California State Supreme Court judgement and the coming of the Bill, was a strong assertion from collective of gig workers that have been building a groundswell of support for this change among gig economy workers.

The second critical factor has been the political will backing the Bill. In May 2019, on the occasion of Labour Day, California governor Gavin Newsom wrote a piece outlining the importance of considering conditions of work. He made evident his desire for good quality jobs to be created where both wages and conditions of work favour labour.

This is remarkably different from the current dispensation in India where the response to growing unemployment has been sought in promoting small scale self-employment or in celebrating the creation of jobs by Uber and Ola without attention to what the quality of these jobs might be. In the trade-off between drawing foreign investments and securing labour rights, the latter has lost ground steadily over the years. But under conditions of the gig economy, without even the barest acknowledgement of the worker as an ‘employee’, little hope remains.

This is so, even as many of the problems faced by gig workers in the US find an echo here in India as well. Strikes by unions of Ola and Uber drivers have occurred sporadically in several metropolitan cities and there is a slow acknowledgement in public discourse that conditions of work are far from ideal. Even as workers can exercise freedom in determining their work hours and shifts, changing payment and incentive structures and declining commission rates have caused long workdays and low incomes to become the norm of the industry. Moreover, unions of such workers have faced stiff resistance to their ability to organise. In April 2017, the Delhi high court issued permanent injunctions against two driver unions for unsettling the work of aggregators such as Ola and Uber. In these difficult circumstances, unions find themselves struggling to survive. It is another matter that the sector, particularly in transport is highly internally differentiated with kaali peeli taxi unions viewing cab aggregators as a threat to their work leading to competing struggles emerging.

Organising the gig economy is an uphill task. There is, at this point, no larger collective of gig workers across various sectors in India. Significantly, where unions operate, demands have focussed on altering terms with companies and not in reframing their legal position from independent contractor to employee. It is this framing that is likely to unify gig workers, helping the Zomato delivery driver, the service provider under UrbanClap and the Uber driver find common cause and advance labour rights.

Even as the Bill in California imagines and limits security for the worker primarily to income and work security, it can potentially be used to make the case for social security for employees as well. Rethinking what constitutes worker security is particularly useful in the Indian scenario where access to social security is pertinent given the large scale poverty and weak conditions of housing, education etc.

The passage of the AB 5 Bill is significant not just for the impact it can have in determining the shape of the gig economy in the US but for the promise it holds out in other countries. Additionally, such a victory both on the political and legal front coming in California – the heartland of tech corporates – is especially significant.

The lessons here are instructive – a strong unified movement of gig workers can fight the power of billion-dollar strong tech companies and sway political power away from them. One can hope that the government, gig workers and unions in India take note of these crucial developments, the lack of employment, after all, should not become the basis to justify its worst forms.

Gayatri Nair is an Assistant Professor at the School of Public Policy and Governance, Tata Institute of Social Sciences