The Elephant in This Year's Budget: Indian Investment's Failure to Pull Up the Unorganised Sector

The revival of the Indian economy in 2018-19 faces strong headwinds because the unorganised sector has been marginalised repeatedly in the last 14 months. 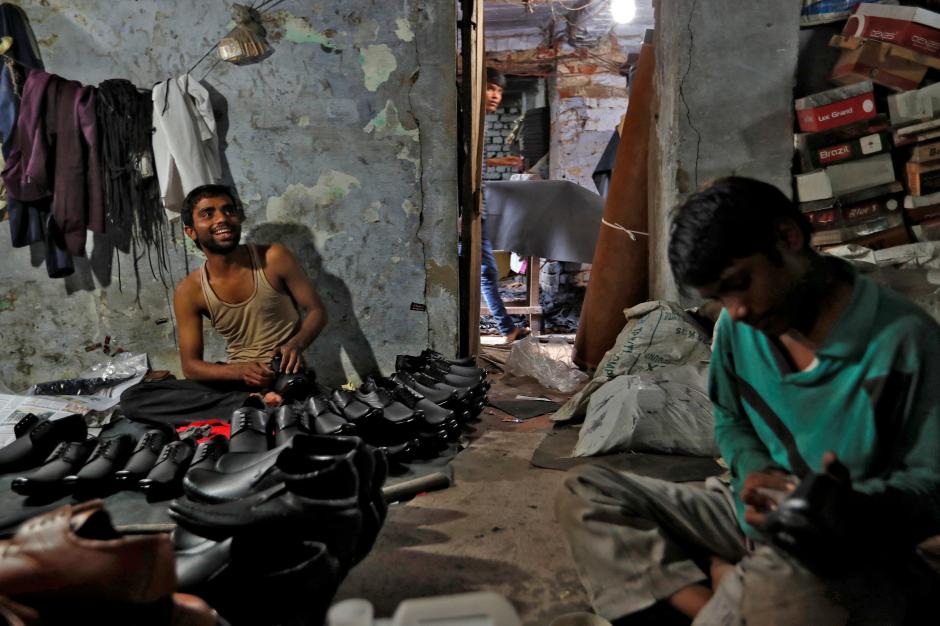 At Davos, Prime Minister Narendra Modi gave a rousing speech, something he is very good at.

He projected that all was well with Indian society and the economy, and that India was willing to give lead to the world in important matters – environment protection, terrorism, globalisation and so on. He was not only addressing the international audience but most importantly the Indian people who are facing problems galore. Environmental issues are mounting, bordering on disaster. There is social disquiet and unrest among major sections of the population. The economy is faltering. It is necessary to understand where the problems are emanating from.

While the impact of demonetisation was continuing, the complicated Goods and Services Tax (GST) was introduced on July 1, 2017, creating another shock to the economy. Again, it was the unorganised sector that was severely affected. Even the organised sector suffered due to the various complications and uncertainties associated with the GST whose implementation and design had not been thought through adequately. So, the rate of growth of the economy remains far lower than the government suggested 6.5% for 2017-18, which is based on the data only of the organised sectors of the economy. It is possibly less than 1%.

Also read: Past Trends and Present Needs: Will India’s Social Sector Get a Boost in the Budget?

It is this adverse impact on the unorganised sector which has aggravated the unemployment situation in the country because of which young people are protesting everywhere. It has also manifested itself in discontent among farmers and traders. These have political ramifications.

In the coming quarters, even the official rate of growth is set to fall since the organised sector is likely to face demand constraint. The fiscal deficit has been running at almost twice its targeted level after August 2017. In other words, public expenditures were providing the boost to the economy. Now, to achieve the target of 3.2% of GDP or a little above that level, public expenditures will have to be curtailed. There can be no further deficit creation and that would lead to a fall in demand.

The squeeze is likely to be larger given that revenue collection has been less buoyant than expected, especially because GST collections have been lower than expected. Also, transfers from the Reserve Bank of India were half of what they were last year. Disinvestment may be more but then demand from the Mahatma Gandhi National Rural Employment Guarantee Scheme has also been more than budgeted due to the crisis in the unorganised sectors.

States are also likely to get higher compensation for the loss of revenue under GST and this would raise the Centre’s deficit further. Even though the government has not admitted that the recapitalisation of the banks will lead to an increase in the fiscal deficit it actually does precisely that. Finally, many states have promised fairly substantial loan waivers to farmers. This will increase their deficit and lead to cuts in essential expenditures on other items if the target of fiscal deficit is to be achieved by them.

In brief, for various reasons mentioned above, there is every likelihood of the public expenditures being cut by both the Centre and the states in the last two quarters of 2017-18. That would put downward pressure on growth rate in these quarters.

Private investment could have compensated for this decline in demand but an increase in this is nowhere in sight, given that capacity utilisation in most industries has remained low, barring exceptions like automobiles and telecom. In general, investment had been falling after 2007 global crisis and has remained muted since then.

The situation is further muddied by the speculative boom in the stock markets. While the earnings have hardly risen in the last one year, the price of equities has risen to record highs. This is similar to what happened in 1991-92. This time around because of lack of investment opportunities elsewhere, funds are pouring into the stock markets via mutual funds. There is a diversion of funds from real investment to speculative investment and this would further slowdown revival of private investment in the economy. A shock can lead to a reversal of this trend and that would further damage the economy

The international situation has turned very complex and uncertain and can administer a shock to the world economy. Donald Trump’s presidency, Brexit, difficulties in government formation in Germany, problems with North Korea, the developing Iran crisis and problems in West Asia and Turkey are causes of uncertainty globally. Any one of them can provide a shock. The cut in the corporate tax rates from 35% to 21% in the US can lead to a pull-out of foreign capital from the Indian markets. It will force the Indian government to also cut corporate tax rates sometime soon but that will have implications for expenditures. Thus, the internal instability in the economy is likely to be aggravated by the uncertainty from outside.

So, the revival of the Indian economy in 2018-19 faces strong headwinds because the unorganised sector has been marginalised repeatedly in the last 14 months. The Union Budget would be the last full budget of this government and would have to give a radical push with a pro-rural and pro-agriculture slant, but that seems unlikely with the present conservative fiscal policy stance and low tax buoyancy.

So, at Davos, the prime minister was trying to talk up the economy and hoping that foreign investment would do for India what Indian investment is not able to do.