As India's New Bilateral Investment Strategy Sputters out, the Secrecy and Opaqueness Must Go 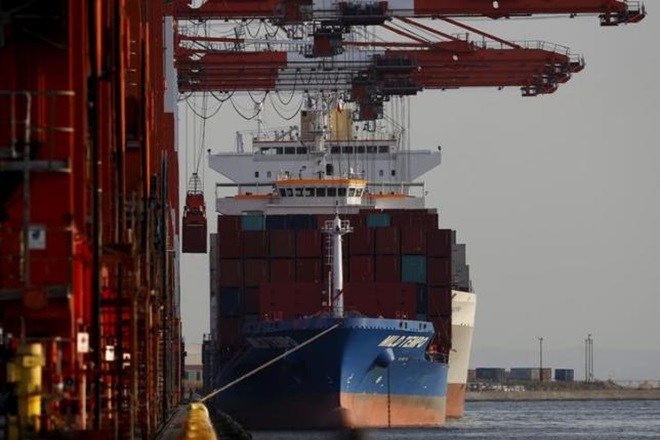 In July 2016, the Narendra Modi government informed parliament that India planned on terminating the bilateral investment treaties (BITs) it had signed with 58 countries. Reportedly, India’s BITs with these 58 countries were allowed to expire on April 1, 2017. The reason behind the termination is that India wants to renegotiate its investment treaties based on India’s new model BIT.

As I’ve pointed out, this mass termination of BITs is problematic for three reasons.

Second, most developed countries such as EU member states, Canada and the United States have reservations about India’s new model BIT for a number of reasons such as absence of a most favoured nation (MFN) provision, and the requirement to exhaust local remedies at least for a period of five years before an investor could commence international arbitration proceedings against the host state. Due to these differences, the possibility of having new BITs is bleak till one of the parties blink.

India’s recent mass termination of BITs is shrouded in secrecy. The ministry of finance, which is the nodal body dealing with BITs, does not provide any information on the termination of these 58 BITs. Does it include countries vis-à-vis whom India is a capital importer or a capital exporter or both? Also, the exact date of termination is not known. The government needs to answer why these BIT termination notices not been made public? Bizarrely, a list of BITs signed by India, given on the website of the finance ministry, has not been updated since December 2013.

At the beginning of 2016, India decided on signing a joint explanatory note, and the ministry of external affairs was asked by the finance ministry to relay this information to these 25 countries. Interestingly, this information and the interpretative note are available on the website of the MEA not on the website of the finance ministry. Furthermore, no information is available whether any of these 25 countries have signed or shown interest in signing these joint interpretative statements.

There is also a complete lack of transparency regarding the BIT claims that have been brought against India. One can gather from media reports that India is currently battling 20 odd BIT claims, in different international arbitration forums, for regulatory measures ranging from the imposition of retrospective taxes to cancellation of telecom and spectrum licenses. However, the website of the finance ministry does not contain any BIT notice served to India by any foreign investor. Consequently, no information is available on which are the companies that have brought these claims, why have these claims been brought, at what stages each of these claims are, what amount of damages have been claimed, etc.

There is also conspicuous silence about the two BIT awards that have been issued against India – White Industries v India and Devas Multimedia v India. Are there justifiable reasons not to make these awards public? If so, what are they? The government of the day needs to answer these questions.

BIT disputes involve adjudication of sovereign action by an international tribunal and are not commercial arbitral disputes. For example, Vodafone, under the India-Netherlands BIT, has challenged the imposition of retrospective taxes that emanate from the retrospective amendment of the Income Tax Act by the Indian Parliament. If the arbitral tribunal finds the imposition of such retrospective tax a violation of India’s obligation under the BIT, it will amount to an indictment of exercise of the public power of the Indian state. Furthermore, if the investor succeeds in a BIT claim, as it has already happened in White Industries and the Devas Multimedia cases, then the government will have to pay damages to the foreign investor. These damages would have to be paid from the Indian tax-payer’s money, and thus the government is under an obligation to keep the Indian public informed by providing and updating information about these cases.

Many Indian investors have also brought BIT claims against other countries, such as Flemingo Duty Free v Poland, demonstrating the significance of BITs for Indian investors. However, the finance ministry also does not provide any information about any of these BIT claims.

The Indian government has also not handled the notification of the Indian model BIT properly. It is important to bear in mind that India released a draft model BIT in early 2015 for comments. However, no information is available as to what processes were followed to adopt this draft model BIT? Was the draft model BIT merely an outcome of internal bureaucratic discussions within different ministries of the government or were public consultations held with stakeholders and domain experts? If yes, who were these domain experts?

Another critical issue about which little information has been made available by the finance ministry is the report of the Law Commission of India (LCI) on the draft model BIT. The LCI in its 260th report, submitted to the-then law minister in August 2015, provided detailed comments on the ‘draft’ Indian Model BIT. However, there is no information available whether the finance ministry, while finalising the Indian model BIT, considered the recommendations made by the LCI in its 260th report. If yes, then to what extent, and if not, why? The press release issued on December 16, 2015 for the final model BIT, for example, does not mention anything about the LCI report.

This is a particularly valid question to ask because, as the text of the final model BIT shows, many recommendations made by the LCI, such as on the inclusion of a limited MFN clause and alternative drafting of the expropriation provision were not incorporated in the final model BIT.

In sum, India’s opaque approach and practice to BITs undermines the right of ordinary citizens to be informed about these critical issues. This opaqueness is also baffling when juxtaposed with Prime Minister Modi’s ‘quest for transparency’ and the claim that transparency is a cornerstone of a pro-poor government.

These words need to translate into action and extend to India’s approach and practice on BITs.

Prabhash Ranjan is an assistant professor of law at the South Asian University and was part of the committee that drafted the 260th LCI report. He was also invited by the finance ministry to offer comments on the draft Indian model BIT. The views expressed here are personal.