After ED Chargesheet in IREO Scam, a Look Back at the Red Flags That Were Raised

The former CEO of IREO had approached the Supreme Court as a whistle-blower in 2018 and had revealed how both investors and customers were duped through the 'round-tripping' of funds. 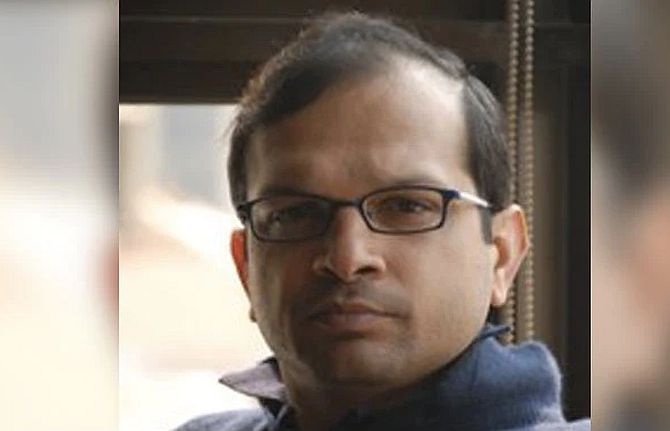 IREO vice-chairman Lalit Goyal, who was arrested by the ED in November, 2021. Photo: LinkedIn/goyal-lalit

In 2018, the apex court had issued notices to several investigation agencies to look into Sanka’s allegations.

Thereafter, in November, 2021, the ED arrested Goyal and launched a criminal investigation into him, taking cognisance of around 30 first information reports (FIR) filed against IREO, Goyal and others in Panchkula and Gurgaon in Haryana, Ludhiana in Punjab, and Delhi.

In its chargesheet, filed before a Special Prevention of Money Laundering Act (PMLA) Court in Panchkula, the ED accused Goyal and others of committing real estate fraud.

‘Over 1,050 home buyers and investors duped’

The ED chargesheet revealed that over a thousand home-buyers had suffered due to the acts of the accused. It said, “1,050 homebuyers and investors in IREO Projects like IREO Fiveriver, The Corridors, IREO City, Gurgaon Hills in Haryana and the IREO Waterfront Township in Punjab, among others, had made advance payments but are yet to receive their booked flats/plots despite the lapse of more than 4-5 years.”

Further, the investigating agency said the projects could not be completed by the IREO group of companies due to the “diversion and siphoning off of funds”. It also indicated that much of the money taken from home-buyers may have been sent abroad.

The ED said, “…customer receipts to the tune of Rs 1,225 crore have been diverted outside India in the form of redemption, purchase, transfer and buy-back of shares, fully-convertible debentures (FCD) etc., violating the FDI policy and other laws.”

On how the money was transferred out, the ED said, “…the modus operandi adopted by the group includes routing of funds to India from various entities based in tax havens like British Virgin Islands and Mauritius; recording of fictitious expenses in the books of account; writing off project in progress; interest-free loans and advances to sister concerns and ’round-tripping’ of funds through shell companies; and the creation of assets within and outside India.”

Goyal’s named had figured in Pandora Papers Leak too

The agency also called Goyal a “settler and named beneficiary of a overseas trust which owns and controls entities holding assets outside India”. It added that the “Pandora Papers leak” had also named four entities owned by Goyal which are holding assets worth more than $77.73 million (approximately Rs 575 crore) overseas.

The ED had arrested Goyal on November 16, 2021. A few days earlier, on November 11, Goyal was stopped by immigration authorities on the basis of Lookout Circular (LOC) issued by the agency, while he was trying to board a flight to the United States from Delhi’s Indira Gandhi International (IGI) Airport. He has since been judicial custody.

Subsequently, the ED had also conducted raids on around 12 premises in Delhi-NCR and Chandigarh in connection with its probe into the IREO group.

The ED had earlier stated that its criminal investigation into Goyal under the PMLA was based on FIRs filed by the Panchkula Police and the Economic Offences Wing (EOW) of the Delhi Police against companies such as IREO Private Limited and IREO Fiveriver Private Limited, Lalit Goyal and others.

Former IREO CEO Sanka had approached the Supreme Court as a whistle-blower through a criminal writ petition (No 142, 2018) and had highlighted the alleged fraud being committed by the company and others.

Sanka, who had worked with the company from July, 2014 to December, 2016, had submitted that after he left the company, it took him nine months to obtain documents under the Right to Information (RTI) Act which “revealed fraud, cheating and misappropriation of public money” by the respondents and their associates.

The former official had submitted that “two funds – namely IREO Fund-1 and IREO Fund-II – were incorporated in Mauritius under the applicable laws by respondent No. 21 Lalit Goyal and his Associates.” He said investments were invited on the grounds that the money raised would be “properly invested” and “utilised to buy land in Gurgaon, Delhi and Punjab where group housing projects would be launched”.

Sanka submitted that Goyal was the ‘fund manager’ for the aforementioned funds and was thus paid a salary of Rs 150 crores per year, along with incentives. He had also stated that, “Lalit Goyal is a relative of BJP politician Sudhansu Mittal. He is also an Non-Resident Indian (NRI).”

Sanka had further stated before the apex court that two foreign fund houses had invested public money collected from individual investors amounting to $1.6 billion (Rs 11,000 crore) in these funds. He then insisted that there was fraud, cheating and misappropriation to the tune of Rs 10,963 crores and the evasion of statutory dues to the government of Rs 4396.78 crore.

At that time, Sanka had also stated that there were “as many as 5 projects where innocent buyers have invested their hard earned money and have booked apartments/plots” which were stuck midway as the respondents had “misappropriated this money also”.

Sanka also submitted that he had filed 33 complaints or representations with various government departments. He said another 10-15 criminal complaints or FIRs filed by those who had been cheated, misrepresented and harmed were also pending against the respondents.

He claimed that “the wrongdoings and criminal acts have taken place in four different states and thousands of people are affected.” Moreover, he said the “hard-earned money of these people has been misappropriated and squandered” and therefore called it a “fit case” for the apex court to intervene in, in the larger public interest.

Sanka had also said, “There is a genuine need and requirement that a central agency like CBI be appointed to conduct investigations into the various acts of cheating, fraud and misappropriation of public money.”

Sanka said, “The first main case of misappropriation was related to the investment in land development rights in relation to land in Bhiwadi, which is about 50 km southwest of Gurgaon, across the border in Rajasthan.”

In one of the annexures, Sanka submitted that, “Goyal discussed the Bhiwadi scheme with me in a meeting with Jai Bharat Aggarwal to get on with writing off the value of the Bhiwadi land rights. He had never discussed Bhiwadi with me as an operating project, which leads me to believe it was never intended as a real project”.

He further detailed how money was moved between different entities to show an inflated cost of acquired land. This was done, Sanka said, to settle a sum of Rs 407 crore which was outstanding in the books of IREO’s land-buying companies and was supposed to be received in 2010-11.

“Approximately Rs 407 crore was paid to a company called Misty Meadows Private Limited, which was controlled by a real estate broker acting for IREO, in return for development rights over 78 acres of land held in Bhiwadi. The Rs 407 crore value of the rights was then written off,” Sanka said.

Incidentally, ten companies of M3M – which also controlled Misty Meadows – owed Rs 407 crore to the IREO Group in 2010-11. As indicated by Sanka, an equal sum of money moved from the IREO to Misty Meadows through the Bhiwadi scheme, for which no licence was ever taken; no architects, project managers or employees were hired;  the land was not demarcated, fenced or guarded; which no senior person in IREO ever visited and for which a residential development agreement was made, despite the land being industrial. Credit: Sanka’s petition before the SC. Credit: Sanka’s petition before the SC.

“This artificial scheme was to allow a write-off in the accounts of money which had been paid to the same broker previously, but had not been invested and accounted for as land purchases in the earlier period of 2004/08,” Sanka further told the court.

Elaborating on the extent of the fraud, Sanka said, “If you take Rs 407 crore and apply it across 78 acres, on average, that amounts to about Rs 6 crore per acre, plus the 34% share of developed sales revenue; an exorbitant amount to pay for undeveloped land at Bhiwadi.”

By way of comparison, Sanka said that in the same period, land was acquired in Gurgaon at Rs 3.8 crore per acre with no share of developed sales revenue and that, “Gurgaon is a much more developed and prestigious area in which to acquire land.”

Sanka further said that Bhiwadi is less developed than Gurgaon and is further from the National Capital Region (NCR) and land there is, therefore, much less valuable. “It was certainly not worth almost twice as much as that of Gurgaon,” Sanka told the court. “The price paid is, therefore, extraordinary. It is certainly not standard market value.”

After the Supreme Court issued notices on July 11, 2018, to statutory authorities and respondents, namely, the Central Board of Direct Taxes; Commissioner of Police, Gurgaon; Commissioner of Police, Delhi; Central Board of Excise and Customs and Serious Fraud Investigation Office, Delhi, over a score of customers of various IREO housing schemes also approached the court seeking that they be impleaded in the case. They claimed that the projects in which they had invested their life savings were lying stuck midway.

Subsequent petitions in the case had exemplified the scale of distress caused, saying, “There are about 1,000 consumer court cases against IREO companies and more than 427 cases are pending in National Consumer Disputes Redressal Commission, New Delhi.”