Why I’ve Had Enough of George Orwell

Orwell is a terrible role-model for an age that needs more serious people honestly grappling with complexity.

The secret of Orwell’s appeal lies in his rhetoric: everything is simple, everything is right or wrong, and everything – if you only listened to him – can finally be solved. 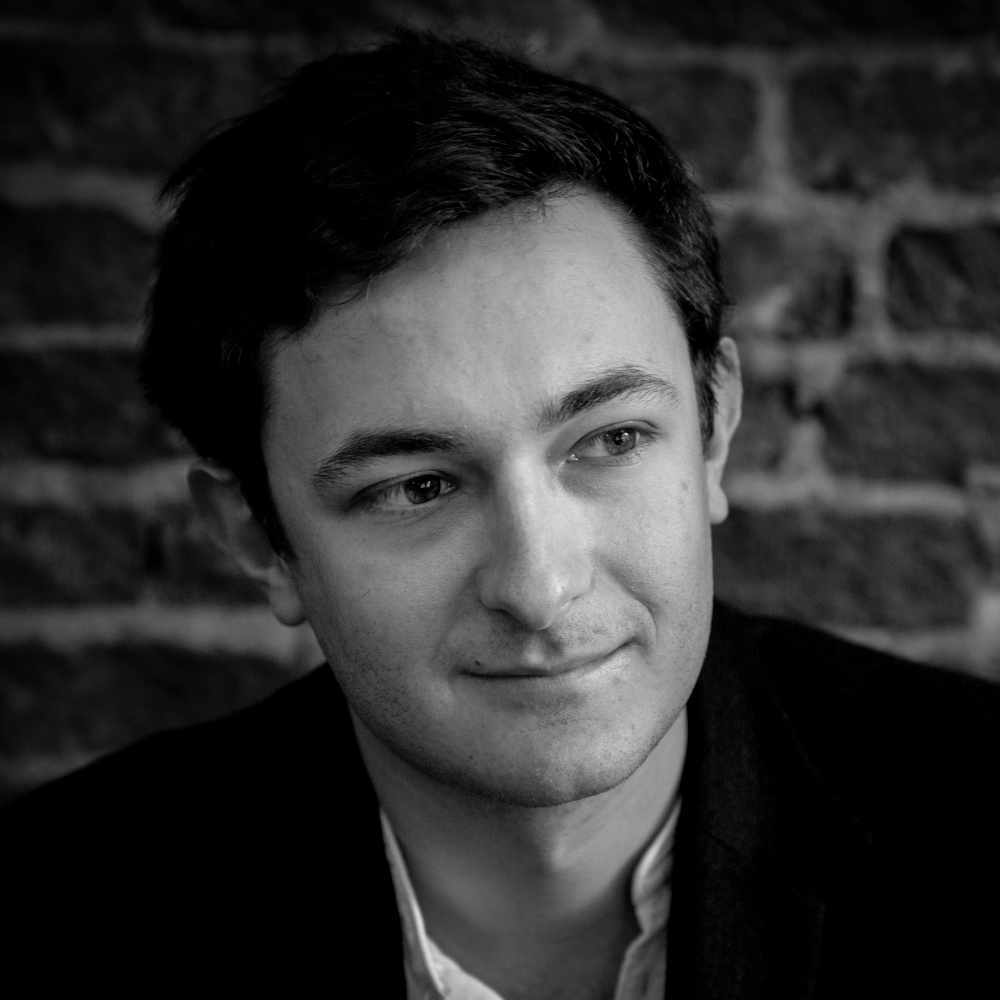 Why is it always Orwell o’clock? Why is everything mildly unpleasant about government instantly Orwellian? Why is every banal propaganda effort obviously 1984 sprung to life? Why is it all as crushingly predictable as the Orwell Prize, the outstandingly foreseeable new Churchill And Orwell double biography, and now a new life-size bronze Orwell statue outside the BBC?

There is a simplicity and a clarity to Orwell’s prose. It flows nicely. But  there is also nothing special about it other than the fact it has been canonised as the ultimate in English authorial excellence.

This is still very much a surprise to me, because there is just so much wrong with it. Are the violent caricatures of Jews in Down And Out In Paris And London really defending the downtrodden in 1933? Are the rantings (against amongst others, vegetarians) in The Road To Wigan Pier even coherent? Were the baying hysterical yellow people forcing a European into Shooting An Elephant really an appropriate metaphor for colonialism in 1936? Is Julia, the paper-thin vamp in 1984, really a character at all?

Stranger, too, is the idea that George Orwell was a master of prophecy. And this is not merely a matter of a few false calls. Orwell was a man wholly addicted to tub-thumping socialist augury. The gentleman non-pseudonymously known as Eric Blair categorically announced in 1937 that “the upper-middle class is clearly finished.”

Also read: George Orwell, Who Hated Purple Prose as Much as He Hated Injustice

He predicted in 1941 alone that: the British Empire would be converted into “a socialist federation of states”; the London Stock Exchange would imminently be “torn down”; Britain’s country homes would be transformed into socialist “children’s camps”; and Eton and Harrow faced immediate post-war closure.

He was making claims that were childish even for his time. This addiction to announcing the future is why even his oft-quoted and more often imitated 1941 essay England, Your England reads much more like a strange sermon from his own parallel universe belonging to British socialist totalitarians than anything genuinely reflective.

But none of Orwell’s silly predictions would really irritate if  the canonisation of 1984 was not a net negative for our political debate. This is not to say the novel is not a decent evocation of Stalinism – it is. It’s just that its lodging itself as the English language’s only universally-read dystopia hampers awareness of what really threatens democracy today.

It strikes me as rather glib to say that 1984 is relevant because Orwell was worried about surveillance and “newspeak” words losing their meaning. Orwell’s actual warnings – about homogenisation, the destruction of information, a world without wealth and only unlimited powers of the state – are now miles away. If anything, the threats to democracy are the opposite of “Orwellian.”

This is the problem of bringing everything, always, back to Orwell. He has nothing to say about social fragmentation, financialisation, ethnic splintering, unaccountable corporations, offshore kleptocrats, or echo chambers, to name but a few. Instead, he leaves too many political minds forever chasing, Quixote-like, the totalitarian windmill of untrammeled state power. They ignore the real anaemic state before their eyes, which struggles to keep up with corporate algorithms, is unable to fulfil its promises, or tax the super-rich.

Orwell was no visionary when it comes to economics, either. Recall his Floating Fortresses in 1984, explicitly designed to eat up the surplus production of a population. His inability to meaningfully reflect on the dynamics of capitalism (beyond moralising condemnation), let alone imagine a consumer society, is a fascinating wooly mammoth frozen in ice from the postwar era. It is a reminder of how utterly written-off by European intellectuals the market economy was immediately after the war – and what a shock the 1950s consumerist takeoff in living standards proved to be.

Most of the Orwell cult only irritates, but one thing legitimately grates: the idea of Eric Blair as a monument to British decency. The author of 1984 not only wrote a deathbed list for the authorities denouncing notable writers and public figures as Communist sympathisers. He had meticulously kept throughout the last decade of his life a paranoid notebook filled with 135 names. These, he had variously labelled what he called “cryptos,” “F.T.s” for fellow travellers, or those he alleged were Stalinist sympathisers, suspect agents or outright members of the Communist Party of Great Britain. Orwell’s list included figures as eminent as the future leader of the Labour Party Michael Foot, the broadcaster and writer J.B. Priestly, and the the historian E.H. Carr. Whilst occasionally it was right, more often than not the list was absurd.

There is a notable and obvious overlap in Orwell’s notebook between many of 1940s London’s prominent gay, Jewish and anti-colonial public figures and the accused “cryptos.” Orwell’s bigoted commentaries fill his suspects notebook. Jews are clearly labeled (“Polish Jew”, “English Jew”, “Jewess”) whilst others were mislabeled (“Charlie Chaplin – Jewish?”). The African-American bass singer and future civil rights activist Paul Robeson finds himself in Orwell’s list with the note “very anti-white,” whilst the half-Jewish poet Stephen Spender is damned as a “sentimental sympathiser… tendency towards homosexuality.” Orwell was a British McCarthyite before the hour. It was only Orwell’s death in 1950 that saved his reputation from his paranoia.

Yet his many defenders, when (rarely) confronted with these facts, urge us to separate the man from the message or his novels, as if he were T.S. Eliot. The slight difference here is of course that George Orwell is canonised not for something distinct from his politics and his prejudices, in the way the intensely anti-Semitic T.S. Eliot is hailed for The Waste Land. His reputation in Britain today is above all as a moral giant.

Yet one does not have to look very far to find a man known to his friends, such as the journalist Malcolm Muggeridge, as being “at heart strongly anti-Semitic,” a man whom they remembered gratuitously raising the fact or question of his contemporaries’ Jewishness and remarking at the preponderance of Jews working alongside him at the Observer.

Not only are Orwell’s diaries full of accusations that the Jews controlled the media; they also record that when presented with rumours that Jews predominated amongst those sheltering in the London Tube during the Blitz, he rushed (“Must check this”) to verify the baseless accusation, only to then dwell on the fact the Jews made themselves conspicuous.

Orwell’s books, too, are heavily stained with anti-Semitism. His 1933 novelistic impressions and imaginings in Down And Out In Paris And London (where he would regularly visit a Parisian aunt in the cinquième arrondissement) contains constant and violent caricatures of Jews. “It would have been a pleasure to flatten the Jew’s nose,” he recalls.

Whilst the Romanians, plongeurs and tramps Orwell meets have names and identities, the Jews are only ever Jews – whether it is “a red-haired Jew, an extraordinarily disagreeable man” he fantasises about punching in Paris, or when he returns to London and sights “a Jew, muzzle down in the plate, who was guiltily wolfing down bacon.”

These are not feelings that George Orwell was shy to admit, even in writing. His 1945 musings on the illogicality of anti-Semitism as an ideology goes as far as to ask, “Why does anti-Semitism appeal to me?”

The time-stamp on these musings matter when it comes to judging his reputation as the now bronze-cast moral authority outside the BBC. This is quite different from judging Shakespeare on whether or not Shylock is an anti-Semitic caricature, given that The Merchant of Venice was written at a time when Judaism was a question of peripheral relevance to Elizabethan writers. Orwell first published the year Hitler came to power.

Also read: There’s No Hope Among the Proles

Surely, these publicised facts should have dented the Orwell myth, or at least checked it out of the lofty Mount Olympus of unquestionable moral magnificence the way Winston Churchill’s colonial record has done even to him.

But no. And this, I believe, is because the secret to Orwell’s popularity is not in the facts of his life, or even in his journalism (though he hardly ever engaged in what we would call reporting), and certainly not in his prophecy. The secret of Orwell’s appeal lies in his rhetoric: everything is simple, everything is right or wrong, and everything – if you only listened to him – can finally be solved. George Orwell in fact reads nothing like a political thinker but like a Sunday morning country vicar: incredibly English, quietly demagogic, and thirsting for justice to be done.

Britain and America would benefit from reading a little less Orwell, and not just for the same reasons they would benefit from making fewer comparisons to the 1930s. Today, we need fewer morally zealous political writers on all sides – and more serious people that are honestly grappling with complexity.

Ben Judah is author of Fragile Empire and This Is London.

This articles was published in The American Interest. Read the original here.