The former Rajya Sabha MP and diplomat also criticised "India's elite" and Jawaharlal Nehru for their dismissal of what he calls "Hindu civilisation." 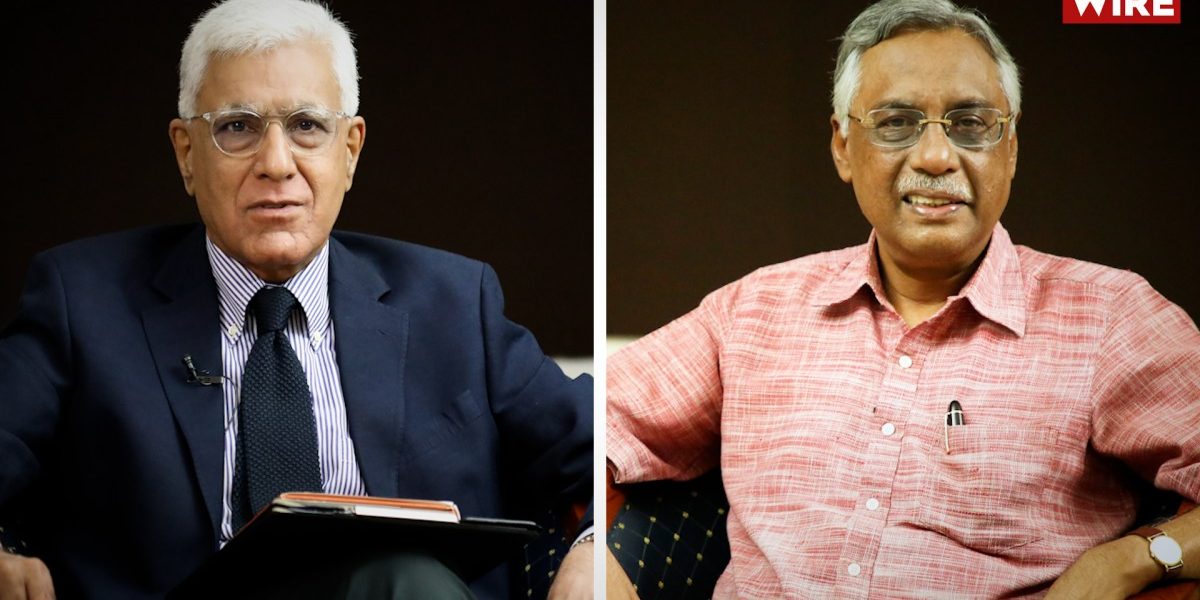 In an interview to mark the publication of his new book The Great Hindu Civilisation, Pavan Varma has launched one of the strongest criticisms of the BJP and RSS claiming: “The top BJP and RSS leadership…have been complicit and collusive in seriously eroding India’s commitment to pluralism, religious harmony, respect for all faiths, civilised dialogue and rule of law.”

The former Rajya Sabha MP and diplomat says the BJP and RSS have “Talibanised Hinduism”. Varma is also sharply critical of India’s elite who he says are both ignorant of and unconcerned about India’s great Hindu culture and civilisation. He also criticises Amartya Sen and Romila Thapar for not accepting that India’s great past is a product of its Hindu faith and for their refusal to accept the term “Hindu civilisation”.

Finally, Pavan Varma is also deeply critical of Jawaharlal Nehru. In Varma’s interpretation, Nehru’s understanding and appreciation of India’s culture and civilisation was more romanticised than based on actual knowledge. He says: “Nehru’s view of India’s past was of dismissal and impatience”. He says Nehru showed “a deliberate disdain of Indian culture and specifically of Hindu civilisation”.

In a 40-minute interview to Karan Thapar for The Wire, Varma says the BJP and RSS’s Hindutva “has given the leadership of the great Hindu civilisation to the rabble, and unleashed the forces that in their misplaced evangelism are trampling with impunity upon the delicate and refined tapestry and enormous wisdoms of the very faith and civilisation such forces claim to defend.”

In the interview (and in his book) he identifies 10 serious consequences of this lumpen Hindu leadership. Four are of particular importance. First, “it has no compunction in resorting to violence to impose its views”. Second, “the dominant emotion is hatred of the ‘other’, others being defined as primarily muslims”. Third, “it has scant regard for the rule of law”. Fourth, “it has little problem in conflating religion with patriotism”.

Varma says this has seriously damaged India’s democracy and secularism and that behind the claim of promoting Hinduism and Hindu culture, the BJP has actually ended up distorting and hollowing it out. He specifically and repeatedly calls this “the Talibanisation of Hinduism”.

As a result, Varma says Hinduism and Hindu civilisation face a crisis today. As he puts it: “…Instead of the genuine Hindu renaissance that should have unfolded, we are witnessing the hate-filled trivialisation of that great legacy.”

Varma also launches a strong critique of India’s elite. He says they are ignorant of the country’s rich Hindu culture and civilisation. The school syllabus does not teach it and, he says, Indians are more familiar with Shakespeare and Dickens than Kalidasa.

Speaking about Amartya Sen and Romila Thapar he says they are two examples of scholars who are extremely knowledgeable of India’s history, culture and civilisation but have deliberately and consciously chosen to deny its Hindu origin, and thus call it a Hindu civilisation, because they are apprehensive that if they do so it will encourage majoritarian tendencies and Hindu revivalism.

In Jawaharlal Nehru’s case, Varma argues that the first prime minister romanticised India’s great past but did not know very much about it. In the interview he gives details and examples of how Nehru’s books are more knowledgeable about the Mughals than the earlier preceding Hindu period. He quotes sentences from The Discovery of India to suggest Nehru was dismissive of India’s Hindu past. Two of those sentences are: “India must break with much of her past and not allow it to dominate the present … our lives are encumbered with the dead wood of the past; all that is dead and has served its purpose must go.”

In the interview (and his book) Pavan Varma is also searingly critical of the Islamic conquest. He writes: “Hindu civilisation had never seen conquerors like the Islamic Turkic invaders, who were so blindly committed to the destruction of a culture, so fanatically driven by a belief in the superiority of their religion, so unrelenting in their hatred for those not belonging to it and so passionate about the need to convert unbelievers.”

In response to questions from The Wire that this is how all conquerors in every part of the world and every period of history have behaved, Varma insists that even if that is true, then Hindu civilisation had never faced anything like this before.

In The Wire interview it is pointed out to Varma that Pushpamitra Shunga in the 2nd century BC also destroyed hundreds if not thousands of monasteries and killed thousands of monks in an attempt to eradicate Buddhism. Varma claims that the Islamic conquest was worse in terms of degree. He does not accept that the truth could be we know more about the atrocities of the Muslim/Mughal period and a lot less about Pushpamitra Shunga because the former is a lot closer in time and better recorded.

Finally, Varma said knowledgeable commentators have deliberately suppressed knowledge and details of the atrocities that occurred right through the years of Muslim rule. He says: “The suppression of historical truth…was part of a planned design by a combination of politicians, historians and commentators for decades after 1947.”

However, when questioned what proof Varma has of such “a planned design”, which is tantamount to a conspiracy, he says this is his interpretation and he has every right to make it.