Digging Through India's Dirt, But Not Knowing What to Do With It

Assa Doron and Robbin Jeffrey's 'Waste of a Nation' is a fascinating, detailed account of India's waste problem, but misses talking about some of the deeper issues. A boy searches for fish in the polluted sea backwaters near marina beach in the southern Indian city of Chennai July 3, 2013. Credit: Reuters/Babu/Files 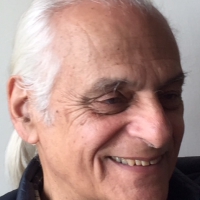 It would seem, by now, that only scholars inhabit the world of multiple theories and solutions to dirty and hopeless poverty. Even so, one is constantly looking out for fresh contributions that shed new light on the permanence of this condition. So it is with a sense of anticipation that one picks up Assa Dorron and Robin Jeffrey’s book Waste of a Nation. An anticipation conditioned by the proven authenticity of literature coming from the bloodline of Harvard University Press. It naturally attracts our attention. We have come to expect thoroughbreds from them. There is a sense of assurance that books from them will comply with the highest standards because they will have gone through peer review, have engaged disciplined academic research methodologies, used structured arguments in faultless English and be backed by meticulous references, notes and authentic data, all rolled into the personal experiences of the researching authors. Readers will not be disappointed at all. India’s filth has been described within the parameters of familiar well-conceived notions and the conclusions of their research, or shall I say their findings, or better still , I shall just say that their observations have been laid out in a most engaging document that lays bare the waste of India. The authors, new to the disgusting social, economical, criminal and smelly conditions of waste in India, have picked their way through it all with enviable skill. It could not have been easy to come to terms with patterns of living in which so many people’s daily lives in Asia are inseparably linked to waste. From the problems of disposing off hair and toothbrushes to canabalising ships beached in Gujarat, they have compiled a virtual compendium of the vast range of waste in India. Such an extensive coverage of our underbelly is described in many interesting insights as their account wanders through the different social relationships between waste disposal, social outcastism and poverty.

Why is it, then, that on reading this volume, one gets left with a feeling of having been on a circular journey, squelching through all that filth, seeing it, understanding it, sympathising with it, and yet ending up not knowing “why India is so filthy” – a question the authors ask in their introduction? One gets, of course, totally immersed in the density of the anecdotes and arguments, the range of facts and figures, the analogies with the US and UK, the historical aspects including Florence Nightingale and one admires the sheer breadth of it all. And yet such an exhaustive coverage of all the symptoms, in a country covered in its own waste, doesn’t seem to come to a conclusive diagnosis. After having gone through almost 300 pages including 40 pages of bibliography, one is reminded of the doctor who examines his sick patient only to tell him to change his attitude towards his illnesses. With the authors prescribing that “India must re-define its relationship with waste,” one gets the feeling that they have waded through all that waste and listed it, rather as a Lonely Planet Guide would, before scrubbing their feet and slipping away quietly to leave us alone to do what we have been doing for a few centuries – re-defining our relationship with our own waste.

The book opens with vivid descriptions of the 19th century conditions of waste in Imperial Britain as it was settling down to being industrialised and relying on commissions of inquiry to sort out, not only its domestic sanitary issues but the terrible conditions in the Indian cantonments, where the British soldiers were billetted. The analogies with early industrial UK and contemporary India remind us, as do most theories of under-development, of our early stage of industrialisation and how we must traverse through the heaps of waste. The wide survey of dumpsites in India as well as forays into the problems of sites in Europe do provide an excellent context for industrialising cities and the levels of unmanageable waste. These contextual arguments are peppered with impressionistic comments such as “Garbage related crime in India appears to be common but not at the scale or for the high stakes of North America and Europe”. Such broadly painted generalisations make one one realise just how much more work has to be done in and about this sector before any clear picture emerges about waste. Attempting to grapple with the enormity of the scale of waste production in a country with a population of over 1.2 billion, the authors perforce have resorted to aligning population growth figures with car ownership, sewage connection numbers, the beneficial use of datuun and juxtaposed these with estimates of annual urban waste in millions of tons derived from a wide range of sources. Finally one cannot help but agree with the authors that it seems impossible to measure waste in India.

The chapter on excretia, similarly, struggles to get a grip on the enormity of the problem. Understandably so, trying to measure the incidence of open defecation, availability of latrines, the absence of sewage connections and the pollution of our rivers and air presents problems for any scholar searching for authentic data, especially if they are trying to find a comparative measure for the whole country. Clearly the authors were handicapped and had to depend on all sorts of unreliable data put out by Ministries who use tables to cry for more funding, or on alarming media coverage or just on scholars and other research publications. The chapter on recycling makes for interesting reading as it covers the kabadiwaala, children as waste pickers, ships beached for destruction in Alang in Gujarat, human hair, electronics, plastic and all the myriads of items from which waste pickers extract value. 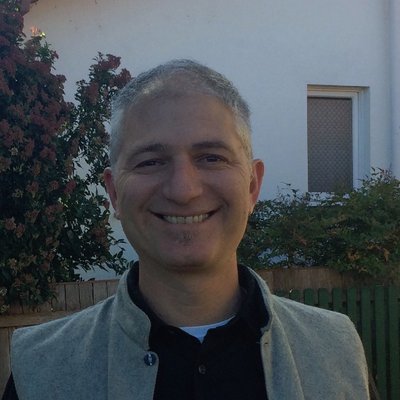 In the second half of the book, the authors zoom out of the nitty-gritty world of waste to take a macro picture. I have praise for their intention to try and pan their cameras across India’s national waste. They write about the problems of inadequate finances and capabilities in local governance, the social stigmas attached to waste in the embedded caste system and the efforts of the corporate sector to get into waste management. This half of the book is full of fascinating anecdotes giving the reader a fresh look at the goings and comings within the world of managing waste. Such a dismal picture emerges that we are left to make our own conclusion about how nothing will reform this sector until the mess is sorted out by some miraculous change in national awareness. Not too surprisingly, the authors are led to the conclusion that attitudinal problems are primarily responsible for the volume of filth spread across the country. India’s volume of waste far exceeds its capabilities to handle it. Governments get by relying on waste being collected haphazardly by individual waste pickers, the NGOs, local governance and then prevaricate about their own incapabilities to tackle river pollution and air pollution. The last thing any government wants to admit is that they are simply unable to deal with the volumes of liquid and solid waste. They have no prime time left to deal with festering problems in the never ending cycle of daily crises.

The outstanding merit of the book is that it constantly draws our attention, in a holistic way, to the wider overall dimension of Indian waste in a contemplative way that mixes anecdotes, facts, observations and humour. However, if you are looking for something serious that would shed light on somewhat deeper issues such as the nature of industrialisation and its link to wastage, or the connection between the absence of poverty and slums in modern Europe and the violence they perpetuated to get rid of it, or the relationship between exporting waste from developed societies and importing it as a commodity for employment and revenue in the underdeveloped world, then you may be disappointed. Such serious engagement with pithy issues would need reliable data before any interconnected global picture can emerge of waste. Data that simply does not exist in a country like India. The irony is that waste disposal is no longer a regional or national problem. Waste, like global warming, is a planetary problem because we cannot dispose non-organic waste into space. It needs a resting place on Earth and that seriously pollutes the environment. So exporting it to another country is an easy remedy. I still remember, in the 1970s, the Indian ambassador in Holland being asked whether India would consider importing some ship loads of cow dung for use as fertiliser since the Dutch lived in a small country with a large cattle population and there was no more space left in Holland for the dung to be piled up. 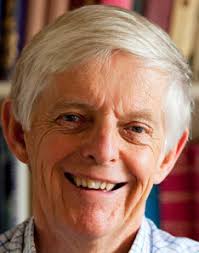 The terribly cruel social dimensions of those who handle waste are part and parcel of the ways we have adopted for generating economic wealth and minimising the social responsibilities of government towards the welfare of the marginalised communities, particularly those that deal, round the clock, with wet waste. The private sector is free to pick and choose waste that can be a source of profit. They recycle both imported and domestic waste. The non-profitable or filthy parts of waste are conveniently left to the lower castes, since our elite-based economic system is reluctant to break the historical legacies that trap the poor and ‘untouchables’ into complicity. Despite Mahatma Gandhi’s efforts and Narendra Modi’s Swachh Bharat initiative, the economic system targets growth and propagates untouchability because the universal social welfare system is nowhere in sight. Successive governments keep being let off the hook because Article 37 in the directive principles of the constitution protects them from being prosecuted for refusing their responsibilities for social welfare.

While the authors have tended to regard the larger basket of waste as a problem of underdevelopment, they could have given us a more insightful assessment by distinguishing between commercial, profitable recycling of waste which has no stigmas attached to it and the exploitation of a wide range of marginalised people whom the government finds convenient to ignore and thereby reduce the burden on the exchequer. Clearly the solution lies in state or private charities initiating investments in micro level entreprises run by empowered trained members of the waste-picking community. This would enable them to convert waste recycling to profit rather than letting corporations cherry pick waste for profit while leaving sludge to the marginalised.

Romi Khosla is an architect and planner with a background in economics and accountancy.