V.S. Naipaul Courted Controversy at Every Step, But His Voice Was Never Ignored

His voice, even though bleak, hollow and ill-informed at times, was his own. In an age where originality seemed to have disappeared, his writing came as a powerful stroke of a master. 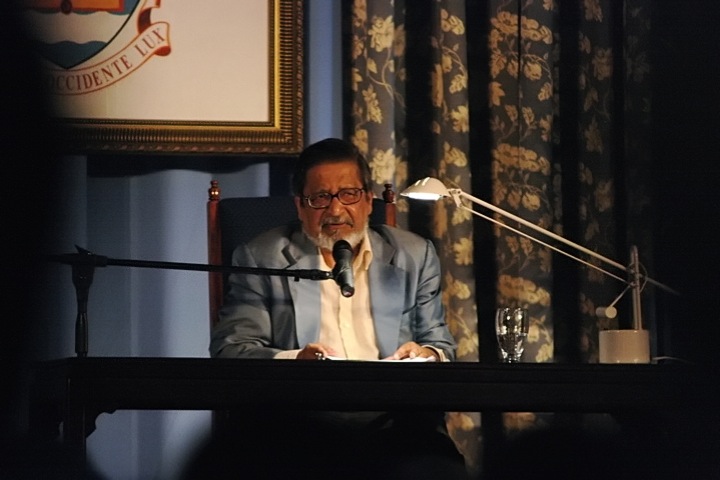 In London, miles away from his house in the quaint village of Wiltshire where he lived with his wife Lady Nadira Naipaul and his cat Augustus, Sir V.S. Naipaul died aged 85. Naipaul was indisputably a global voice. The Nobel laureate cast his shadow on all things that were relevant in the world in which he lived – the ironies of exile, the various beliefs and portraits of the post-colonial worlds. In 2001, the Swedish Academy described Naipaul as “a literary circumnavigator, only ever really at home in himself, in his inimitable voice”. It was true. He was a circumnavigator whose unique voice captivated the world for almost half a century.

There is something magical about Naipaul’s writing, a swan-like flair, a sense of originality and character. But his works have always left a bittersweet impression in the reader’s minds. He not only had a wide readership, but also a plethora of critics who never spared him. Today, he is remembered as a prolific writer whose purpose in life was to only write, and a fierce personality who would sometimes walk out on public appearances and generate controversies throughout the world with his remarks.

Vidiadhar Surajprasad Naipaul was born in colonial Trinidad in 1932, but it would never become his home. His background, as he suggested, was “exceedingly simple” yet “exceedingly confused”. In the late 1800s, his grandparents, who had roots in India, had ended up in the Caribbean as indentured labourers. But his father, Seepersad Naipaul, went on to become the first Indo-Trinidadian reporter for the Trinidad Guardian. In a similar fashion, Vidya, or as his father called him, ‘Vido’, was sent to the Queen’s Royal College in Port of Spain and upon graduation, he won the Trinidad Government Scholarship. Naipaul chose the best – Oxford.

Once he was there, the young Vido found himself lost. He’d come to England to become a writer and once he was there, he didn’t know what to write about. Later, he would reflect on his early days, and say, “It is mysterious, for instance, that the ambition should have come first – the wish to be a writer, to have that distinction, that fame – and that this ambition should have come long before I could think of anything to write about.” It was his father, a writer himself who published a book called The Adventures of Gurudeva, who imbued the spirit of writing in his son. Naipaul recalls in an interview that it was his father who started it, and read to him from Booker T. Washington’s Up From Slavery.

It was his third book, A House for Mr. Biswas (1961), that marked Naipaul’s rise as one of the world’s finest literary voices. The protagonist of the book, Mohun Biswas, was loosely based on Naipaul’s father. And like all the non-fiction books that would follow, this book too had all the elements that Naipaul surrounded himself with for most of his life – identity, religion, life in the Third World, home and the absence of a home.

All that followed was a mutilation of all these themes, expressed through multiple voices and forms. He began writing non-fiction in 1960s, and published his book The Middle Passage in 1962. In the book, he explored colonialism, slavery, language, the post colonial identity and inter-racial tensions in a year-long trip through five societies – Trinidad, British Guiana, Suriname, Martinique and Jamaica. Soon, he would publish books that are still widely read today, including A Bend in the River (1979), An Area of Darkness (1964), India: A Million Mutinies (1990) and A Turn in the South (1989). 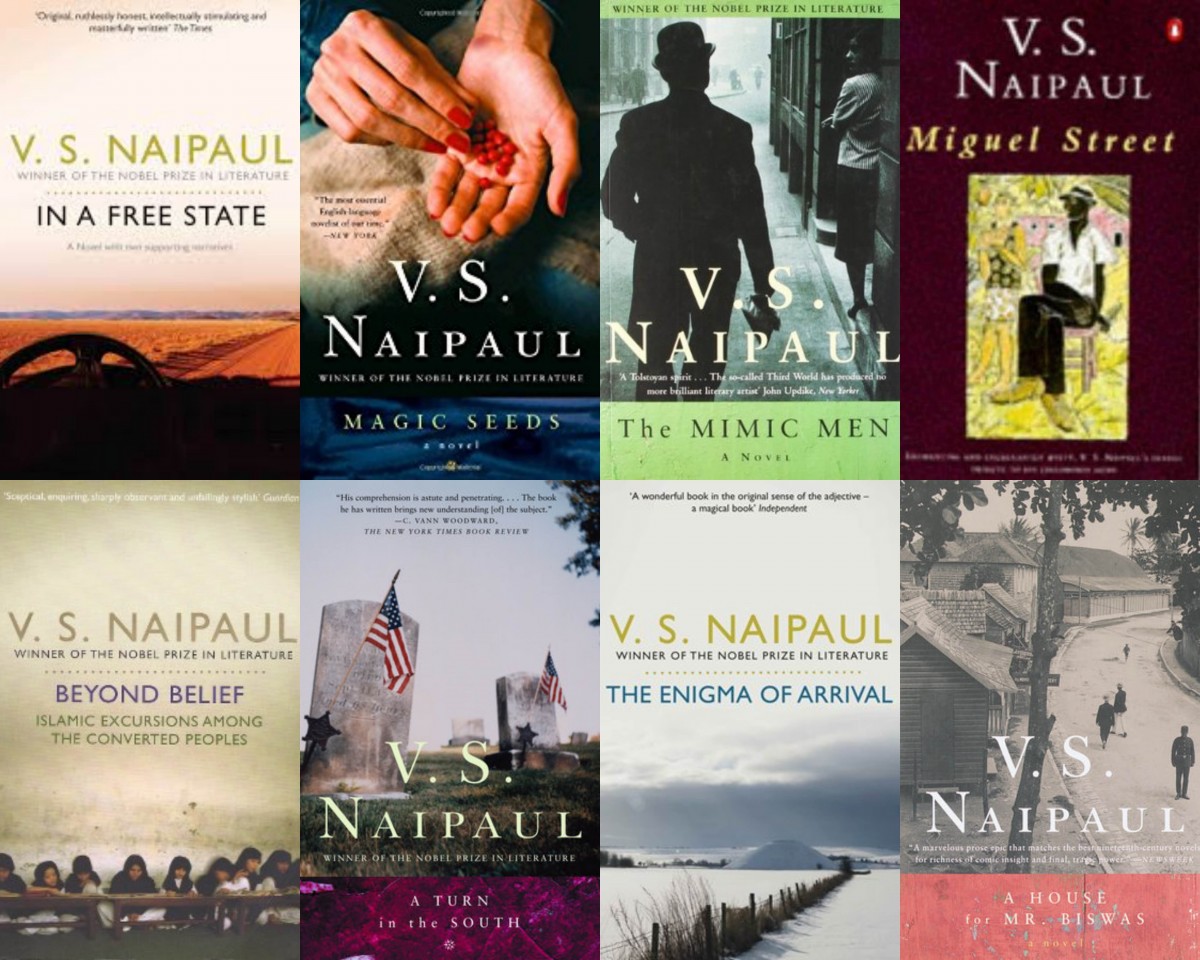 His rise to fame was fast. He received the Man Booker Prize for In a Free State (1971). In 1989, he was knighted. When in 2001 the Swedish Academy called, the phone was picked up by his wife. Naipaul never answered the phone. The caller informed her that he had won the Nobel Prize for Literature, but Naipaul couldn’t be bothered. He was in his room, writing. By the end of the 20th century, Sir Vidia had already become a recognised voice in world literature. But in all his major publications, Naipaul took upon himself the duty to address the condition of the post-colonial subjects. But he received heavy criticism wherever he went with his mighty pen.

Chinua Achebe called him “a new purveyor of the old comforting myths” of the white West. The celebrated poet, Derek Walcott, wrote in a poem “I see these islands and I feel to bawl, / ‘area of darkness’ with V.S. Nightfall”. And it didn’t end there. In India, Girish Karnad called him out at a talk, and wrote, “Mr. Naipaul has written three books on India. If you read them, you find that not even one of them contains any reference to music. He has gone through the whole of India without responding to Indian music. I think that only means that he is tone deaf.” His writing had started to stir the literary world.

It was his obsession with Islam that led him to what Edward Said called the ‘intellectual catastrophe of the first order’. In his two books, Among the Believers (1981) and Beyond Belief (1998), Naipaul explored the non-Arab Islamic world. In both books, Naipaul traveled to four nations – Iran, Pakistan, Malaysia and Indonesia, first in 1979, and then in 1995, to study the ‘converted’ people and their attempts to establish a modern Islamic state. After Among the Believers received criticism, in the prologue to Beyond Belief, he wrote “I’m a manager of narratives” and that in the book ‘(the) people of the country come to the front’.

Naipaul believed that Islam has had a calamitous effect on converted people, and that it has destroyed their past and history. But he is often deemed an elitist, a man of Western thought who didn’t fully understand the cultures of his subjects. Naipaul only observed his subjects from a distance and often lacked self-awareness. In reality, he never touched his subjects with his bare hands, only with a stick, as if he was trying to poke them to generate a reaction which he surprisingly did. James A. Michener wrote, “If you reject the food, ignore the customs, fear the religion and avoid the people, you might better stay home,” and it stands true for Naipaul. 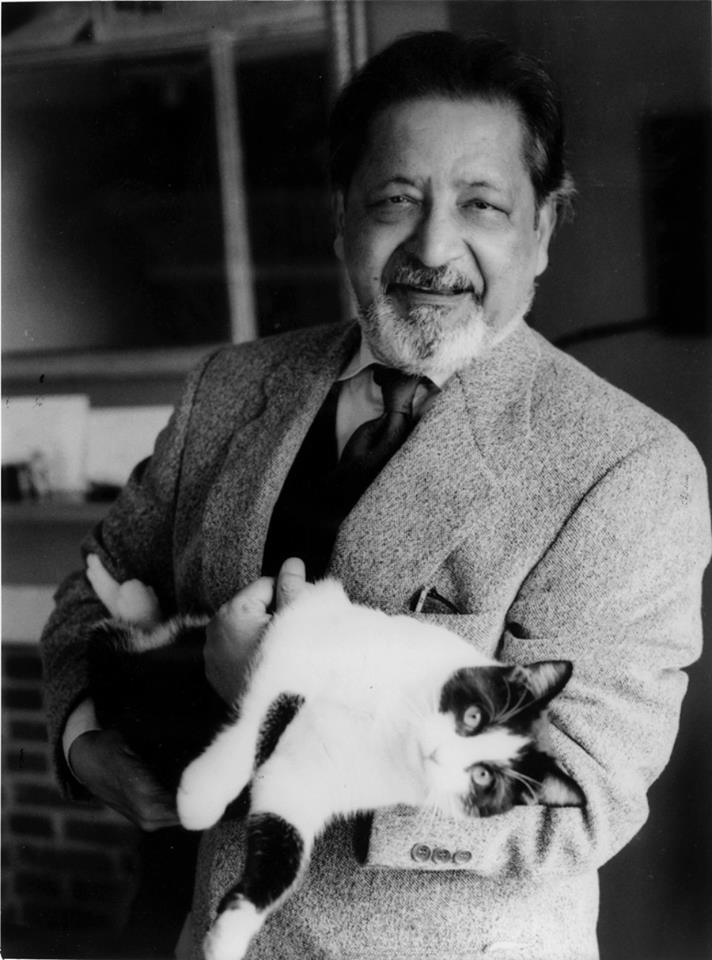 While both the books were profound explorations of the histories of the ‘converted’ Islamic nations, they did little to understand the people of those nations, and to be honest, the people were never in front. Eqbal Ahmad, the Pakistani writer and academic, while discussing Naipaul’s book Beyond Belief, said, “This is not writing. He should stop writing. He should be selling sausages.” His condescending approach implied that the natives neither had anything to say, nor the right to speak. Naipaul’s writings about the Muslim world and Islam became a matter of great controversy as well as an increasing influence in the West. In the ‘Third World’, he was heavily criticised, denounced and mocked. But one thing was certain – his voice was never ignored.

He was at the heart of each controversy. He once stated that “Africans need to be kicked, that’s the only thing they understand”. On another occasion, in an interview in 2011, when he was asked if he considers any female writer equal to him, he responded by saying, “I don’t think so…I couldn’t possibly share her sentimental ambitions, her sentimental sense of the world.” He went on to say, “I read a piece of writing and within a paragraph or two I know whether it is by a woman or not. I think [it is] unequal to me,” and that this is because of a woman’s “sentimentality, the narrow view of the world… And inevitably for a woman, she is not a complete master of a house, so that comes over in her writing too.”

In 2004, Naipaul was invited to the BJP’s office at Ashoka Road, where he remarked that the demolition of the Babri Masjid was ‘a balancing act’. He believed that the monuments of the Mughals are ‘a personal plunder’ and that India is ‘a country with an infinite capacity for being plundered’. According to Naipaul “the Taj is so wasteful, so decadent and in the end so cruel that it is painful to be there for very long. This is an extravagance that speaks of the blood of the people.” All of these remarks have generated resentment towards him in the past. Not only from readers, but also from eminent writers. Naipaul, on the other hand, in all arrogance believed that if a writer doesn’t generate hostility, he is dead.

But his voice, even though bleak, hollow and ill-informed at times, was his own. In an age where originality seemed to have disappeared, his writing came as a powerful stroke of a master. Even though not many agreed with him, there is one thing no one refutes. He was always sharp, amusing, enthralling and entertaining, if not new or revitalising.

In his Nobel acceptance speech, he said, “I am the sum of my books”, and he was. Up until his death, Naipaul was a charismatic yet controversial writer, always dressed in corduroy trousers and tweed jackets, he held his own world in his hands. Most fail the tests that he easily aced. For all the pessimism that he stored in himself, he was a universalist and his writing declared that there was still hope, that home can always be found, and must be found.