The singular success of Debashish Mukerji's book is that it perceptively situates Singh within the political developments during the span of his career. 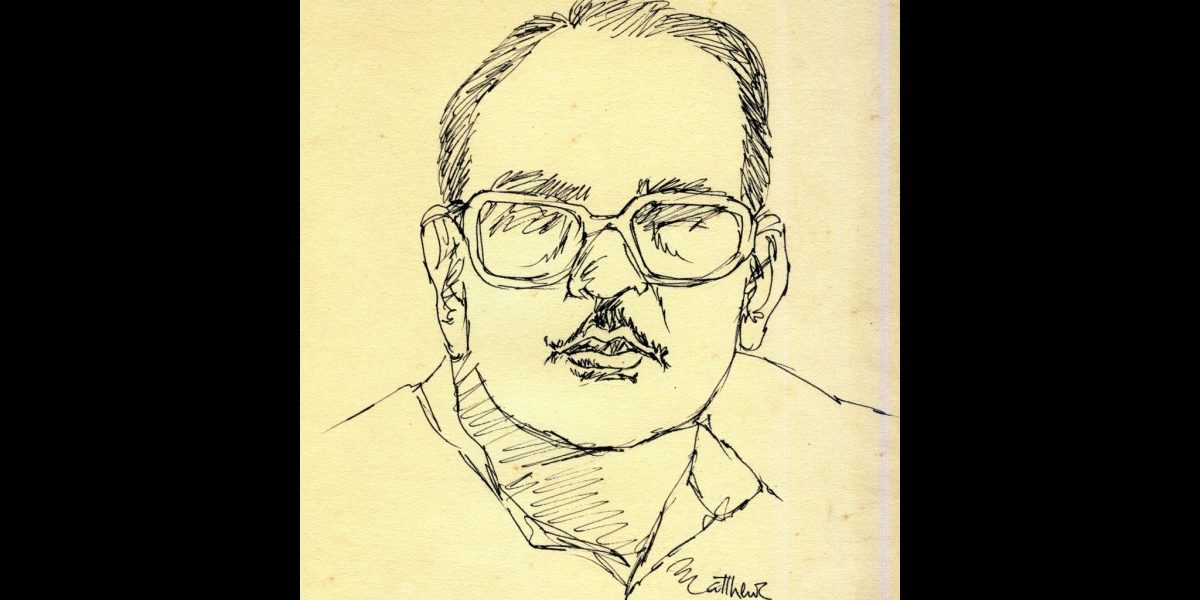 Although the subject of Debashish Mukerji’s book – The Disruptor: How Vishwanath Pratap Singh Shook India – has been absent from the Indian political theatre for almost three decades, a time-span that includes the decade and a half prior to his demise in 2008 following long illness when he had ceased being India’s prime minister, his shadow lurks around every bend in the narrative.

The current centrality of Hindutva in electoral politics and polity at large has a direct correlation with V.P. Singh’s most important political legacy – Mandalisation, or bringing the OBCs to the foreground of Indian polity. His biography could not have been more timely, and Mukerji’s writing is embarrassingly rich in detail, because of the vast range of sources referred to and the ‘access’ the author secured to Singh’s close associates and family.

It was Singh’s decision, albeit taken as a tactical one when boxed within the Janata Dal as prime minister in 1990, that eventually forced even the inherently savarn Bharatiya Janata Party to consciously woo this political constituency. After all, after Prime Minister Narendra Modi expanded his council of ministers in July 2021, the party’s spin doctors publicised that he had completed the process of “OBCfication of the BJP”. In the backdrop of the exodus from the BJP in Uttar Pradesh in the run-up to the assembly polls, Singh’s continuing relevance gets re-established. 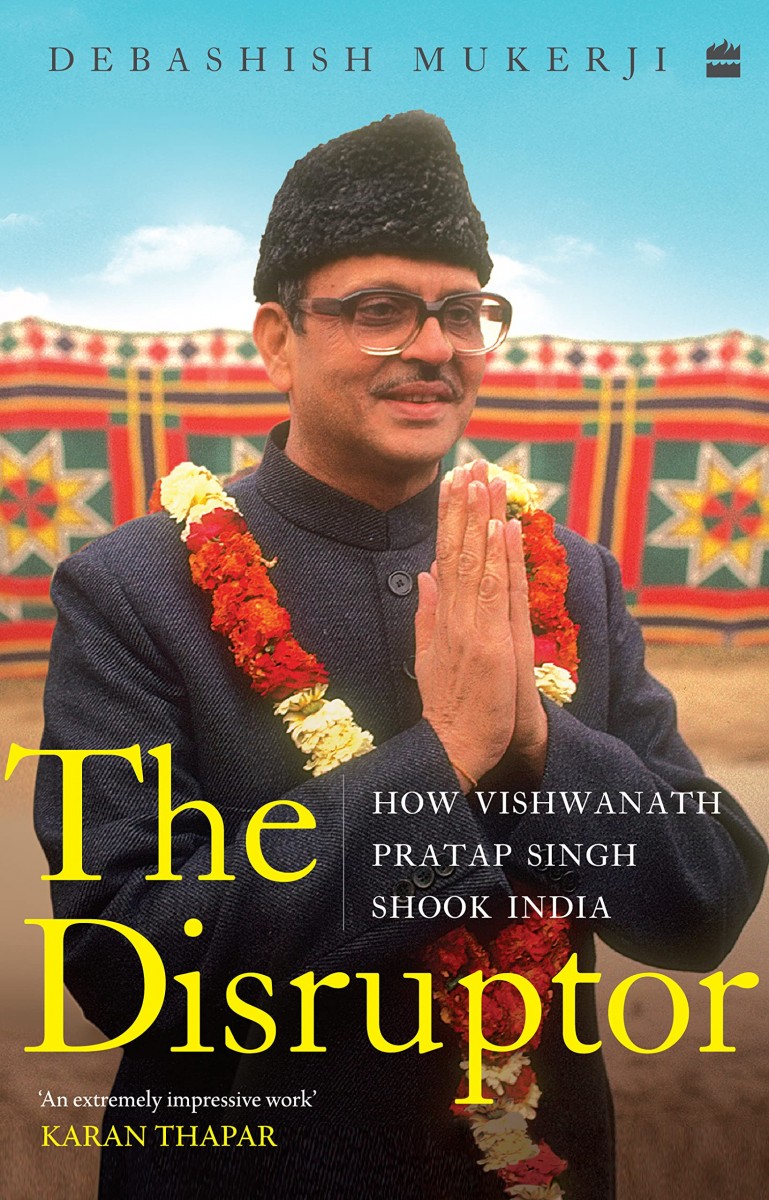 Three decades after Singh’s momentous tenure, the battle line remains the same: Mandal-Kamandal – BJP’s seeming failure to keep its social coalition intact is being witnessed despite forging Hindu consolidation by whipping up passions against minorities, Muslims as well as Christians.

While it is true that the significance of Singh’s Mandal award will be recalled till eternity, there was much more to his political career than the period beginning with his conflict with Rajiv Gandhi in 1986, till the end of his premiership. The author meticulously etches, using the engaging writing style of a journalist but drawing on the tools of an academic, the different phases of Singh’s life. He sheds light on various facets of his political career about which little was known or which have been forgotten. The book brings to life that period in history whose importance cannot be ignored, but for which there is little time in contemporary discourse given the rising dependence on stark binaries to score political points.

I was curious to know more about Singh’s tenure as UP chief minister in 1980-82 for personal reasons. In March 1982, not yet a journalist, when accompanying a friend working for monthly magazine through the Chambal region in Madhya Pradesh and UP (because I took reasonably decent photographs), we met an opposition legislator in Etawah. My correspondent friend probed him on rumours of ongoing false encounters under Singh’s watch in the name of eliminating dacoity. In his early 40s, the leader candidly shared information and directed us to some contacts at the district kutcheri in the morning.

Shortly after we began conversing with the leader’s lawyer contact, who shared details of encounters in which petty criminals were eliminated and shown as notorious bandits, a person entered the room and told us softly, “netaji asked you to leave immediately by the next bus. The CM’s brother has been killed by dacoits and it is now dangerous to ask about encounters.” Back in Delhi, on checking newspapers, we learnt the alert was indeed timely. Cops swooped on the court premises and randomly picked up people they suspected of connections with dacoits, and the lawyer was one of them. The encounter story eventually was done by more resourceful journalists but we remained grateful to ‘netaji’. Years later, when I met Mulayam Singh Yadav, he had almost no recollection of how he ‘saved’ us!

The author details this chapter in Singh’s tenure, narrating the killing of his elder brother, Chandrasekhar Prasad Singh, graphically. He also depicts the sordid episode of how he virtually led a leading dacoit, Chabiram, up the garden path by promising to facilitate his surrender but later developing cold feet after opposition from the state police. Singh compromised Chabiram’s location but he ensured that the police did not catch him, but within months he was eventually killed in an encounter following stepped up operations after the killing of Singh’s brother by another gang. Although the author does not conceal his more than sneaking admiration for Singh and his politics, especially for the Mandal award, and often skips commenting on incidents when he acted like other unprincipled politicians, the biographer devotes considerable space to the (mis)handling of the dacoity saga, which eventually led to Singh’s resignation as chief minister. It, incidentally, was the first of the two most important occasions when he stepped down from office – the other time being from Rajiv Gandhi’s government to embark on the phase of his career for which he is recalled the most.

Mukerji must be complimented for his painstaking research which included wading through pages of Singh’s extensive interview for the oral history project of the Nehru Memorial Museum and Library. This, however, often results in taking Singh’s version of events at face value, although it becomes evident that in key moments of Singh’s career, every political player had a different version (the age-old problem of the Rashomon syndrome) – for instance the events leading to Lal Krishna Advani’s arrest in Samastipur during the Somnath to Ayodhya Rath Yatra, when Singh’s version differs from Lalu Yadav’s. 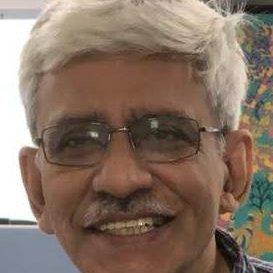 In the years that Singh was active in politics, especially after he became pivotal in the political narrative – from 1986 to 1990 – he was often referred to in the media as the Raja of Manda. Few details of his childhood were known and the book scrupulously illustrates Singh’s childhood, how he was ‘adopted’, his early relationships, and how and why in time became “dismissive of personal comforts” although born and brought up in great opulence. Mukherji lists Singh’s ‘Alderian quest’ and how this became visible through acts like donating land.

Journalists, in the years of Singh being India’s principal character, often referred to his background in the sciences and how he had Rajendra Singh (Rajju Bhaiya of the RSS) and Murli Manohar Joshi as his teachers. But the story ended with this mention. Mukerji, instead, pieces together the fascinating tale of how Singh ended up securing a second bachelors degree and how the former prime minister may have become a BARC scientist if he had not been on the wrong side of the age barrier.

The singular success of the book is that it perceptively situates Singh within the political developments during the span of his career, from how he coped with the rise of Sanjay Gandhi to the years when his elder brother was prime minister. There are numerous insightful details that depict how leaders of that era did their ‘homework’ – for instance the charming information on how Singh prepared for a short-duration discussion in the Lok Sabha in the 1970s on the global oil crisis by reading the magazine Science Today, on the advice of his son Abhay.

At times, however, the author’s endorsement of Singh’s most significant move – implementing the Mandal Commission report – casts a Napoleonic shadow on the biography. Despite never being hagiographic in nature, there are occasions when the author does get blindsided and states that Singh never “displayed” a Machiavellian strain in his entire career, an assertion over which there can be disagreement.

Despite these divergences of perception, this book is to be treasured for its encyclopaedic contents of both the man and his times.

Nilanjan Mukhopadhyay is an NCR-based author and journalist. His latest book is The Demolition and the Verdict: Ayodhya and the Project to Reconfigure India. His other books include The RSS: Icons of the Indian Right and Narendra Modi: The Man, The Times. He tweets at @NilanjanUdwin.