Book Review: A Disturbing Account of the 1970 East Pakistan Storm and Its Political Fallout

'The Vortex' works as a jumping point for further exploration of the subcontinent's most traumatic period in post-independence history but also takes gratuitous liberties with known facts. 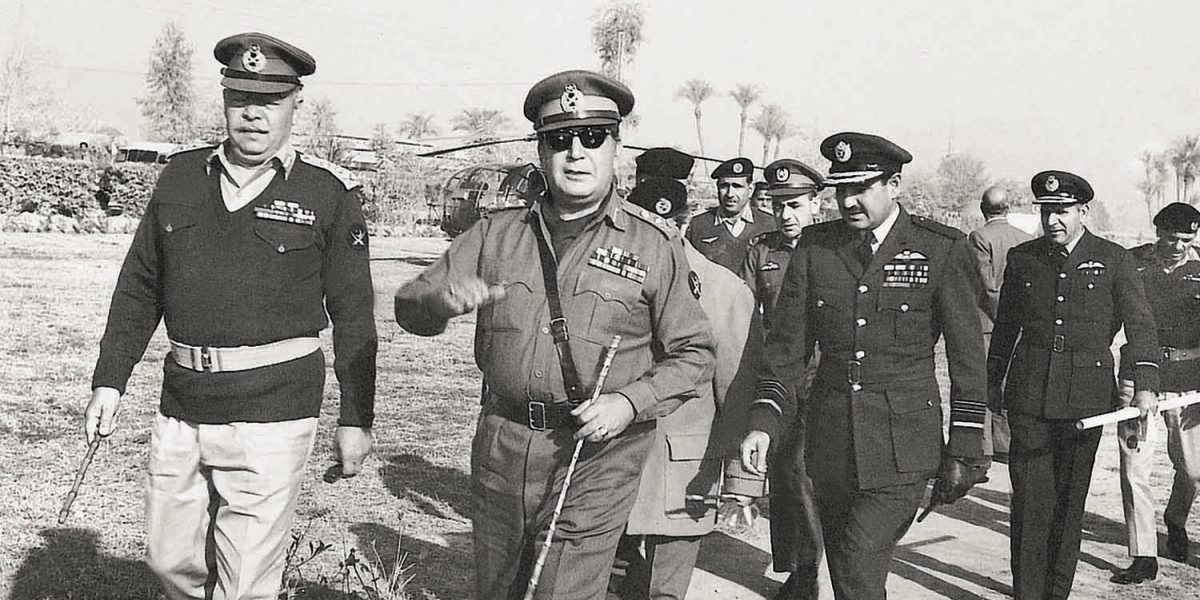 The book The Vortex: A True Story of History’s Deadliest Storm, an Unspeakable War, and Liberation by Scott Carney and Jason Miklian is disturbing in more than one respect. Given that it dwells on the most traumatic period in the subcontinent’s post-independence history, it could hardly be otherwise.

It provides a thoroughly readable account that takes cues from the horrific cyclone that devastated what was then East Pakistan in November 1970 and suggests that the storm’s political fallout was instrumental in reshaping the subcontinent.

That is not by any means an absurd argument, given the Islamabad government’s nonchalance in the face of one of the worst recorded natural disasters anywhere in the world. 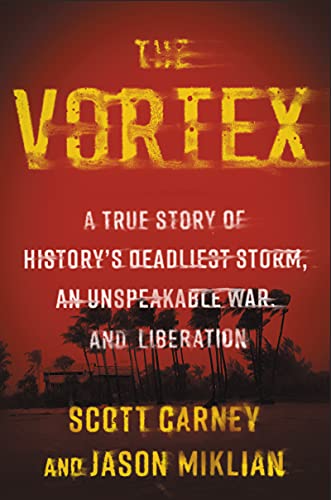 Scott Carney and Jason Miklian
The Vortex: A True Story of History’s Deadliest Storm, an Unspeakable War, and Liberation
Ecco

But West Pakistan’s disregard for the eastern wing’s tribulations was hardly a novelty. It is perfectly possible that the Awami League’s near clean sweep of National Assembly seats in the province was facilitated by the horrors of November, but Sheikh Mujibur Rahman’s party was anyhow destined for a substantial majority.

Mujib’s political rivals in East Bengal don’t rate a mention in this book. That’s broadly understandable, given he was effectively unrivalled – partly because Maulana Abdul Hamid Khan Bhashani opted out of the electoral process. As leader of the National Awami Party (NAP), the “red maulana” had cast his lot with Peking (Beijing), which was enamoured by both Ayub Khan and his military successor. His decision to opt-out of the electoral sway effectively cleared the path for the Awami League.

The pro-Moscow wing of the NAP was led by Khan Abdul Wali Khan – the son of the ‘Frontier Gandhi’ Ghaffar Khan – and emerged as the leading vote-winner in Balochistan and the North-West Frontier Province (NWFP). He was sympathetic to Mujib’s aspirations for provincial autonomy, and was a significant player in the Dhaka negotiations of March 1971.

Generals others than Yahya Khan, Tikka Khan and A.A.K. Niazi also do not feature in this narrative, even though they were instrumental in the course of events, not least Zulfikar Ali Bhutto’s ascension to the post of president and chief martial law administrator (he ended martial law in April 1972, 50 years ago).

Vortex relies extensively on the memoirs and testimonies of Bengali footballer Hafiz Uddin Ahmad, Manpura Island teenagers Mohammad Hai and Malik Mahmud, and a trio of Americans – Candy and Jon Rohde, who found themselves in Dhaka at an unexpected moment in history, and rose to the occasion with a relief operation that tried to make up for the Pakistan army’s reluctance to provide desperately needed aid; and storm specialist Neil Frank – who discovered that sufficiently alarming alerts about the cyclone, that might have saved innumerable lives, were deliberately not sent out.

The cyclone and concomitant flooding cost up to half a million lives. But there was even worse to come with Operation Searchlight and its atrocious aftermath. The genocidal Pakistani military operation and the Bengali resistance have been well documented over the decades, but some of the details in this book are nonetheless intriguing.

Also Read: Behind the Scenes of India’s Response to the East Pakistan Crisis of 1971

More broadly, though, the account is troubling because it is peppered with inaccuracies. The authors concede that their “narrative non-fiction” necessitates deviations from a strictly chronological approach. That is fair enough in instances where the chronology does not particularly matter. But sometimes it does. To cite just one example, Yahya calling Bhutto “a venomous toad” during a heated telephone conversation on election night carries rather different weight than the same appellation being used a few years later, as it was.

The angry phone call was purportedly prompted by Bhutto’s dismay at the number of seats won by his Pakistan People’s Party (PPP) – notwithstanding the received wisdom that in fact the PPP was pleasantly surprised by its performance in Punjab and Sindh. The contention that Bhutto’s party was expecting to pick up 50 seats in East Pakistan, where it had barely bothered to organise, does not seem preposterous only in retrospect – it would have been considered absurd in 1970 as well.

It is perhaps inevitable that the authors take liberties with the Yahya-Bhutto conversations they cite, but the direct quotes might have sounded slightly less implausible minus the presumption that the protagonists referred to each other by their surnames. Anyone reasonably acquainted with the subcontinent’s culture ought to have realised that it’s common courtesy to use honorifics if you’re not on first-name terms – as Yahya and Bhutto quite possibly were. 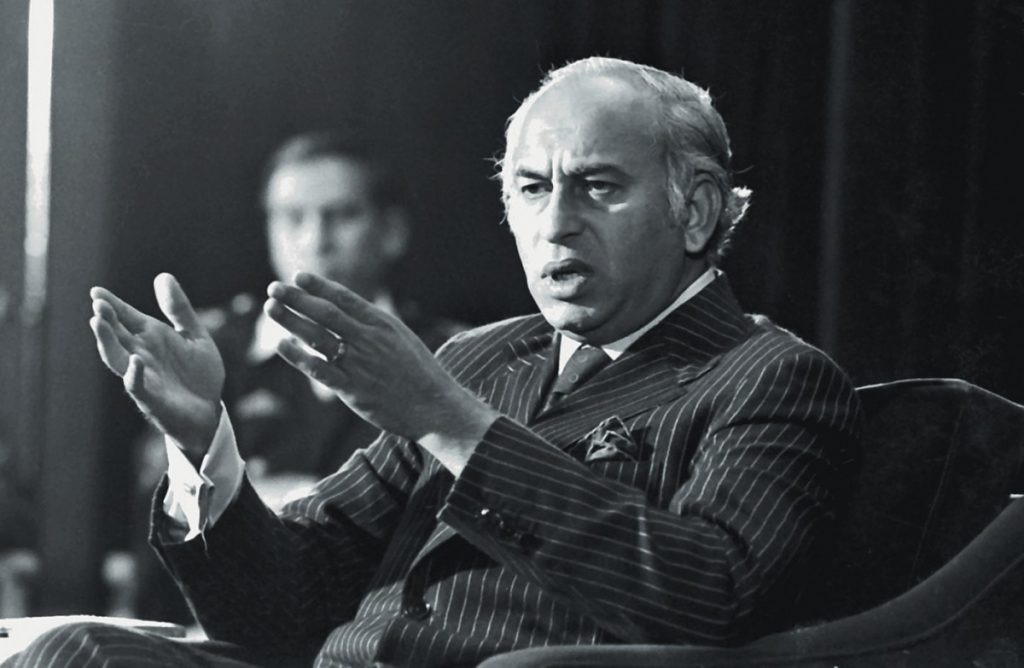 Slightly greater familiarity with the subcontinent might also have prevented the authors from referring repeatedly to Bhutto’s omnipresent “Sikh bodyguards”. The utter absurdity of that proposition requires no further comment.

Early on, we encounter Pakistan’s only clean-shaven military dictator reaching out for “Pakistan distilled Black Dog whiskey … a vile, turpentine-like swill” and are then told that “the booze splashed across his prodigious black mustache”. Pakistani-brewed liquor could indeed taste vile, but I doubt it ever included Black Dog.

Yahya’s penchant for debauchery and inebriation has been common knowledge since his days in power, and for details about his shenanigans the authors, according to their source notes, rely rather heavily on Dewan Berindranath’s Private Life of Yahya Khan (1974). I’m not familiar with the text, presumably based on second-hand accounts, and can’t comment on its veracity. One of the most intriguing vignettes in Vortex relies, however, on a former police officer’s memoirs.

It features the Shah of Iran, accompanied by “General Rani” – the notorious procuress-in-chief to Pakistan’s military and political elite – banging on Yahya’s bedroom door while the general is being fellated by his nation’s best known female singer. Stranger things have happened, and I’d love to accept it as at least fleetingly accurate, but somehow it doesn’t quite ring true. Surely, even in those crazy days, some kind of protocol must have been in place that would have kept the Shah away from his host’s private quarters.

Anyhow, much of the book relies on either published reminiscences or interviews with Rohdes, Hafiz and Hai, and one is inclined to accept them as largely true, while making allowances for the vagaries of memories half a century later. The general thrust of Vortex – from the killer storm to the unprecedented elections and their horrific aftermath – is broadly uncontestable. Greater attention to detail where its contentions are indirectly sourced would have added to its value.

To cite but just one more instance from among a plethora of dubious, and sometimes readily refutable, claims, a chat with Dr Kamal Hossain – still active in Bangladeshi politics, and presumably available for interviews – would have prevented the authors from claiming that Mujib was the only “enemy” captured alive during Operation Searchlight.

There are valuable reminders in the book – not least of Yahya’s key role as a personal emissary in facilitating the rapprochement between the US and China, as well as of the Nixon-Kissinger claque’s toxic antipathy towards Indira Gandhi in particular and Indians more generally. I was unfamiliar with the Soviet navy’s role in preventing the USS Enterprise and associated Seventh Fleet vessels from steaming into the Bay of Bengal with the intent of threatening India. That confrontation does not figure prominently in accounts of Cold War nuclear tensions, and deserves greater attention.

For all that, it would be a shame if Vortex were to be read as a strictly historical text, given the gratuitous liberties it takes with known facts. It’s nonetheless a highly readable contribution to the plethora of published accounts about the events of 1971 – and a useful jumping point for further exploration by those approaching that period with little or no foreknowledge.