Within Hours of Indira Gandhi's Assassination, Millions of Sikhs Had Become the Internal Enemy

Vikram Kapur's collection 1984 in Memory and Imagination comprises both personal essays and seven haunting fictional accounts of the anti-Sikh massacres. 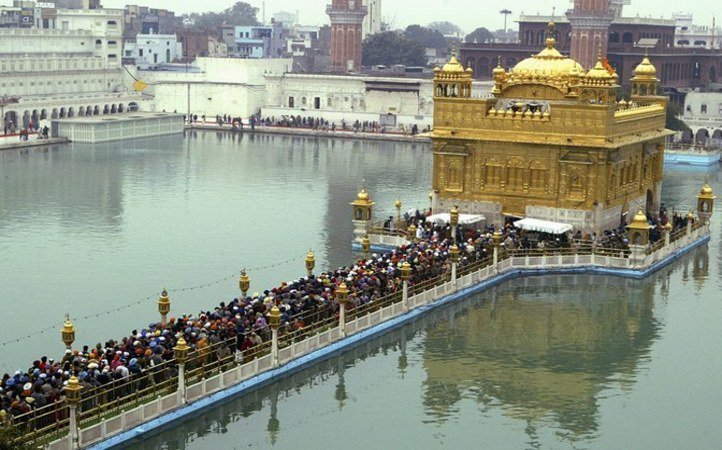 On September 11, 2001, Vikram Kapur, a successful academic and novelist, then living in Seattle, discovered, like almost any other brown-skinned man in the United States, that he was now automatically suspect. Kapur and his luggage were always searched at airports, strangers looked at him warily, and friends tried to conceal their new doubts about him. Badly shaken, Kapur’s (white) American girlfriend ended their relationship, and he withdrew into smouldering anger; an African-American friend said, ‘Now the cops ain’t gonna stop me. They gonna stop you.’

That was what millions of Sikhs found, when within hours of Indira Gandhi’s assassination on October 31, 1984, they became the internal enemy. The seven fictional accounts which comprise half this collection are chilling enough. 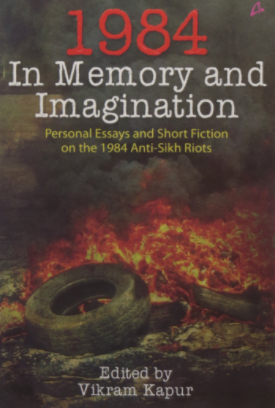 Jaspreet Singh’s college class get off a train at New Delhi station after a study trip with their professor – and a mob seize the professor as the cops watch; a Congress leader conducts the killers in murderous chants. Mridula Garg’s Satto, hiding a Sikh boy and facing up to a mob, is destroyed by what she discovers about the attackers. The horrors of Partition survived hang over Pratyaksha’s Phulo, and darken the day Phulo learns what happened to the neighbours she had thought were friends.

There is wider allegory; in Karma by Aditya Sharma, a family lose all they own but are somehow spared death. In Kapur’s Trilokpuri, set nearly 30 years later, Mohammad, who had escaped a lynching by stripping down to his circumcised penis, tells his host Abhay, not to take on a goon leader, now a Union minister – but another memory also resurfaces in Mohammad’s mind. N.S. Madhavan’s nuns save a Sikh boy’s life with a daring pretence, and Harish Narang’s sense of national poisoning spreads through his Among One’s Own.

If the fictional chapters are haunting, the non-fiction ones are damning. Kirpal Dhillon, appointed Punjab’s Director General of Police on July 3, 1984, goes into detail, concluding that Indira Gandhi transformed India into a monocracy in which major politicians subordinate themselves to party leaders and entire communities are demonised – as Dhillon himself discovered. Preeti Gill and her husband were stopped by a mob on a familiar Delhi flyover, and they survived only because Gill’s husband habitually shaved and cut his hair. Ajeet Cour, helping terrified victims who had taken shelter in school and college buildings, got the police to do something like their duty. She also argued with a politician who ordered that a room full of food and blankets be kept locked; the neta relented when she produced her Press card – but he added, ‘I’ll see to you later’.

Hartosh Singh Bal names journalists, papers, and politicians, and exposes several media lies. Indeed politicians, among them Kamal Nath, H.K.L. Bhagat and Jagdish Tytler, are named in various chapters. The former military officer Rana Chhina, noting that the army were belatedly told to restore order, says the country is yet to learn the lessons. Humra Quraishi asks why there is no collective cry for justice, and Rizio Yohannan Raj, in her poem on the designation of October 31 as National Unity Day, says, ‘we do not recognise ourselves at all’. Since this collection was published, Kapur has taken these themes yet further in his novel The Assassinations (Speaking Tiger Books, forthcoming, November 2017), but here he has shown us that this past must not be allowed to disappear into our silences.

Arvind Sivaramakrishnan is a Visiting Professor in the Department of Humanities and Social Sciences at IIT Madras.