This is not the first time that comics and illustrated books are being used to teach children lessons that may be politically motivated. 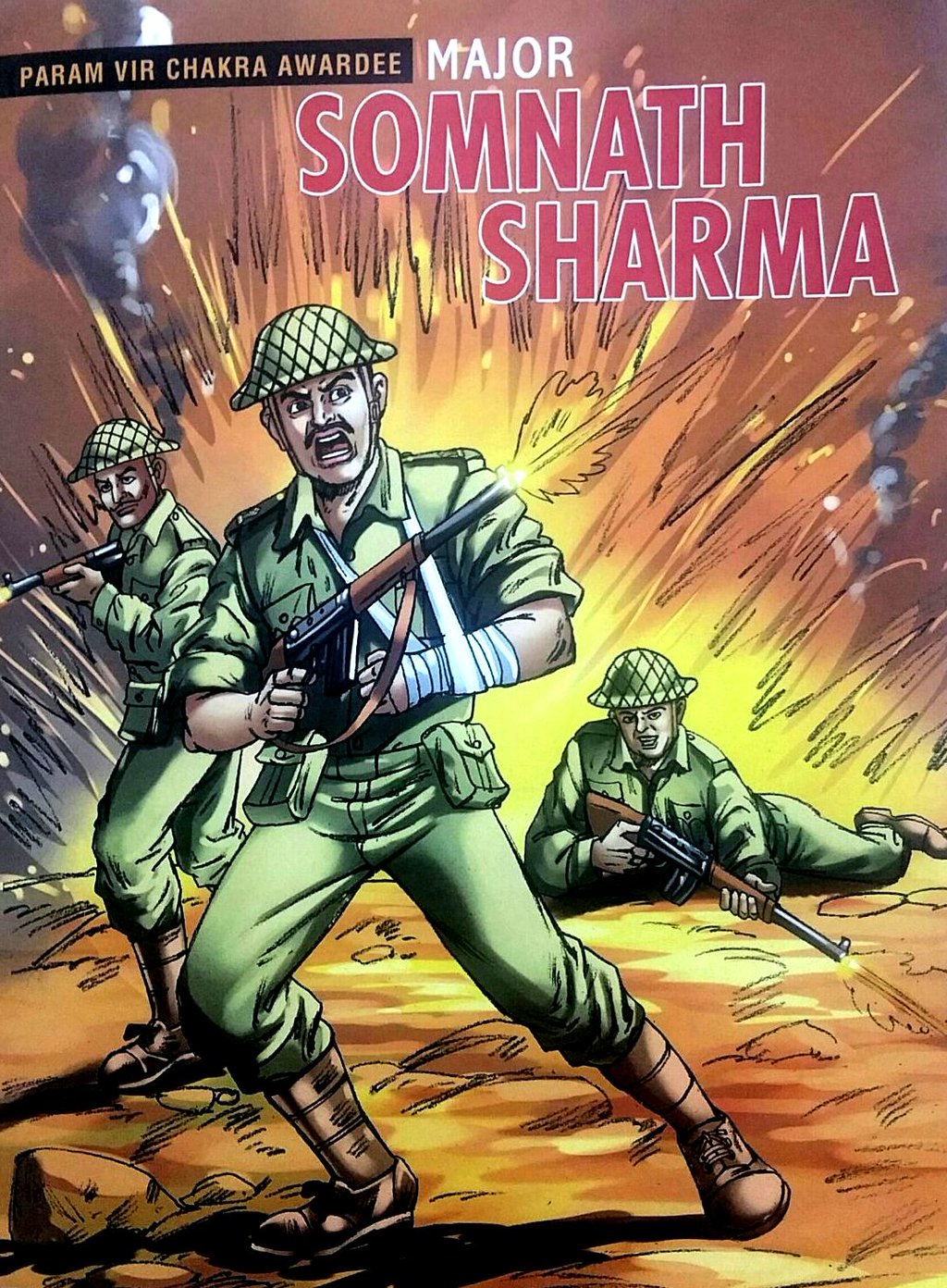 January 25 saw the release of Veer Gatha: Stories of Param Veer Chakra Awardees. This series of five illustrated books for children tells the tales of five soldiers who received the nation’s highest military award: Major Somnath Sharma, Major Shaitan Singh, CQMH Abdul Hamid, Second Lieutenant Arun Khetarpal and Captain Manoj Kumar Pandey. A collaboration between the Ministries of Human Resource Development and Defence, and published by the National Book Trust, these books are meant to “instil a sense of inspiration and patriotism in children at an early age”. Scripts for all five books have been written by India Today journalist Gaurav Sawant, remembered for a controversial tweeting episode during the 2014 Saharanpur riots. His tweets, some of which were deleted after the backlash and which many saw as communal, also started a public debate on the limits of journalistic freedom of expression. This move to celebrate lives that have been lost in the protection of Indian borders has been welcomed by many, but the publication of this series does raise a few questions.

The timing, for instance. When the decision to publish these books was first announced last year, some saw it as a band-aid fix for protesting army veterans demanding the implementation of the ‘One Rank One Pension’ scheme. The nationalist strain associated with Prime Minister Narendra Modi’s government, and supported by groups like the Rashtriya Swayamsevak Sangh, pushes the kind of hyper-masculine patriotism portrayed in some of the images – at least those adorning the cover. Featuring men firing large guns, what they highlight is not really the sacrifice or bravery that the stories are about but the violence and the persistence of the faceless external enemy. Of course stories of sacrifice from those protecting our borders should be highlighted. But coming from the National Book Trust and being aimed at young children (the HRD minister feels these should be included in school curricula), this series provides a unidimensional, male-centric approach to what it is to be a nation. It would be better for the kids to be provided with stories of a wider range of inspirational men and women from different fields who have contributed to the development of our society in different ways. This is not the first time that comics and illustrated books are being used to teach children lessons that may be politically motivated. Amar Chitra Katha has produced simplified, black-and-white retellings of various (mostly Hindu) mythological and historical events. While these may seem harmless when read as children’s literature, they portray mainstream and problematic representations of Indian culture – such as fair-skinned heroes and heroines and dark-skinned villains.

Yes, children should know about those displaying “the highest degree of valour in the presence of the enemy”, but it’s equally important for children to know about those fighting injustice and facing harsh realities within the country. Let’s hope the National Book Trust also takes those topics up.