Daisy Rockwell’s translation of Geetanjali Shree’s Ret Samadhi follows no linear narration yet captivates with its multitude of voices. 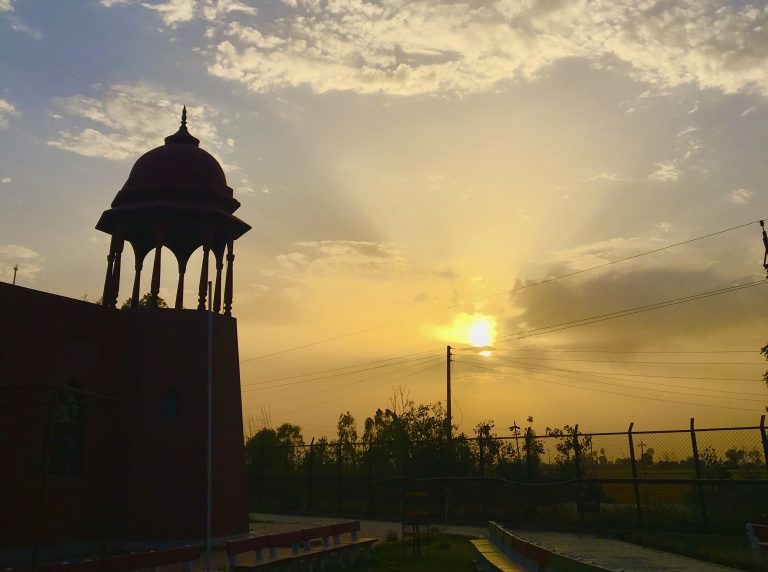 If one needed confirmation of not just the range, but the reflectivity of tradition in the contemporary Hindi novel, one need look no further than Geetanjali Shree’s Tomb of Sand (Penguin Random House, 2022, translated by Daisy Rockwell). Shree dedicates the book thus: For my guru, my inspiration, my dear Krishna Sobti.

Sobti passed away in 2019 at the age of 93. But many of her best parts live on in Shree’s novel, the latter being an ideal, precise student, inheriting Sobti’s many masteries of the diverse idioms of Hindi. The Hindi, Urdu and Punjabi canon is explicitly invoked in Tomb of Sand. This is especially true as the narrative reaches Wagah – the border is as much literarily oversaturated as literal.

The novel’s special debt, however, is to Sobti’s oeuvre. Sobti’s chief prowess, which Shree inherits, is the use of voice, especially as it stews and bubbles in the hothouse of the multi-generation Indian family saga. There always seem rather too many people and brittle egos to take care of. Older members remember being younger and under-appreciated, and spend decades sharpening knives. Meanwhile, the world around changes, and expectations quickly overturn – the aged seek to remember old wounds even as their webbed memory starts to seep and leak. 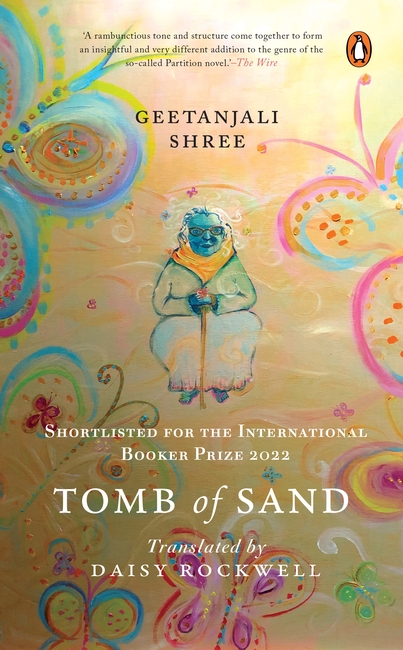 Shree’s work captures these swirls of voices and shifts of tone that the reader interprets at her own peril – there is no straightforward linearity of narration nor a careful delineation of family position, powers, events. Rather, there is just the flux of family as it tangles or ruptures or multiplies amorphously. For those who may feel disoriented at the lack of a clear plot in the novel, one requests patience.

Some margin for mystery and surrender should be given, for the novel amply repays re-readings, or perhaps a slow reading, ideally dispersed over several weeks, allowing the images to accumulate and brew in one’s psyche. Shree’s work is a more loose-limbed, free-floating, breezy sari-sprawl of a novel – at over 700 pages, it is already a bold statement in the era of the Twitter thread.

Here, the plot moves at its own pace through the subjectivities of different family members – especially the women. It takes its time before unspooling the key narrative thread of an 80-year-old woman (with her rebellious friendships) who decides abruptly to travel to Lahore to confront the still-ripening meaning of 1947. The narrative slows here, and many of the formal fireworks of the rest of the novel mute themselves so that the reader too may pause to absorb the still-unfolding horror of that archetypal moment of South Asian anarchy.

It is only through novels such as this that the bare administrative or historical understanding of Partition (and its aftermaths) may be beaded with the dynamics of parenthood and familial subjectivity. The ever-elongating shadow of that moment darkens up to the present. Even today the effect is felt of those unrelenting demands – displaced families feel the daily effects of love and loss. The darkness of memory equally stains bedrooms and kitchens, neighbourhoods or nooks of almost every Delhi park or slum.

Shree manages to capture all this, teeming life and history on the page – with both distance and intimacy, empathy and a (rightfully) cultivated alienation. Paradoxically, even the pervasive humour serves to magnify the meaning of the immensity that was Partition.

Also read: Book Excerpt: A Love That Both Fattens and Starves

It is heartening that the translation occurred within just a few years of the original Hindi work. The translator, Daisy Rockwell, serves us this slowly-unravelling book in an English bathed in many of the flavours of Hindi –its colloquialisms, and its cultural fluency (whether the subject is music, or cooking, or gardening, or embroidered saree silks, or Paul Zachariah stories). The novel, and the adept translator, can capture all, with equal verve.

The novel’s shortlisting by the International Booker Award committee gives one hope (alas too rarely fortified) of breaching familiar Euro-American literary, scholarly and market insularity. Such awards will do well to sustain this vision further afield, and to acknowledge the vibrancy of cultures in different habitations of the globe.

In times of divisiveness alongside varied identity axes in India, including languages, a novel like this reminds us that pride in a language should not be just because it is language, a transactional medium of communication. In itself the fact that a language is spoken by many may not be its most significant aspect. Rather, what should be a matter of pride is both the quality and achievement of the literary tradition which Shree’s novel helps assure and confirm.

There can be few issues more thought-inviting than the cluster of Shree’s themes named in the very title of this triumphant novel, Ret Samadhi in Hindi. Samadhi refers to meditation, memory, trance, tomb – of the last inflection of an ageing body-memory in its serpentine spiritual journeying. And ret (sand) evokes the landscapes of both the formation of that tomb, and the ephemera and scatter of the sand as it lapses into the earth’s body. Tomb of Sand captures this whirling beat of life as it equivocates between death and exuberance. Notwithstanding the ephemera the work so appealingly captures, the novel itself promises to endure.

Nikhil Govind is the author of three books on Indian literature and film: Between Love and Freedom (2014), Inlays of Subjectivity (2019) and Shadow Craft (with Gayathri Prabhu, 2021). He is the Head of the Manipal Centre for Humanities, Manipal Academy of Higher Education.