Sujit Saraf's Harilal & Sons sticks to a personalised account of the protagonists' life, but from it, we discern the larger Marwari experience. 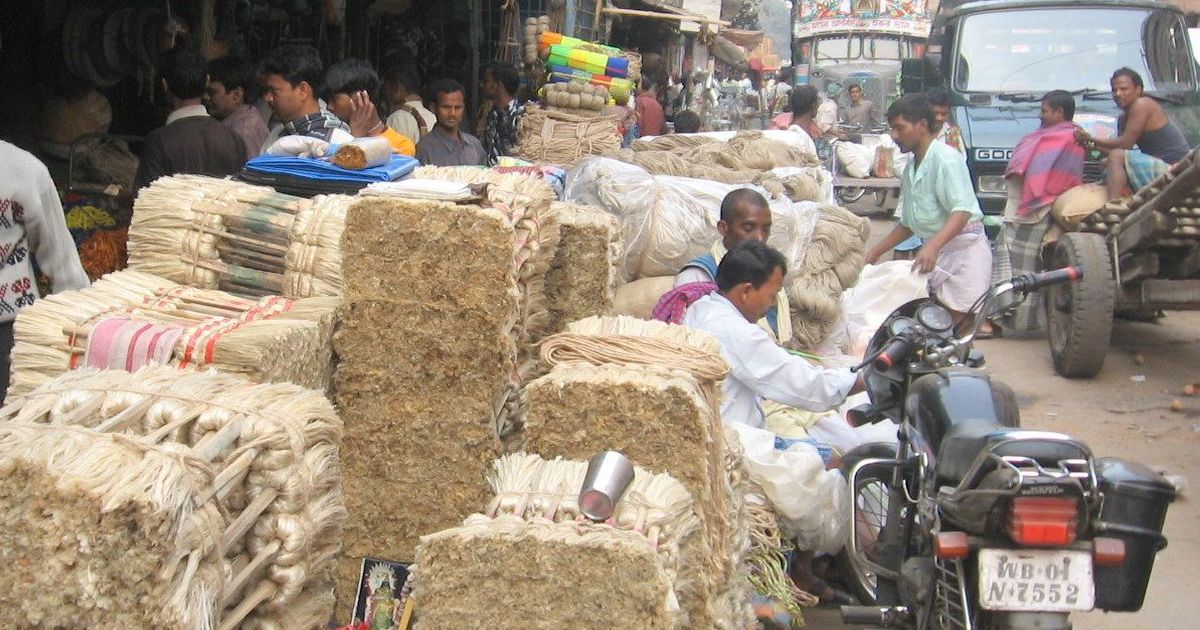 It is said that there are no Marwaris as such in Rajasthan; the migrant trading community – a conglomeration of Rajasthani Vaishyas – become Marwaris only when they leave. ‘Marwari’ is an umbrella term to classify both Hindus and Jains. The Marwaris originate from Eastern Rajasthan and the term was used as an ethnographic classification in the 1901 census. It described a trader from Rajputana and included primary groups like Agarwals, Maheswaris, Oswals, and Seraogis. It later included other Rajasthani trading castes like Khandelwals and Porwals. Most Marwaris do not come from the district of Marwar but the generic use of Marwar could be a reference to the older Marwar kingdom.

It was during the colonial period that the heterogeneous Marwaris came to form a community under the colonial state. Anne Hardgrove’s study, Community and Public Culture, credits their rise as a trading class as facilitated by the changing nature of the colonial economy, commercialisation of agriculture, changing land policies, and the payment of regular tax. The Marwaris as a caste group were able to build a credit and trading network across a large part of colonial India through marriage and kinship ties.

But the history of migration of this trading community from Rajasthan is dated back to the end of the 17th century and Marwaris served as bankers and financiers to the Mughals. The name of Jagat Seth, infamous for his role in the British victory over Siraj-ud-dawla at the Battle of Plassey in 1757, was actually a Mughal title which meant banker of the world.

‘Marwari’, the ethnic label is subjective and often used as a slur that defines the businessmen as the ‘outsider’, the ‘other’ who is swindling you, as they do not share community ties of language and local identity. Many Marwaris themselves consider the term a pejorative and instead, choose to identify themselves by their sub-caste. The criticisms of Marwaris and their economic activities are comparable to what minority trading groups historically have faced elsewhere in the world.

We all have our own experience of ‘knowing’ Marwaris. The essential/stereotypical features are their association with commerce, a network of relatives and cousins on all important trading routes to the metropolis, fluently speaking the local language as well as their native tongue, despite the ‘exile’ from home and regular visits to the home. The Marwaris do not integrate and are perceived to have maintained their distinctiveness and links to ‘home’ despite living in different parts of India for a long period. 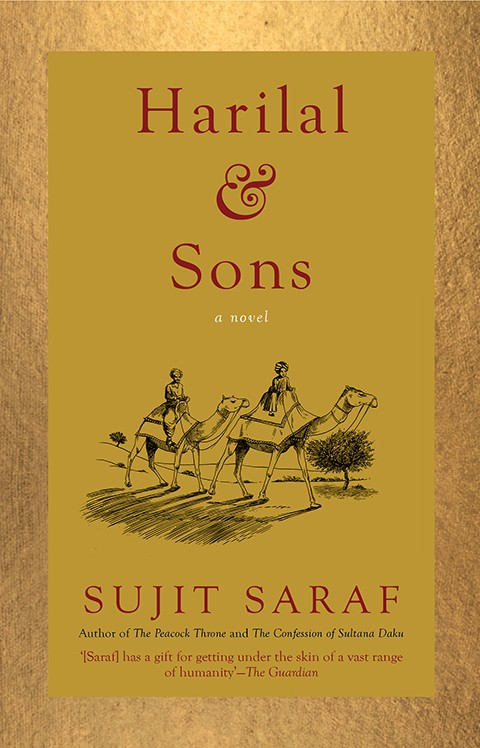 The book under review, Harilal & Sons by Sujit Saraf, is an exceptional tale of the epic journey Marwaris have made since they began migrating. Harilal, a twelve year old boy, leaves Shekhavati Rajasthan after the great famine in 1899, chhappaniya (1956 in the Vikram Samvat/Hindu calendar) as it came to be called. Harilal leaves for Calcutta or Kalkatta, as they refer to it, as an assistant to a family who hail from the same village and who have made their fortune in Kalkatta. The novel follows Harilal’s life as he learns the trade as an apprentice, first in BurraBazar in Kalkatta, then in the town of Bogra in today’s Bangladesh, and finally at the end of his life, Harilal finds himself back in his village Rampura, Rajasthan in independent India. Over a period of half a century, Harilal fathers nine children with two wives and his business, the eponymous Harilal & Sons, is successful enough for him to leave something for each of his sons to manage and build a haveli back in Rampura.

The motive for Harilal’s migration to Kalkatta is built around the chhappaniya, which resulted in a big wave of migration of the Marwaris to Calcutta. Alka Sarogi in her novel Kalikatha: Via Bypass, while referring to the famine of ‘fifty-six’ writes ‘…Burrabazar area of Calcutta is full of migrants of all ages…’.

Saraf also links the famine to the migration east as providing necessary push factors through the comparison of ‘…cruel Shekhavati, this land of scrub and sand and khejra leaves…We hear daily of this Bengal, a thousand miles to the east; we are told it is lush, rich and overrun with mango orchards;…Who in Shekhavati ever saw a Mango?’

The contrast between the barrenness of home and the richness of Bengal is very evocative and not only refers to both the fertile land and ample rains but also to the economic opportunity. In Sarogis’s book, the character recalls a Marwari proverb about Calcutta, ‘Rice like silver, pulses like gold, could heaven be better?’ The famine as the push factor for migration was accompanied by the pull factor, the success of earlier Marwaris who came east, among them the Birlas.

The novel spans about 72 years and in this period it witnesses the changes that are occurring in British India. Harilal & Sons sticks to a personalised account of the protagonist’s life, but we can discern the larger Marwari experience in the multiple migratory journeys undertaken to far flung corners of the colonial empire in pursuit of their livelihoods. One famous saying which is rather telling, is, Jahan na jaye railgari wahan jaye Marwari (the Marwari goes even where the rail cannot) associated with the Marwari presence in different parts of South Asia. If we can imagine the 19th century journeys of this trading community to Northeast India, Nepal, Burma and other places, the Marwari experience would make for compelling reading on all aspects of the host society. 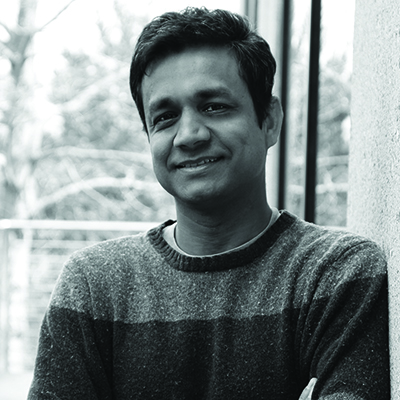 As businessmen, at the centre of the economy, and also as outsiders, they would have had an excellent vantage point to observe political and social developments and experience of various historical events in their respective locations. When Harilal is directed by his mentor to go to Bogra, in what was then East Bengal, to do business, is at first intimidated by the local society and over time learns to understand his new world. He is not unnerved when slurs are used against him or embarrassed about bargaining or generally keeping his head down in more volatile surroundings. This type of experience is part of collective consciousness of the Marwari experience and offers a fascinating ringside view of important events.

The book is astonishing in how it pries open the intimate Marwari world, such as their association with speculation and trading in futures, perhaps developed out of the helplessness of waiting for rain in Shekhavati. In his first few days in Kalkatta, Harilal discovers the betting around rain in Burrabazar and we are introduced to terms like khayivals, lagayivals and also introduced to the British commercial world which employed the Marwaris as banyans and as gomastas, the middlemen who underpinned it.

As the blurb describes it, Harilal & Sons is a capacious narrative, rich in its context of events and places that this review cannot possibly do justice to. We can also view Harilal & Sons as social history or a history from below, with its focus on the lived life of ordinary people and not grand theory or the history of empires and their policies.

Harilal & Sons is categorised by the publisher as fiction. However, at the end of the book, the author in a note writes about his grandfather Hiralal Saraf, whose life years mirror those of Harilal (the character). Saraf writes that he had to imagine, reconstruct and situate the story of his grandfather and family. One cannot but commend Saraf for the brilliant reconstruction, which is also a singular and disciplined narrative, of Harilal’s life. Harilal & Sons is a long book at over 500 pages, but it is a rewarding experience and suggestive of the power of literature to articulate the trials and tribulations of human life and to allow us, the readers, to empathise.