A statue of Annie Beasant on the seafront in Chennai. Photo: Andrew Whitehead

India was not simply the jewel in the crown of the British Empire. It was also the cockpit where the very concept of Empire was most keenly contested. In the first half of the last century, as India’s nationalist movement got into its stride, the struggle against the iniquity of Imperial rule galvanised tens of thousands of people in the west: liberals, radicals, communists, evangelicals and many others. They took India’s side. Most were British, championing a colonial freedom movement over motherland, but the cause resonated in the west well beyond Britain’s shores and indeed beyond the English-speaking world. 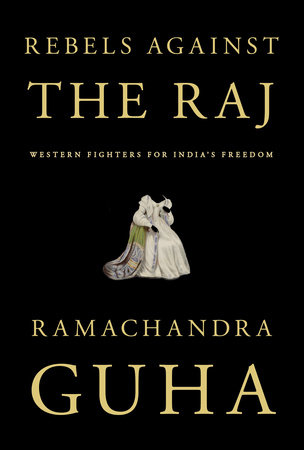 The motives of these men and women were varied – shaped sometimes by religion, or by ideology, but also born out of a deep sense of a shared humanity and a belief in equity and justice. India’s case was strengthened by its deep civilisational and spiritual heritage, the vigour of its nationalism and the huge moral authority of Mahatma Gandhi who, along with Nelson Mandela, is the most inspirational political figure of the 20th century, far surpassing the likes of Lenin, Mao and Winston Churchill.

Rebels Against the Raj recounts the story of seven of these ‘western fighters for India’s freedom’ – and Ramachandra Guha sets the bar high to be worthy of inclusion. The seven not only supported India’s cause; they embraced India and made it their home – indeed, all but one died on Indian soil. More than that, all were either jailed, deported, interned or externed by the British Raj because of their support for India’s claim to nationhood.

Guha is a superlative historian and a commanding public intellectual. In retrieving these personal stories, he has gained access to papers in family chests and some of the less well-trodden of libraries, as well as turning to those two beacons of scholarship, the British Library in London and the Nehru Memorial Museum and Library in Delhi.

He wants to tell the story of people who went against the grain, moved away from family and friends, and embraced an alien country and culture because they believed it was right. In an age when self-interest and the easy option is all too prevalent in public life, it brings to mind a time when ideals and values held sway, at least for some. And it’s a reminder that while India’s freedom was of course secured mainly by Indians, they had valuable allies to aid them on their way.

Of Guha’s chosen seven, four are men and three women; four are British, two are American and one is of Irish descent; four are obvious candidates for inclusion, while for three, the case is less clear-cut.

Annie Besant is a complex figure who was already in her mid-forties when she first set foot on Indian soil in 1893. From a disastrous marriage to a bigoted rural clergyman, she turned to atheism, radicalism, women’s rights, trade unionism and – most scandalous of all at the time – the public advocacy of contraception. Then a new turn in her life brought her to Theosophy and to India, where she embraced the nationalist movement, established educational institutions, and generally got things done with an energy and sense of purpose which are almost frightening. As with so many headstrong public figures, she made both friends and enemies – but the sincerity of her commitment to India was unquestioned. She was, among many landmark achievements, the first woman to become president of the Indian National Congress and a founder of the Banares Hindu University. Not bad for a foreigner!

Madeleine Slade, who took the name Mirabehn, was the English daughter of a naval officer – again, both impetuous and determined – who became one of Gandhi’s closest aides. She was at the heart of the Gandhian endeavour, devoted both to the man and the movement and almost as ascetic in lifestyle as her mentor. In her late 60s, ill-health prompted Mira to head back to Europe, but her heart remained with India – and almost her last benevolent act was helping to pave the way for Richard Attenborough’s movie Gandhi (she was played in the film by Geraldine James), which brought his message to a new global audience. B.G. Horniman, after whom Mumbai’s Horniman Circle is named, was the best-regarded newspaper editor of his era who developed the Bombay Chronicle as one of nationalism’s most effective platforms. He was to journalism, says Guha, ‘what Annie Besant was to public affairs: a free-born white person who had made it his mission to see that Indians were given the same rights of liberty and freedom that Englishmen took for granted’. The Raj was so fearful of him that he was expelled from India and not allowed to return for seven painful years. Philip Spratt, a Cambridge-educated Communist, came to India to help build the Party and foment revolution. He was the principal defendant in the notorious Meerut conspiracy case in the early 1930s when the Imperial authorities tried to smash India’s incipient Communist movement and the militant labour unions they led. Later, he became a supporter of M.N. Roy and later still an obsessive Cold War anti-communist who sought to draw parallels between the totalitarianism of left and right. ‘Spratt’s analysis of how even right-wing parties are Leninists in inspiration’, Guha comments waspishly, ‘speaks directly to how the Bharatiya Janata Party has exercised power in India today.’ 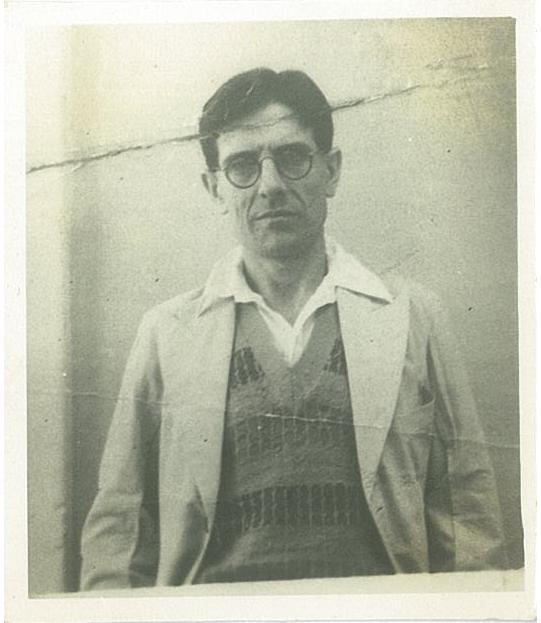 The other three ‘rebels’ we have to take on trust from the author. Samuel (later Satyanand) Stokes and Dick Keithahn were both Americans; Catherine Heilemann, who took the name Sarala Devi, was British. All three were active in establishing ashrams and educational institutions and exploring Indian spirituality, as well as challenging forced labour and untouchability and working towards environmental sustainability.

At the centre of this seven-sided web is Gandhi – as you might expect of a historian who has written so magisterially of India’s founding father. To Annie Besant, Gandhi was a rival as much as a colleague, though his more militant mass-based style of politics quickly superseded the constitutionalism of Besant’s Home Rulers. For others of the seven, he was a guide and a guru, and a friend too. Even Spratt, who as a Communist was no admirer of non-violent resistance, was touched when Gandhi visited the Meerut prisoners, and decades later wrote a generally admiring book about him.

Rather than seven successive potted political biographies, Guha has opted for a more chronological approach. Each chapter focuses on one of his chosen bands, but their stories are sliced and diced. It does feel at times as if you are heading repeatedly down the same track.

A more substantial reservation is Guha’s insistence on describing these rebels – an honourable term – as ‘renegades’. That’s a pejorative word that implies betrayal. The women and men Guha so clearly admires did not betray their nation of birth. On the contrary, they believed that Empire and the grotesque racial inequalities on which it was founded was a betrayal of the values to which the western democracies were nominally committed. This is a powerful and important work of history, an absorbing account of exceptional people. ‘These individuals came to India at different points of time from widely different backgrounds and with widely varying motivations’, Guha writes as a closing peroration.

‘What unites them was, first, the courage and fearlessness they displayed in their personal lives; second, the depth and duration of their commitment to their new homeland; and third, the contemporaneity, indeed, timelessness, of what they lived and struggled for. So many years after the last of these rebels passed on, what they did and what they said still speaks to Indians today.

If only we could listen.’

Thanks to Guha’s scholarship, we can all now listen and learn.

Andrew Whitehead is an honorary professor at the University of Nottingham in the UK and a former BBC India correspondent.