There's No Hope Among the Proles

If we are to find our way out of the dystopia we inhabit, we must look to other imaginings. Orwell's 1984 and Huxley's Brave New World have drawn for us only a canvas of despair. 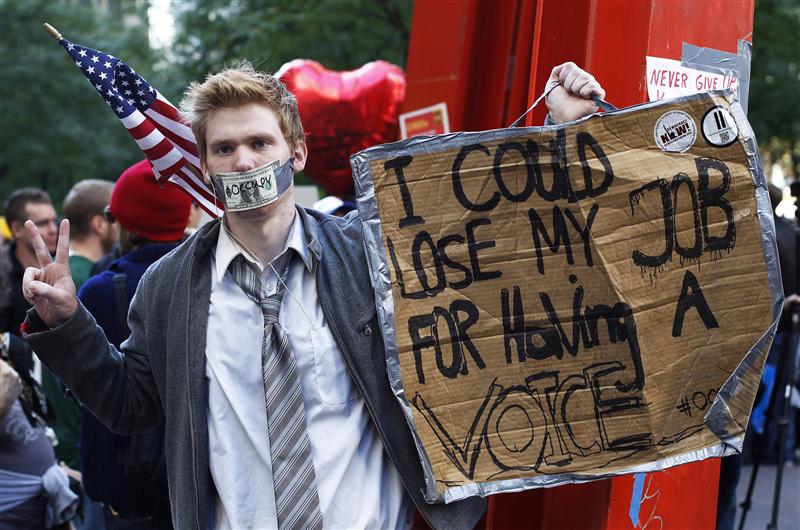 Given that Eric Blair – who wrote under the nom de plume of George Orwell – was born in Motihari in present day Bihar, many of us try and claim him for India. Certainly his bitter insights into the complexities of poverty and state control seem to have an earthy, almost anti-intellectual, directness that allows a connection to everyday life and experiences that other, more sophisticated critiques often lack. On a work trip to Bangkok, I was pleasantly surprised to see both his acclaimed books, Animal Farm and 1984, on the top ten lists being sold at the Kinokuniya bookshop in one of the larger shopping malls. Since Thailand is not considered a country where critical political discussions are encouraged, this was all the more intriguing.

His insights are often set in contrast to that of Aldous Huxley, who, in his Brave New World, written almost two decades before 1984, had imagined a future dystopia in which the public was controlled through distraction, drugs and sex. This comparison and contrast was highlighted by Huxley himself who, upon receiving and reading a copy of 1984 predicted his prognosis – he wrote a letter to Orwell saying:

“Within the next generation, I believe that the world’s rulers will discover that infant conditioning and narco-hypnosis are more efficient, as instruments of government, than clubs and prisons, and that the lust for power can be just as completely satisfied by suggesting people into loving their servitude as by flogging and kicking them into obedience. In other words, I feel that the nightmare of Nineteen Eighty-Four is destined to modulate into the nightmare of a world having more resemblance to that which I imagined in Brave New World.”

In today’s world, with its constant surveillance (both legal and illicit), its ongoing global war on terror that seems to have no end and is used to justify every crime and brutality we can think of, as well as its distractions of a highly sexualised and commodified form of life being considered a success, it seems a little hard to tell which form of hell we inhabit – Huxley’s or Orwell’s. The answer, of course, is neither’s. The world is more complex than the imaginings of even the most farsighted, but it is also a false comparison because Orwell’s 1984 incorporates some of the insights in Brave New World.

While the main conflict within 1984 is between the two main conspirators – Winston Smith and Julia – versus the Party, Orwell does mention the rest of society and how it is controlled. It is not just fear and lies, but also two specific things – pornography and alcohol – as well as the promise of lottery winnings and entertainment that are meted out. To suggest that the world of 1984 is merely of “clubs and prisons”, as Huxley put it, is to miss the point. Orwell understood very well the power of distraction and physical distraction, and one of the most powerful quotes from the book lays it out bare, “The choice for mankind lies between freedom and happiness and for the great bulk of mankind, happiness is better.”

Maybe even more effective is the long passage in the midst of the description of the room that Winston rents for the purposes of his rebellion.

It was only an ‘opeless fancy.

But a look an’ a word an’ the dreams they stirred!

They ‘ave stolen my ‘eart awye!

The tune had been haunting London for weeks past. It was one of countless similar songs published for the benefit of the proles by a sub-section of the Music Department. The words of these songs were composed without any human intervention whatever on an instrument known as a versificator. But the woman sang so tunefully as to turn the dreadful rubbish into an almost pleasant sound. 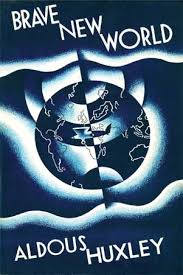 While Orwell did not imagine a role for the private sector, this seems to be an almost perfect description of the current day reality of the entertainment industry, with its interchangeable boy bands and girl bands and their programmed lyrics. The happiness offered – and often adapted and self-created – by the state in this manner was what kept the proles – the common people – in check. The “clubs and prisons” was for the rest, for whom happiness was not enough.

Maybe more importantly, in his earlier book, Animal Farm, Orwell had already shown that the proles, the vast majority of the working class, would reject information that forced them to confront the grim reality of the world. As Boxer, the loyal hardworking horse, is being carted off to his death, his friend, the cynical donkey Benjamin, tries to warn Boxer and the others of what is happening. While it may be understandable that the others animals are not convinced, Boxer too goes to his death unwilling to contemplate freedom, and happy with false stories – quite reminiscent of the fake news story epidemic that we currently live through, where climate change caused by human actions is an almost completely unanimous position of established science, and yet the president of the United States and his supporters can continue to deny that action needs to be taken as floods and cyclones batter the country.

Sadly, none of these books, Brave New World, 1984 or Animal Farm, prescribe any successful way of escaping the dystopian nightmares that they imagined. In 1984, the main character, Winston, thinks to himself, “If there was hope, it must lie in the proles, because only there in those swarming disregarded masses, 85 per cent of the population of Oceania, could use the force to destroy the Party ever be generated.” But in the same passage, through thinking it through, he realises that there is no reason to believe the proles will challenge the status quo. “They were beneath suspicion. As the Party slogan put it, ‘Proles and animals are free’.” And they are free for the precise reasons that Huxley had drawn out in Brave New World – distracted, lustful, and happy.

If we are to find our way out of the dystopia we currently inhabit – a mixture of Orwell and Huxley’s nightmares, with delights and fears that neither imagined – we must look to other imaginings. These two have drawn for us only a canvas of despair.