A Universal Story of Power and How it Leaves People Adrift

In Kossi Efoui’s The Shadow of Things to Come the work of forgetting has to be completed. 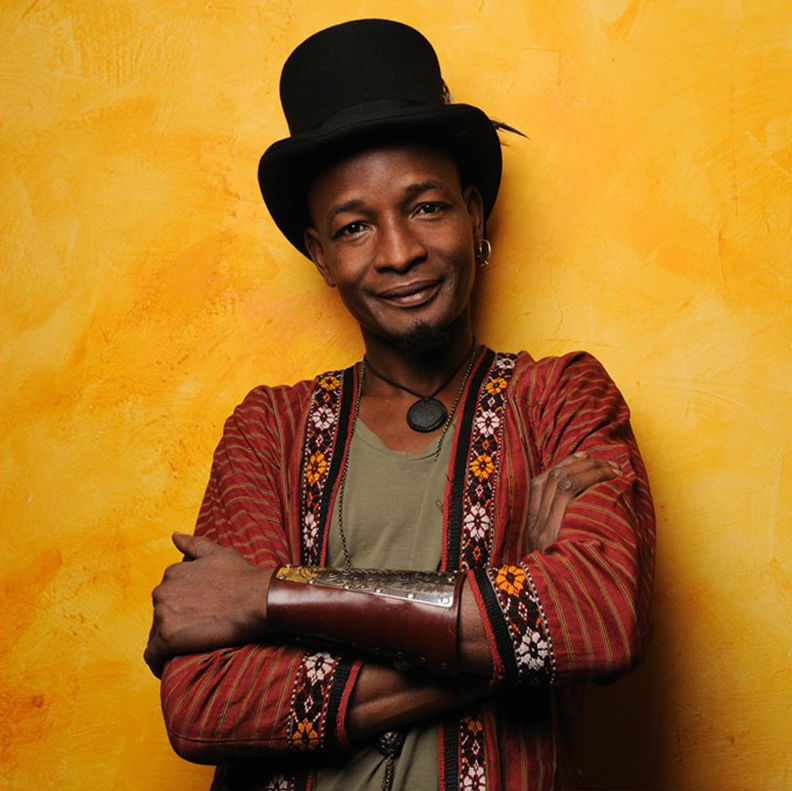 They asked him to be quiet and he continued to speak, or, rather, to read. By a decision of the Council he was sent to one of those establishments that specialize in rehabilitating the weakest. Vagrancy, spreading rumours of war in peacetime and aesthetic sabotage of urban spaces – these were sufficient to put him into that category.

There is a point in Kossi Efoui’s The Shadow of Things to Come when the nameless narrator’s ‘laughing-master’, the irascible bookseller Axis Kemal, comforts him by saying that “they aren’t always going to put words on things the way padlocks are put on doors.” For the narrator, desperate to escape from conscription in his post-colonial nation’s newest border war, euphemistically titled ‘The Frontier Challenge’, the struggle is as much against the regime as it is against a prison-house of oppressive meanings, padlocked by words. Kemal’s own foray into reading dictionaries, “without any particular aim in mind, except to lose himself in the jungle of meanings” seems more than simply a metaphor of the fight against the cloying suffocation of an official standard, a state-imposed set of words and phrases, backed up by raw power and whose unitary reality leaves little scope for linguistic or political dissent.

The Shadow of Things to Come is a novel of post-colonial Africa, ostensibly part of a tradition of novels that have, in recent years, included Ahmadou Kourouma’s Waiting for the Wild Beasts to Vote and Ngũgĩ wa Thiong’o’s The Wizard of the Crow. These novels tackle a phenomenon that Chinua Achebe describes with particular vividness in his memoir, There Was A Country. Writing about the colonial British government’s rigging of the first Nigerian election to produce a pliant ‘independent’ ruling class, Achebe wrote that, “in a sense, Nigerian independence came with a British governor general in command, and, one might say, popular faith in genuine democracy was compromised from birth.” This original compromise, dropped into the lethal cocktail of Cold War rivalries, would ultimately culminate in the brutal dictatorships that sprung up across the continent in the decades after the first wave of decolonisation. Kossi Efoui
The Shadow of Things to Come
Seagull Books, 2013

Kourouma (1998) and Thiong’o’s (2006) savage satires spare neither European colonialism and nor the local regimes that succeeded it (which were often propped up by “the West”). Their ‘fictional’ African countries are thinly disguised, their characters readily recognisable, their magic-realist gloss on history instantly familiar. Both Waiting for the Wild Beasts to Vote and The Wizard of the Crow have a thick sense of place and are lushly coloured with contexts, happenings, events, and intrigues.

From this perspective, Efoui (2011) represents both continuity and a break with that tradition. The Shadow of Things to Come constructs a pared-back world, austere as a laboratory skeleton with all the flesh peeled away, consciously disavowing signposts to the familiar, and allowing the reader a foothold only upon its precariously fragile, internal pathways. It is almost as if Efoui has decided that the riotous worlds of his predecessors are a distraction from the ‘real thing’: power’s abuse of language and meaning to imprison its subjects in a world that leaves them “only with the capacity to drift”.

The story is simple, almost simple enough to be (perhaps intentionally) universal. An armed liberation struggle has finally overthrown a colonial regime subsisting on brutal penal colonies that reduced their victims to either statistics of the disappeared or empty shells of themselves. Now in government, the discovery of something that is only ever described as “the commodity” finds the erstwhile liberation movement militarily pitted against the indigenous residents of the forests under which “the commodity” is located. The narrator, who lost his parents to the penal colony of the colonial regime, has no intention of losing himself to the war-that-cannot-be-called-a-war, even if that means permanent exile. Salvation appears in the form of the “crocodile men”, who live beyond the borderlands and are known for rescuing the cast-outs of the nation. Smuggled slowly towards the border, in the last safe house, as the narrator waits to be saved – or condemned – he tells the story of the nation.

In his famous essay, Politics and the English Language, George Orwell observed that:

In our time, political speech and writing are largely the defence of the indefensible… political language has to consist largely of euphemism, question-begging and sheer cloudy vagueness. Defenceless villages are bombarded from the air, the inhabitants driven out into the countryside, the cattle machine-gunned, the huts set on fire with incendiary bullets: this is called pacification. Millions of peasants are robbed of their farms and sent trudging along the roads with no more than they can carry: this is called transfer of population or rectification of frontiers. People are imprisoned for years without trial, or shot in the back of the neck or sent to die of scurvy in Arctic lumber camps: this is called elimination of unreliable elements. Such phraseology is needed if one wants to name things without calling up mental pictures of them.

The world of The Shadow of Things to Come has perfected that Orwellian language, perhaps even better than the world of 1984. The colonial period is known only as “the Time of Annexation”, its forces “the Armies of Occupation”; this is the time of “peace”, not of “war”, and the military operation is called “the Frontier Challenge”; the coercive arm of government charged with ensuring conformity is called “the Behavioural Council”, whose sessions are theoretically “voluntary”, and focus on “rehabilitating” those accused of “vagrancy” or “aesthetic sabotage”.

Language eliminates context, liquidates history, and destroys even the possibility of imagining opposition. All of that is brought to a head in one of the most powerful passages of the book, which could – again – be talking of anything, anywhere, at any time in the late-20th or early-21st centuries:

But all the same, the war belongs to the Time of Annexation, and the war is over because the Annexation has come to an end. Didn’t the heroes of the Liberation parade in the streets? Haven’t the armies of Occupation left, taking the reviled word “war” with them? Isn’t it incongruous to speak of war for an operation that bears the name Frontier Challenge, the aim of which is to contain populations that are not rebellious but restive; populations who, through an atavistic, emotional attachment to the forest, are resistant to the advance of mineral prospecting, a source of communal good fortune to which they are visibly opposed? Just as they are opposed to communal honours and the beneficial spin-offs from the “commodity”, since they are ready to obstruct the work of modernisation that is underway, the penetration of the forest by the modern spirit and the engines of science. But honestly, isn’t it the case that they obstruct these things out of an emotional, atavistic, infantile attachment to the spirits of the forest; isn’t it disgraceful to kill our defenceless engineers for an emotive cause? Honestly.

The regime’s obsession with words is not simply about the chaining language in unitary meaning, but also about petrifying meaning itself by public acts of memorialising and naming. In his essay, The Other Mexico, Octavio Paz wrote that “every dictatorship, whether of man or of party, leads to the two forms that schizophrenia loves most: the monologue and the mausoleum. Moscow and Mexico City are full of gagged people and monuments to the Revolution.” The monologue that is the imposed language of “the Frontier Challenge” and “the Behavioural Council” is matched by the mausoleum that is suggested by the roads of the capital city, named the Avenue of the Martyrs of the Liberation and the Avenue of the Martyrs of the Modern Spirit, the one to mark the dead of the anti-colonial struggle, and the other the dead of the struggle over “the Commodity”.

The bleak, almost nightmarish world conjured up in The Shadow of Things to Come, where everything but words have “so little existence”, is a disturbingly familiar one.

In our time it came again

In pain and acrid smell

Of powder. And furious wreckers

Emboldened by half a millennium

On new oil dividends, are now

At its black throat squeezing

Blood and lymph down to

Its hands and feet

What Achebe’s poem about Biafra accomplishes with a welter of almost physical sensations, Effoui’s The Shadow of Things To Come manages with a minimalist austerity which, in its own way, in an equally effective retelling of the same story.