The Perils of Militant Hindutva – Up Close and Personal

Kunal Basu’s 'In An Ideal World' tells the story of a liberal-minded family that finds an ugly truth in its own home. 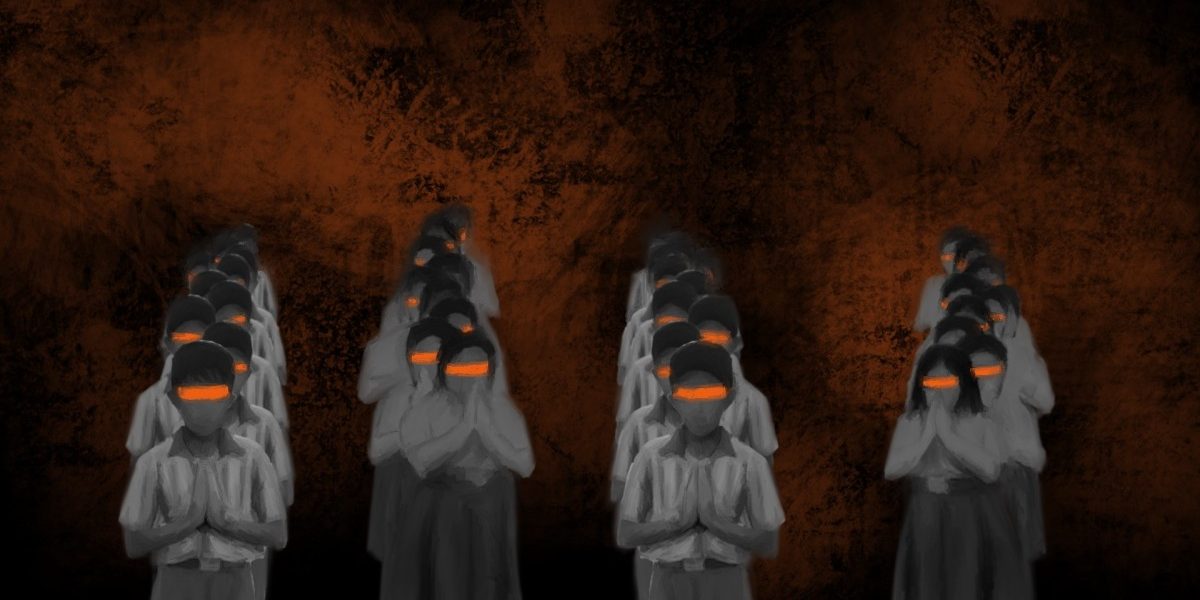 Somebody must have made a false accusation against Vivek – that is what his father, Kolkata-based bank manager Joy Sengupta thinks when he is told that a Muslim student from his son’s university has been missing from the campus for months, and Vivek, a nationalist students’ leader, is suspected of playing a role in the disappearance, or may be murder. 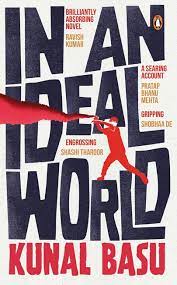 Kunal Basu’s In an Ideal World then takes the reader on a perilous journey with the Senguptas as they undertake to know the truth about their son, truth that will tear their lives asunder.

Joy and his wife Rohini, who have unshakable faith in their progressive-mindedness and liberal view of life, and who pride themselves on not mingling with Muslim-haters, then encounter “the lion (that) wasn’t dead, only sleeping”, and “is now rousing himself up again”: Hindutva-ideologue M S Golwalkar’s words that the author uses as an epigraph to his novel.

In an Ideal World is a novel of and for our times.

It operates at two levels: the personal and the political. At one level, it is the deeply personal story of a family, at another, it is about our times, when the humane bonds that tie us together have severed at many places.

The personal story is of a parents’ quest, but it could be anybody’s; the political derives its material from the stuff we read in newspapers everyday: the rise of Hindu fanaticism, clashes on university campuses between liberal and nationalist student groups, religious processions turning into macabre show of majoritarian rowdyism, portrayal of Muslims as ‘jihadis’, harassment of intellectuals who voice dissent, clashes turning into riots et cetera.

The novel looks at all this through the eyes of the parents, who see their son slipping away, brainwashed into believing that his nation “is under threat and must be saved before it’s too late.”

And that is where the personal and the political converge.

A devastated father listens as his son pledges to give his life for the cause of a Hindu Rashtra, and for getting his motherland rid of ‘traitors’, who, “hate our mother, curse her, break her temples.” They are to be terminated; so are those “who are Hindus only in name, but secretly worshipers of Satan.”

The quest pattern is one of the oldest and surest ways of telling a story. What really happened to Altaf Hussein? Was he harmed? Did Vivek and his compatriots play a role? Was there a cover up? Joy and Rohini won’t stop before they find answers to these questions. That is their quest.

What makes the quest one hell of a journey is the fact that the challenges and obstacles on their path come from their son. Basu’s prose successfully captures this inner conflict:

“He (Joy) wished to give him (Vivek) a hug, but the hazy photo of a boy (Altaf) on a mobile screen, face half covered in black cloth, stood between them. He had the same pair of intense eyes as (Vivek’s)…”

The amount of hate the young student has in his heart deeply unsettles Joy and Rohini as parents. More than reflect a clash of ideals or communalism, In an Ideal World is the story of a set of parents trying to win back their maniac son and at once failing to recognise him as the boy they raised. His words, they feel, can’t be his own; his glances scare them; his ideas shock them; and eventually his actions destroy them.

Most of the events take place in an imagined north Indian university town called Manhar, which is an everywhere. Basu’s writing registers the ethos the small town life accurately – the wrestling arena, the mosque, the riverfront, the old lighthouse.

The cocooned life of the Mishras who wish to get their daughter married to Vivek forms one of the subplots of the novel. The levity of it wonderfully counters the tension of the main plot, and gives the reader some much-needed relief from the absorbing pace of the events. In their garrulousness and inanities, the couple may remind the reader of the Bennetts in Pride and Prejudice.

Palpitating under all this, Manhar is a tinderbox waiting for a spark. In a nuanced way, Basu shows how Islamophobia is ingrained in our lives. Feelings of animosity towards Muslims are rampant in the town in an ‘aimless, petty kind of way’ as George Orwell would have said. An auto-rickshaw driver tells Joy that the other side of the city is dangerous because it has mosques and slums, and “the mosques are full of criminals”. Joy’s artless co-passenger in the train, a lady fully engrossed in looking after her infant, tells him nonchalantly that she is wary of passengers who carry ‘dirty food’ i.e. beef.

The strength of the book lies in the storytelling. As good fiction writing should, In an Ideal World tells a gripping story first, and only at a secondary level does the personal meet the political. From Lake Avenue to Park Street, from the Mishras’ purist home to the university campus, from the slaughterhouse to Altaf’s village on the margin of the town – the narrative moves so fast that at times it leaves the reader gasping for breath.

There are episodes – for example the deeply poignant meeting between the two mothers, Rohini and Ruksana; or Vivek’s sudden appearance at his parents’ hotel room close to midnight after being incommunicado for days – where, one feels, the high-octane drama could have a better effect if it was sustained a bit longer. As they stand, they might seem a bit too constricted.

Basu uses a third-person narration that maintains an objective distance throughout. It is so radically unintrusive that at times, the narrator gives up the privilege of access to the inner motives of the protagonists, and lets the action flow. Basu never comments, but only narrates in a language that is urbane, crisp and conversational.

Communalism was one of the minor themes in his second novel Kalkatta and takes centre stage in his latest. Because if we see the world as ordered and coherent, we will make/respond to art that is ordered and coherent. But if the society is broken into fragments, we will create art and literature that imitate that disorder. That is exactly what Basu does, albeit that task is fraught with all kinds of risks in the present political climate.

In an Ideal World shows us the perils of a society which thrives on bigotry and hatred, and how an individual walks straight into the traps laid out by them. In these times of open genocide calls and unabashed communalism, both writing and reading this novel are essential acts of resistance.