Review: 'The Muslim Vanishes' Is a Universal Plea for Empathy in Times of Apathy

The play signifies that history is a legacy to be held on to and not something that you selectively choose to remember. 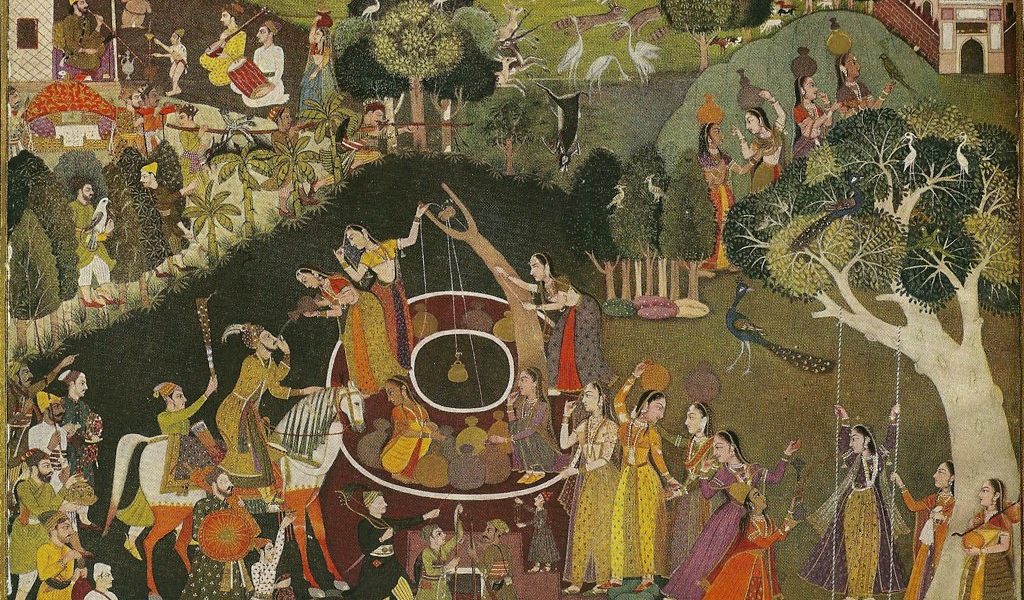 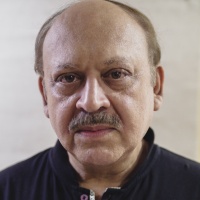 It’s just another ‘normal’ day in the life of a country. Or so it would seem from the frenetic buzz in the studio of a TV news channel, as anchors and journalists vociferously sift through various feeds to decide the best spin on the day’s story. Except that this one promises to shatter all previous records and  knock viewership ratings out of the park. You see, all of a sudden, the Muslims of India have gone missing, and with them, the iconic representations of their cultural history, cuisine and architecture.

This is the preamble of Saeed Naqvi’s fanciful tragicomedy, The Muslim Vanishes, the Hitchcockian allusion in the title more than justifying itself. Conspiracy theories abound but soon it doesn’t matter how ‘the vanishing’ happened. The point is that those who departed took normal life with them, and the question is how to cope in the aftermath. And although the incident is of holocaustic proportions, the wry humour that laces the scene mitigates the grimness. 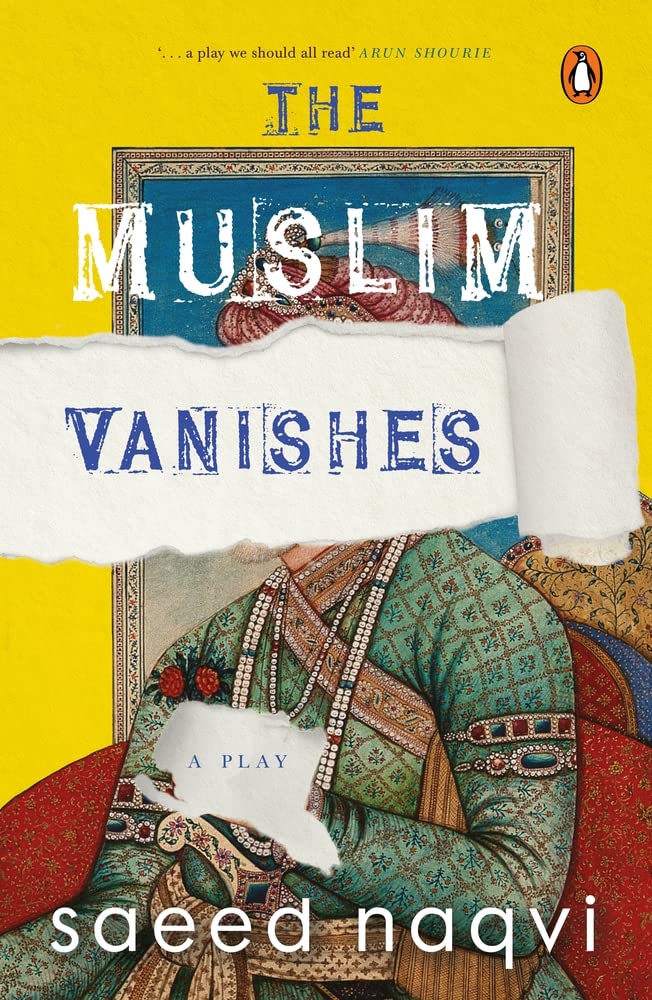 The opening scene sets up another conundrum nicely. While some quarters of the Hindu population are evidently relieved and delighted at a dream fulfilled, the celebration seems to lose its fizz and give way to the looming prospects of another kind of divide. As one of the anchors remarks, “200 million have left behind their homes, farms, land, businesses, cow sheds, buffalo sheds… All of this wealth will be the dividend… that we must divide among ourselves. It remains to be seen who gets what.” This gives rise to apprehensions that the ‘lower castes’, being entitled to certain benefits, may well begin to set their eyes upon the ‘Muslim wealth’ left behind. Well, there’s always room for xenophobia, isn’t there?

And then, even as the sardonic wit of the text continues to hold its own, we are led into the arena of uncomfortable truths, where politicians, their kith and kin, and sundry stakeholders defend their respective points of view on topics and tropes that have become part of present day discourse, particularly the elections – the totem pole of democracy around which every issue coils like a python (there is a predictable reaction from the affected parties to postpone the elections, because thanks to the void left by the Muslims, the electoral balance has got skewed).

Eventually, in the effort to redefine the emerging identities of Hindus and Muslims, the dividing lines get blurred and the notion of  a ‘Mohammadiya Hindu’ emerges. When the debates are reduced to sound and fury signifying nothing, things come to a head and a special court is set up to resolve the unresolvable.

And this is where Naqvi’s imagination peaks in its brilliance. The matter is presented before a jury comprising members as eclectic as Akbar’s Navaratnas. Picked from the proponents of multiculturalism across eras spanning medieval through pre-modern India, the jury includes the likes of Sant Kabir, Tulsidas and Mahatma Phule. And the choice for jury spokesperson is Amir Khusro.

At this juncture, the play triggered a personal nostalgic flashback. About four decades ago, I had acted in a show for Doordarshan called Guftagu which featured ghazals penned by the legendary shayars of India and composed by the sarod maestro Ustad Amjad Ali Khan. I acted as Amir Khusro, mouthing the words of the soulful song Zehaal-e miskin makun taghaful, Duraye naina banaye batiyaan (Do not ignore my misery, by looking away and making excuses). The first part of each verse is in Farsi and the second part is in Brij Bhasha. Incidentally, Guftagu was hosted by, yes, Saeed Naqvi. It’s a meta coincidence that I’m actually revisiting a similar space here, albeit in a starkly different context.

Anyway, in the play, Amir Khusro seems to be the obvious choice to represent the jury as his illustrious CV includes his efforts towards Hindu-Muslim amity by writing in the Hindvi language, a precursor to Hindustani aimed at standardising the Hindi and Urdu dialects. Khusro had said that this was his tribute to Hindustan, the country he was connected to and proud of. One wonders what his take would have been on Hindustani Musalman (The Indian Muslim), Hussain Haidry’s poem about his own existential quandary.

There will be no spoilers here as to that jury’s verdict but suffice it to say that the rational and well-intentioned deliberations during the court proceedings also serve to lucidly trace the important contours of a thousand years of India’s history. 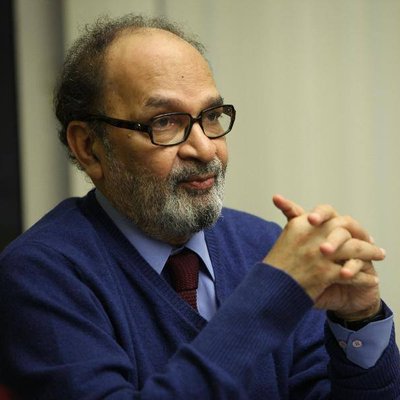 Naqvi’s play is a universal plea for empathy, while fully recognising the apathy that prevails like dark matter in the universe. It is saddening yet enlightening. It signifies that history is a legacy to be held on to and not something that you selectively choose to remember.

Given Naqvi’s past work and literary style, I began reading the play wondering if it would be performable. By the end of it, I realised that my concern was not entirely unfounded. The script does not meander, but some parts are understandably long-drawn, considering that this cautionary fable packs in political narratives, cultural history and harangues in the quest for social equilibrium. In fact, by the author’s own admission in the foreword, the play structure was a choice made to conveniently present the complexities of the material at hand: ‘All of this can make the head swim. There are strongly held views on the two sides. The only way the contentions could be resolved, I thought, was by a format of dialogue, point–counterpoint, peel by peel like an onion, all set in a fast-paced drama to keep the attention riveted.’

In trying to reimagine an accessible and succinct stage adaptation of this work, a few thoughts came to mind:

1. The absence of a clear protagonist sets the narrative asunder at times. This lacuna can be compensated by the creation of the classical sutradhar or narrator to hold the threads of the story together. The sutradhar can also help in a big way to expunge some of the dialogue and incorporate plot points into the narration as a third person account. And since he is already the jury spokesperson, who better than Amir Khusro. This would be quite a star turn.

2. Since we have on board three formidable poets in Khusro, Tulsidas and Kabir, the milieu almost begs that parts of the narration be set in verse and song, in the tradition of sangeet natak (musical drama).

Also read: G.N. Devy’s ‘Mahabharata’ Is An Act of Moral Courage in These Times

3. The surfeit of characters tends to spread the scenario thin and could befuddle audiences with already waning attention spans. A large cast of characters could also get unwieldy and become a logistical challenge for a modern day stage production. It might help if the tertiary characters, especially those who make brief and passing appearances, are merged with the relevant main characters, without compromising on their intent. An alternative efficient solution to this would be to have a chorus (as in classical Greek drama) of ten people on stage, and distribute all the supporting parts, including the jury members (the eleventh being the spokesperson/sutradhar), between them.

So, I do believe it is possible, that with a bit of pruning, and a review of the text through the prism of stageability, a skilled theatre practitioner might actually be able to come up with a production akin to Brechtian epic theatre a la The Caucasian Chalk Circle. A folksy musical, perhaps?

Akash Khurana has a diverse experience of over four decades in films, theatre, television, academics and corporate affairs. An engineer by training, he is a PhD from the Tata Institute of Social Sciences. In the theatre, Khurana has worked extensively with Satyadev Dubey, Sunil Shanbag and Naseeruddin Shah. His production of Vijay Tendulkar’s A Friend’s Story was performed at the Shakespeare’s Globe Theatre in London. He has written over 20 screenplays, including Baazigar, for which he received the Filmfare Award. He won the Nandi Award of Andhra Pradesh for playing the lead in the Telugu film Dr. Ambedkar.