Nirupama Rao's book combines a diplomat's eye for negotiation and a historian's facility with multi-faceted explanations.

Arriving just ahead of the 60th anniversary of the Sino-Indian War, Nirupama Rao’s The Fractured Himalaya examines the consequential 13 years that preceded 1962, a period that has shaped and constrained relations between the two countries ever since. Combining a diplomat’s eye for negotiation and a historian’s facility with multi-faceted explanations, Rao’s work is sure to become required reading on the history of Sino-Indian relations. 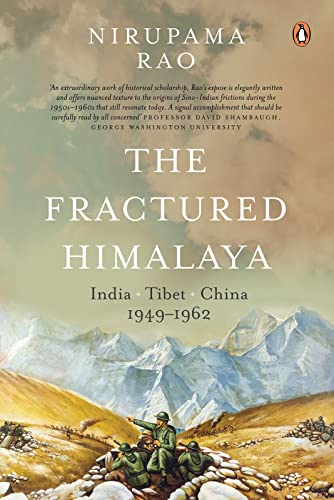 The Fractured Himalaya rightly returns Tibet to the centre stage of the India-China drama. Too often the story of China’s “peaceful liberation” of Tibet has been narrated as a tragic historical inevitability. Rao highlights how, from the start, the India-China relationship was in fact a “three-body problem,” with Tibet at the geographical and diplomatic centre of the nascent relationship. By the 1940s, Tibet had exercised a high degree of de facto independence for decades, despite claims by the Qing empire’s successors to sovereignty over it. Once the communist regime’s aims became apparent and Tibet’s isolationist government sought international recognition, diplomatic options were limited.

A distinguished diplomat herself who served as India’s foreign secretary and ambassador to China, Rao details how Indian diplomats struggled to respond to reports of the PRC’s invasion of Tibet in late 1950. As with British officials before them, Indian officials posted in Tibet had markedly different perspectives on the situation from those posted in Beijing. When a resolution was introduced at the United Nations to condemn China’s aggression and develop actions to be taken, India demurred. This silence was at least in part because of fears that the pro-China contingent would react by raising India’s annexation of Hyderabad in 1948. It also reflected discordant views among Jawaharlal Nehru’s advisors – and within Nehru’s own mind – on how to square the situation in Tibet with India’s emerging relationship with China. The figure of a discordant Nehru, at once idealist and realist, farsighted and blindsided, looms large throughout the book.

Rao’s keen diplomatic eye is apparent in her analysis of missed opportunities for resolving core issues between the three (and then two) governments. This is particularly so in her assessment of the negotiations surrounding the Sino-Indian Agreement of 1954, in which India acknowledged for the first time that Tibet was a part of China. By then, India had taken a number of good faith steps towards China: on repatriating Korean War prisoners, supporting China’s bid for a seat on the UN Security Council, and even providing a conduit for supplies to Chinese troops in Tibet.

In 1954, India had leverage to exert in its negotiations – perhaps more than at any other time since. Despite this, Nehru chose not to raise the issue of settling the border. Following the signing of the 1954 agreement, Nehru made the “political decision” to have borders with China depicted as definite on maps of India (previously they had been marked “undefined” or omitted entirely, particularly in Aksai Chin). This constrained Nehru’s ability to negotiate a settlement on the border in the years to come.

Also Read: Their Ties Go Back in Time But India, China Were Absent From Each Other’s Strategic Calculus

Throughout The Fractured Himalaya, Rao showcases the evolution of two parallel yet incompatible strategies. While initially evasive on discussing the border issue, Premier Zhou Enlai eventually came to insist by 1959 that the dispute be adjudicated and a “give and take” principle be applied. Nehru initially followed the advice he first received from his ambassador in Beijing, K.M. Panikkar, and similarly avoided raising the issue of a border settlement. By the time signs emerged, particularly in Ladakh, of the magnitude of the difference of territorial claims, public outrage and growing criticism in parliament further reduced any options on the Indian side.

China took exception to the “illegal McMahon Line” in the North-East Frontier Agency (NEFA) (now Arunachal Pradesh). India had long insisted, as it still does, on adhering to the outcome of the 1914 Simla Convention, the result of a trilateral conference between representatives of Britain, China and Tibet. The British had made Chinese acknowledgement of Tibetan autonomy a condition for diplomatic recognition of the new Republic of China, strong-arming them into participating in the conference. The Chinese representative to the conference initially agreed to Britain’s proposed division of Tibet into two parts with the outer region ending at the line marking the would-be border between Tibet and India’s northeast. But after the conference, the Chinese government repudiated the draft. The trilateral agreement became a bilateral one between Britain and Tibet.

When the border issue was eventually raised in talks in the 1950s, the Chinese rejected what they saw as an “imperial” line. The PRC did, however, agree to use part of the McMahon Line – which largely applies the watershed principle to its course – in its border with Burma, although it did not refer to the line by name. Given China’s willingness to jointly demarcate their boundary with Burma along this line, one wonders if a line by any other name would have proven less bitter to Chinese officials. Regardless, it remains notable that while Indian defences in NEFA collapsed in October of 1962, the PLA did withdraw to this line, despite continuing to insist that they did not accept it.

Shortly before the war broke out, both sides sat down in 1960 to make their respective cases. On the Chinese side, “the taunt of British imperialism” was used “to obscure the inadequacy of their own documentation,” as Dorothy Woodman observed. This was all the more ironic because it was precisely the communist regime’s insistence on its own imperial predecessor’s territorial claims that had justified its “liberation” of Tibet.

Things were even more complicated in the western sector, where the discovery of Chinese road-building across the uninhabited Aksai Chin signalled the demise of the short-lived period of “Hindi-Chini bhai-bhai” – a phrase Rao aptly describes as “delusional diplomacy”. Nehru’s decision to unilaterally solidify the borders on India’s maps in 1954 forced India to claim the desolate, high-altitude Aksai Chin without effectively occupying it (or comprehensively surveying it). The challenge this posed was, in the words of foreign secretary Subimal Dutt, “practical and stupendous”. The solidified boundary on India’s map combined with the public knowledge of the Aksai Chin road after 1957 hampered Nehru’s options and led to India’s hardline stance on border talks in 1960 when Zhou appeared willing, finally, to perhaps take up the issue.

The status of Aksai Chin, Tawang, and other remote Himalayan regions raises a point that would, perhaps, put Rao the diplomat at odds with Rao the historian. From a practical, administrative perspective, neither India nor China effectively controlled the outer edges of the Himalayan territory they claimed in the late 1940s. For China, the obvious problem was a territory the size of Tibet that would require invasion and violent suppression to ensure its integration as an inviolable part of China. For India, the problem meant establishing a presence in areas only formally claimed on maps or by treaty. Most notably, this required India to send personnel to administer Tawang for the first time in 1951. Later, this would also include Nehru’s promotion of a so-called “Forward Policy” by establishing advance points in Aksai Chin. 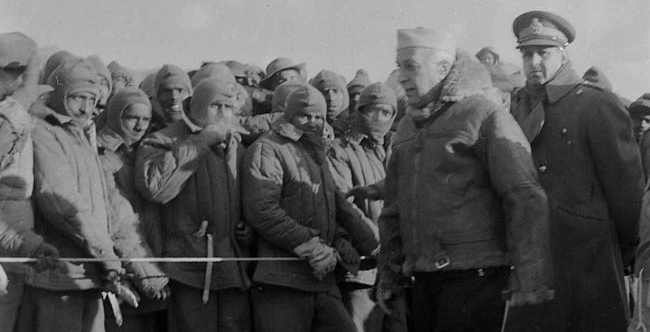 And this is where history provides unsatisfactory solace to a diplomat. Against China’s argument in 1960 that Tawang had historical ties to Tibet, Rao notes that NEFA is “mentioned in the Indian constitution”. This of course is true, as is the fact that the McMahon Line exists on a map. But it highlights a tension between legal and diplomatic assertions on the one hand and the messier ebb and flow of history on the other. Ladakh, Tawang, Sikkim and other regions had maintained centuries-old ties to Tibet and other Himalayan polities. Tributary missions between Leh and Lhasa had existed since 1684. Despite the physical obstacle posed by the Himalaya, it was a region historically free of linear political boundaries, where only the occasional mountain pass signalled a change in jurisdiction. The problem of Sino-Indian relations in the 1950s was at least in part the problem of making the Himalaya fit congruently into the modern world system.

Rao expresses the diplomat’s frustration at the hardened positions adopted by both sides by 1959. “Nowhere in the elucidation of the Indian position,” she writes, “was there evidence of any recognition that boundaries between nations are fixed and determined on the basis of mutual agreement between the sovereign governments concerned.” This, for Rao, reflects a failure of foreign policy, which ought to combine “firmness and flexibility”.

The Fractured Himalaya is a fluidly written synthesis of the vast available archives. It complements the voluminous studies by Claude Arpi and Avtar Singh Bhasin and the now-classic analyses of Dorothy Woodman, Alastair Lamb and others. At 600 pages, this is not a book to be dispatched in one sitting. But the author’s facility in crafting a fine narrative gives life to this era’s broad cast of characters. Rao gives a clear distillation of a complex and consequential period, one that continues to cast a Himalaya-sized shadow over the relations between India and China.

Kyle Gardner is a non-resident scholar at the Sigur Center for Asian Studies, George Washington University. His first book, The Frontier Complex: Geopolitics and the Making of the India-China Border, 1846-1962, was published by Cambridge University Press in January 2021.