The Political Is Personal, or the Enduring Nature of the Memoir

The personal essay – the kind that scrapes away the clean neutrality of verifiable fact in favour of the wringing, dirty cesspool of emotion that is the effect of these facts – is a way of reacquainting you with yourself, and also with the world. 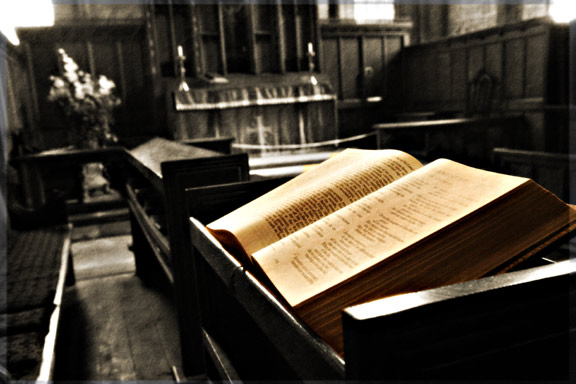 In Between the World and Me, Ta-Nehisi Coates writes, “All our phrasing – race relations, racial chasm, racial justice, racial profiling, white privilege, even white supremacy – serves to obscure that racism is a visceral experience, that it dislodges brains, blocks airways, rips muscle, extracts organs, cracks bones, breaks teeth. You must never look away from this. You must always remember that the sociology, the history, the economics, the graphs, the charts, the regressions all land, with great violence, upon the body.”

Every word here – and in the book itself – serves to underscore how primal experience is. Terminology is important; studying the events that make the world what it is – that’s important too. But all of this, all this reportage and study, our obsession with current affairs, with having an opinion on current affairs, might yet obfuscate the impact of the affairs themselves, of the individual strands that make up collective memory, the faces that add up to statistics.

Critics have been prophesying the death of the personal essay – and, by extension, the memoir – for a few years now, disdaining the inward struggle in favour of subject matter of wider import. But interiority lends focus in times of upheaval; subjectivity can be a matter of relevance and even necessity. How does one disengage from oneself, from identity politics for that matter, while addressing events of global significance? And how are these events to be amputated from the inflections of the body and mind and heart?

To eject the self from the larger narrative is a kind of renunciation that might be celebrated for objectivity, but objectivity can be a kind of laziness too, a kind of fence-sitting, a refusal to commit to a stand or an opinion. To forget that the part can stand for the whole is also to miss the trees for the woods; to liken the personal essay to the narcissism of the Instagrammable moment, to the capsule-sized wisdom of a viral tweet, is to rob the first-person ecosystem of grades and shades and nuance. Not every personal experience is reflective of the state of the world, but is it so reductive to say that some of them are? Isn’t this what we do anyway – mine the richness of personal history for insight?

How is one to untangle the labours of grief and tragedy without surrendering to the yawning depths of rawness and honesty with which our greatest writers have given it voice? There are sentences in H is for Hawk by Helen MacDonald or The Year of Magical Thinking by Joan Didion that I have stared at for hours, unsettled by the accuracy with which the writers seemed to be disassembling feelings that I had thought were my very own, and mine alone. The comfort I have taken from the books, the solace, is not merely in identifying with them; it is in knowing that bereavement is a thing that has been experienced by people other than myself, that others have gone there, to wretchedness, and – here’s the thing – that they have returned; that in wreckage and rubble, there is room for construction, for magical thinking. And of course I am fully capable of coming to this realisation on my own – just as MacDonald is fully capable of recovering from her loss without training a goshawk named Mabel – but these little acts, reading and rereading, writing and rewriting, are ways of looking for ourselves within the design of human complexity, of taming our sorrows alongside our falcons.

There’s hardly a sentence that I haven’t underlined in my copy of A Field Guide to Getting Lost by Rebecca Solnit or in The Opposite of Loneliness by Marina Keegan or in Living by the Word by Alice Walker, my marginalia mapping my own journeys alongside theirs. Personal criticism – my favourite writers on their favourite writers and artists – cultivates intimacy with the unknown with a kind of connectedness that cannot be anything but a private relationship laid bare: Teju Cole on Virginia Woolf in Known and Strange Things, Pico Iyer on Graham Greene in The Man within My Head, Zadie Smith on Katharine Hepburn in Changing My Mind.

It doesn’t always work, and it doesn’t always work the same way for everyone. I’ve been unmoved by Haruki Murakami on music, Cheryl Strayed on survival or David Foster Wallace on anything in the world (but especially on Dostoevsky), and I’ve failed to take to Knausgaard on the subject of Knausgaard, but I’ve seen these writers annex the thought patterns of other readers in ways of which I’ve been jealous. Where the form does crumble is when the writer takes precedence over the text, when the medium becomes the message, when provocation is the intention and not the result; that’s the vainglorious, self-righteous petulance (I’m looking at you, Lena Dunham) that leads critics to compare the art of the personal essay to the espresso-shot cleverness of the social media missive or the thought-for-the-day calendar,

Reading is a hall of mirrors that winds unendingly, each reflection a jolt of memory and consciousness. It is a reminder of the unknowability of the self and the desire to know it anyway. The personal essay, even when seemingly unserious, humanises the universal and locates the global within the local. The subject can be less important than the way it is unpacked. I’d read an essay on a toothpick if it was written by, say, Annie Dillard or Jeanette Winterson or Mary Oliver. The personal essay – the kind that is intimate and indwelling, confessional and probing, raw enough to be tender and real and blistered, the kind that scrapes away the clean neutrality of verifiable fact in favour of the wringing, dirty cesspool of emotion that is the effect of these facts – is a spectacle of empathy, a way of reacquainting you with yourself, yes, but also with the world.

The personal is political because the political gets personal. If we forget this, we might forget to read each other.

Manasi Subramaniam works in publishing. The views expressed in this article are her own.