'The Corpse That Spoke' Tells An Incomplete Tale of Murder

Sidin Vadukut's new book, based on a real case, fails to build a convincing world around its characters, leaving the reader discontented. 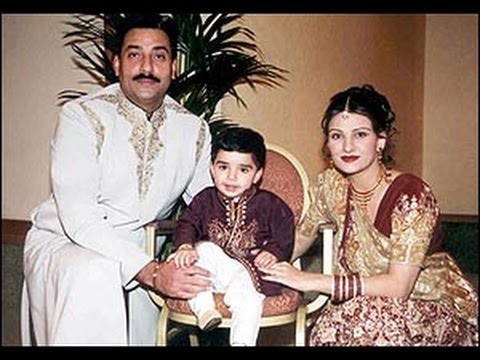 Amarjit Chohan with his wife and one of their children. Credit: Youtube screenshot

How is success measured for an immigrant? Is it measured by the number of properties and the money in their bank account? Or is it indicated by how much they have managed to integrate and be accepted into their adopted country’s society? And what happens if a seemingly successful immigrant life turns out to be a myth? In this day and age, when two of the (so-called) dream destination countries – the US and England – are grappling with immigrants and trying to tighten their borders, a book based on the disappearance of an immigrant family seems to touch on all these questions.

Sidin Vadukut’s The Corpse That Spoke takes the reader to England in 2003. An Indian family had disappeared from a London suburb. The family comprised a young wife, her two young children, her mother and her ostensibly successful husband. While the man, Amarjit Chohan, owned a freight business, which brought in around £4 million a year, several properties in the UK, as well as two houses in India, the prosperity and wealth turned out to be a façade. For this was a man who had already served time in British jail for tax evasion who, despite his apparent success and money, lived modestly –“driving around in an old beaten-up Ford car”, and was rumoured to have connections to drug gangs.

Thus, in the February of 2003, when Chohan disappeared and, two days later, the rest of the family vanished as well, it was not initially treated as a crime. Instead it was considered at first as a likely case of Chohan deciding to evade the police and tax authorities in the UK and fleeing to India. Or even more likely to be simply a case of “an immigrant family feeling homesick and leaving unpleasant memories behind and returning home”. It took mounting pressure from family and relatives for the case to be handed over to Scotland Yard, but even then the theory of the family “having had enough of England” remained constant.

Two months later, a father and son found a body floating in the sea close to Bournemouth Pier. It was Chohan. It was at that point that the investigation began in earnest. Vadukut’s book starts from this point, and traces the trail of the investigation, the characters involved in this mystery, the false starts and stops, and finally, the trial of the perpetrators. Three men were finally arrested for plotting to take over Chohan’s business and despite many attempts to deny their guilt, found guilty of murdering him and his family.

But, despite the promising beginning, and all the ingredients for a fascinating tale, the story falters. The characters are introduced in long-winded chapters at the beginning, without really explaining the motivation behind some of their actions. Some passages cry out for better editing. For instance, there is a long description about a man, Constantine Michael, and his lavish birthday party, but he actually has no role to play in this story. And the final significant clue, that is also a breakthrough in solving the crime, is mentioned only towards the end.

Similarly, despite references to internet reports, there is very little information about the central characters. Reading the chapters, it is difficult to relate to the life of Nancy Chohan, the wife of Amarjit Chohan, “I could not find a single instance of a friend or a neighbour speaking to the media about Nancy or her two little children”. And the only detail mentioned about Nancy’s mother, Charanjit Kaur, who had recently arrived from India, perhaps to take care of the young children is, “she was very religious”. And while “Kaur’s devotion to her Sikh faith became a crucial factor in setting into motion the chain of events…” seems to ascribe a significance to her, there is no mention of her afterwards till her body is finally found as well.

The language veers from a slightly detached journalistic tone to an overtly dramatic one. Thus, there are passages like: “It is here that deposed sultans come to live in exile and profligate princes maintain their secret harems.”  And, “There is also the courtroom drama, which is, if you think about it, the story of crime after the crime novel … This is the story that happens, in Bollywood terms, after the bad guys have been bundled into the police jeep and trucked away, as they look forlornly out of the back at their vanquishers”.

As the investigation and the men responsible for the murders are described, one is still left with troubling questions. The prime suspect’s motive is described thus: “brutal as it sounds, getting rid of Chohan and his family was not the greatest of his problems…”  But, if that was true, why was this man not treated with more suspicion at the beginning of the investigation? There is a murmur about racism by a man who was a crime reporter at that time who admits that the case was not taken seriously initially, “There was perhaps an element of racial prejudice,” but this thread is never fully unspooled. How could the entire community not know about a family that was living amidst them? Most troubling of all, what happened to the children? Their bodies were never recovered, and there is no mention of them in the trial records. It is as if their existence was extinguished completely.

Maybe what is missing is length and depth. The greatest work of this type – the depiction of a seemingly unfathomable annihilation of a whole family, is the classic In Cold Blood. Truman Capote’s description of the murder of four members of the Clutter family, interleaves the life of the family and their last day with that of the two men who were finally tried and executed for the murders. And the vivid language rebuilds the village of Holcomb, Kansas, where the Clutters lived, as well as the horrific discovery of the bodies. Capote had been fascinated by these murders and met the murderers. He continued visiting them while writing his book, formed a strange friendship with one of the accused, Perry Smith, and even helped them find lawyers for their appeals. It is perhaps this proximity that explains the details in the book and the feeling of being live spectators in the tragedy.

Closer home, another book that came to mind was S. Hussain Zaidi’s (with Jane Borges) Mafia Queens. This book covers thirteen women from Mumbai’s underworld, and ranges from the first-person account of Monica Bedi to the depiction of the power wielded by Jenabai Daruwali from Dongri who at one time managed to organise a meeting between the likes of Hajji Mastaan and Dawood Ibrahim. Each woman’s life is covered in concise yet graphic details, and brings out the complexities of the times they lived in as well as their glittering rise and fall.

Vadukut’s account of the prevalent drugs mafia and the story behind the Chohan family’s murder attempts to bring a similar world to life. While the slim book, at only 103 pages, is a quick read, it doesn’t really allow enough space to show the world of the Chohans or their killers and leaves behind a feeling of disconnect with the story. There are many fascinating leads, but in a short tale, many of them ultimately go unexplored.

The Corpse That Spoke by Sidin Vadukut is exclusively available on www.juggernaut.in

Jonaki Ray is a writer and editor based in Delhi. Her work has been published in India and abroad in various literary journals, and in Spring 2016 she was a Writer in Residence at Joya: AiR, an inter-disciplinary residency programme in Spain.