In 1927, Syed Mujtaba Ali, a graduate of the newly established university in Shantiniketan, travelled to Afghanistan to take up a teaching job. 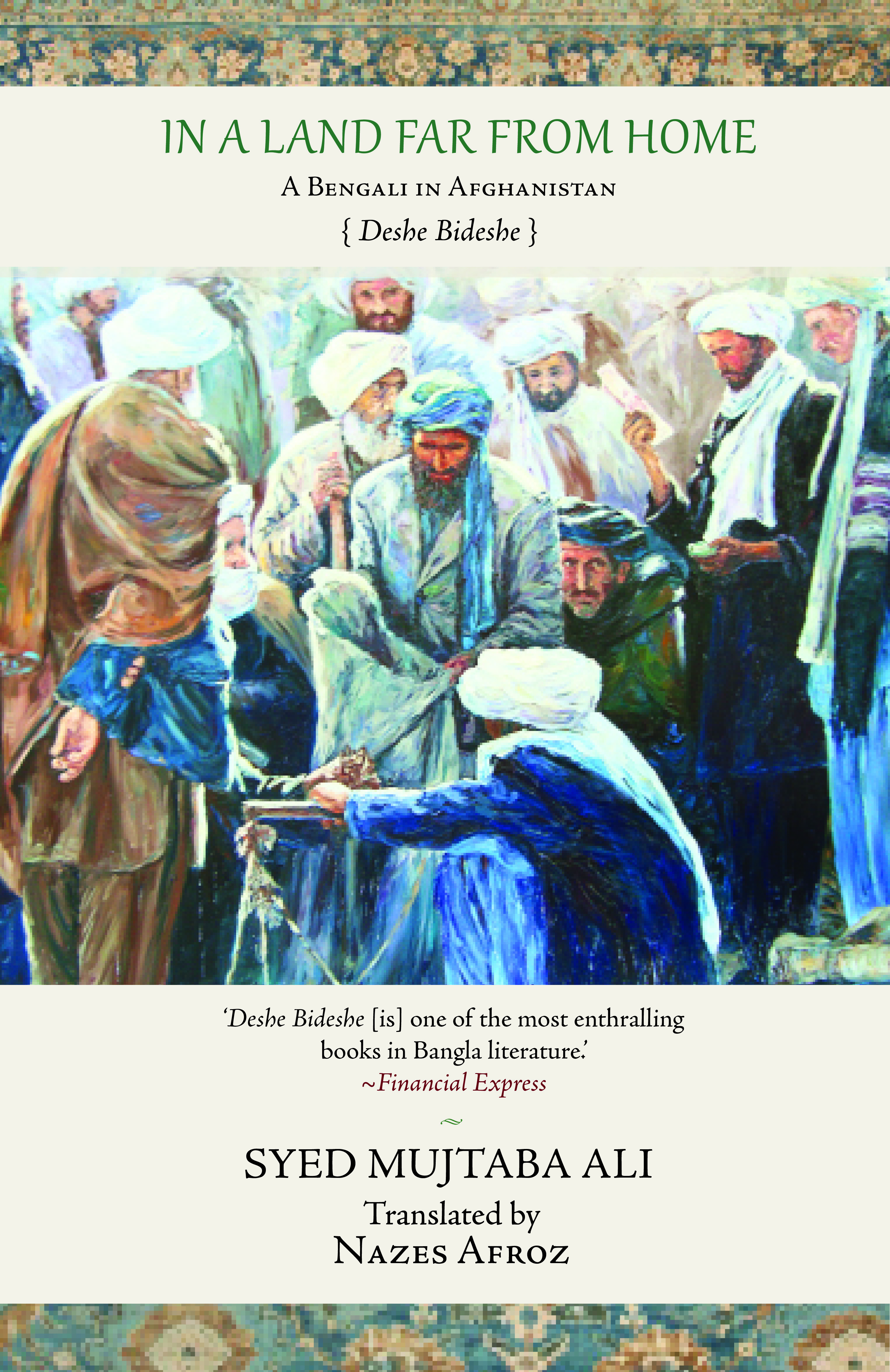 The cover of 'In A Land Far From Home' In 1927, Syed Mujtaba Ali, a graduate of the newly established university in Shantiniketan, travelled to Afghanistan to take up a teaching job. His travel narrative, published as Deshe Bideshe (1948), is positioned around a crucial moment of upheaval and transition in modern Asian history. If we learn to look past the grand imperial narratives of the great wars that have supposedly fashioned the image of the modern world in the last century and pick out, instead, the stubborn waves of resistance that checked these ambitions, Ali’s book will provide an interesting case study about the changing face of an important Asian capital caught in the flux of this moment. That capital is the teeming, complex, bazaar-inflected passageway between the central Asian mountains and the British Indian empire: Kabul.

Ali’s journey started from Calcutta. After acquiring the job in Kabul he travelled across the sub-continent and through the perilous Khyber Pass to reach there. His train journey to Peshawar makes up a vivid account in itself, with him meeting a wide variety of people held together by colonial rule and popular prejudices about each other. Ali, the traveller, is no stranger to prejudices himself and chooses to stage these moments of cultural confusion in comic, self-reflexive performances. The presence of a young, politically-aware colonial subject, who is also a somewhat retiring, scholarly Bengali adept at several languages including Urdu, Farsi, Pashto, Arabic and Sanskrit is significant enough for the narrative to assume the kind of shape it eventually does.

The English title is the first casualty of Nazes Afroz’s otherwise workable translation because it loses the immediate recall of the original title for Tagore’s famous polemical novel The Home and the World (1916). In Ali’s travelogue the reader is invited to move away from Tagore’s abstraction to a real journey that can test the latter’s own provocative ideas about the ways in which private spheres and local identities may think about wider networks and connections across nations. And Ali is rueful about the many reasons that have kept modern Indian historians (then) from engaging with the rich historical ties that have bound the subcontinent over thousands of years through culture and conquest. He understands this neglect to be a new phenomenon, a result of popular narratives of narrow-minded parochialism and repressive moves to contain the influence of religions like Buddhism or Islam in the region. His brief essay on Gandhara art suggests that the “history of the influence of Gandhara art on the culture of the Gupta empire has not yet been written. Narrow-minded nationalist Indians often looked down upon the art from Gandhara. If we approached it with an open mind, we would acknowledge that the attempt to separate the history of India and Afghanistan is a recent one.”

He might share the bland humanism of Tagore and his suspicion of nationalism but he is also careful to wean himself away from Tagore’s standardizing move to define an elite, Brahmo politics as the bedrock of modern Bengali identity. This effect is achieved mostly through a comic, self-revealing vein and not over pitched imaginary debates with his guru. While talking to a Sardar about itinerant ‘Kabuliwalas’, Ali discovers a fatal logical flaw in a famous Tagore story that has shaped the image of avuncular Pathans in the Bengali imagination:

“(Sardarji) asked, ‘Why did you say Kabuliwala? The inhabitants of the city should be called either Kabuli or Kabulwala. So why this business of Kabuliwala?’

I was caught off-guard. Even Tagore had written it as ‘Kabuliwala’! How could I save his honour? But I had to, because my motto was ‘My guru may be drunk, but he’s my guru after all’.

Ali’s belief in pluralism is put to the test by the events of the late 1920s. Waves of ‘modernization’ or reformations across Turkey, Iran and Egypt, the Bolshevik revolution in Russia and self-affirmative stirrings in previously subjugated peoples of Asia led to the King of Afghanistan, Amanullah, introducing similar reforms that tried to change everything from access to women’s education down to the dresses worn by Afghans. Amanullah had already secured freedom from British stranglehold over their foreign policy, but his popularity was short-lived. Under pressure from several factions and tribes that are further influenced by powerful religious figureheads, a backlash is quickly organized in the streets of Kabul to pressure the king into submission. A romantic rebel-leader is cobbled-together overnight in the figure of Bacha-e-Saqao (Habibullah Kalakani) who delivers the city from the decadent modernizers and then promptly loses his head to a military general’s total takeover- all within a year. Besieged in his own house for nearly a year, the second half of the narrative begins to resemble Naipaul’s in A Bend in the River (1979) with the narrator describing a society in free-fall after a popular rebellion. The tone is similarly marked with impatience and even hauteur at the lack of principles that seem to be driving a state into anarchy. Talentless lackeys are made colonels overnight; violence is rife and arbitrary as Ali observes a city slowly being emptied of its intellectuals, diplomats and border-crossers of every stripe. He also observes the absurdity and powerlessness of his position as a colonial subject in the middle of this conflict as his French, German and Russian friends escape to their respective foreign legations while he is denied entry into the British embassy.

After arriving in Kabul, the book settles down to record the everyday life of the author spent exchanging poetry in several languages with friends- all translated with unaffected diligence- eating endless meals cooked by a simple-minded northerner from Panjshir and potted excursions into local history, court gossip and perhaps one too many Shantiniketan-based inside jokes. If the reader can tolerate some of these eccentricities then it is an account filled with rare erudition and wit, deserving of its enduring popularity since being published after Indian independence. It carefully navigates complicated, formative ideas of an Indian nation and its potential relationship with its neighbours. The borders may have been set by others, but this narrative argues that it is up to each individual to cross them through work and imagination and make them look petty and meaningless in retrospect.

Buy In a Land far from Home: A Bengali in Afghanistan (Speaking Tiger, Rs. 350)

Ankan Kazi is a research scholar at the Centre for English Studies, Jawaharlal Nehru University.