The Beguiling Ismat Chugtai, Through Her Own Words

Born on August 15, 1915, the author, scriptwriter and non-conformist continues to confound us a century later 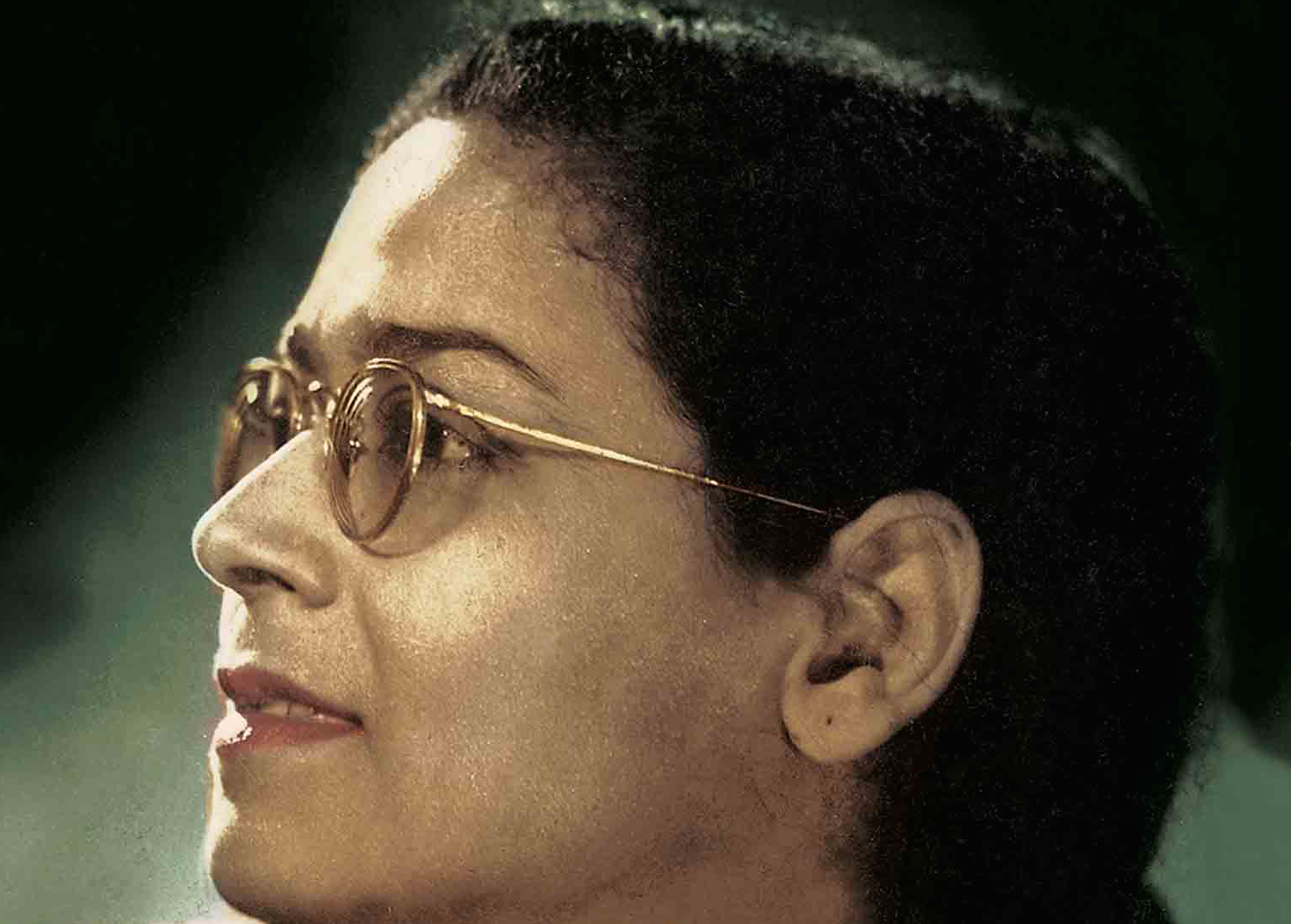 Ismat Chughtai, the Grand Doyenne of Urdu fiction, the woman who married a film director, who wrote screenplays and made films, who cooked up a storm for friends and family with the same gusto as she wrote bold, inhibited, and memorable fiction, who said she was a mother first and a writer second, and about whose style Krishan Chander, the well-known Indian writer, said, “… her (Chughtai’s) afsaana makes us think of … a horse race … [there is] swiftness, movement, speed, alacrity … the asana appear to be running … the sentences, symbols and metaphors, voices and characters and emotions and feelings … springing and moving forward with the speed of a storm…” is unfathomable in the scope of her writing and her life.

She, a Muslim was cremated. At her bidding? At whose bidding? No one knows. And recently a friend mentioned having heard that she was not fully cremated and the remains were buried. Where? Another friend insisted she drank openly and yet Ismat writes in a letter to fellow-writer Wajida Tabassum that she doesn’t drink and goes into a tirade against male writers who feel alcohol adds to their machismo. According to her grandson, her year of birth is 1911, but 1915 is the year generally recorded in essays and articles. She was, along with Manto, charged with obscenity for her story “lihaaf,” taken to court and although initially the incident made her panic, in the end she and Manto laughed heartily at those who were judging them. After lengthy proceedings the charge was dropped because no “obscene” words could be found in the story. Today she tops the list of South Asian feminist writers. She would have scoffed at the idea, dismissed all the fuss with some witty remark, simply and without any airs. An ‘unselfconscious’ Feminist is what I have often called her, the other great Indian writer, Qurratulain Hyder, dubbed her as “Lady Changez Khan” partly because she could trace her lineage to Changez Khan, but mostly due to her audacious and strident approach to life and to writing.

What is one to make of Ismat Chughtai?

So much more to her

This is the year of her birth centenary and everyone wants a piece of her. She obliges. I have written extensively about her, translated nearly all of her major works, thought about her, dreamt about her, spoken about her and answered, tentatively always, questions about her work, or my translations of her work, and have come away with a sense of having just about scratched the surface. What shall I say about Ismat Chughtai now, I ask myself again, for the hundredth time? The answers appear to come from all directions. Her autobiographical accounts:

“When I see that frightening dream, I feel as if I have come to life after having died. Who knows, death may have visited me for a few moments. But after the moment of dying passes, I feel more energetic than before, my brain begins to navigate distant limits, the magical wave of life penetrates every fiber of my being, life is shortened by a few years. I have extracted a new peace from this storm. I laugh for no reason, my heart is filled with joy, my nostrils fill with the fragrance of moist earth.” (Kaghazii hai Perahan- Of paper my apparel)

Her relationship with her beloved brother and mentor, Azim Beg Chughtai, a famous humorist, writer and one of the earliest champions of women’s rights:

“He can never die, his fight continues … I’m certain that he is still laughing. The worms must be gnawing at him, his bones mingling with the earth, his neck still in the grip of the mullah’s hands, his body slashed with saws. But he must be laughing. His eyes must be dancing with a mischievous look, his lifeless blue lips moving bitterly. But no one can make him cry.” (Dozakhi – One condemned to hell)

Her relationship with her husband, the well-known film director, Shahid Latif:

“I told Shahid before we got married that I’m a very troublesome woman, later on you’ll regret marrying me. I have been breaking chains all my life. I won’t be bound in any chain now. It doesn’t suit me to be an obedient, virtuous woman, but Shahid didn’t listen to me… the day before our wedding I warned him again. ‘There’s still time, listen to me, all our lives we’ll be friends, I’m saying this as a friend’ … Shahid treated me as an equal and that is why we led a pleasant married life.” (YahaaN se WahaaN Tak – from here to there).

“The pen is my livelihood and my friend, my confidante, a walking talking friend in my hours of loneliness. Whenever I want I can send for anyone via the pen’s flying carpet, and when these people arrive, I can say anything, make them cry, laugh, or reduce them to ashes with my harsh words. And if I feel like it, destroy them by tearing them up into innumerable tiny fragments…” (YahaaN se WahaaN Tak)

One turns to the fiction, the essays, to the personal sketches, to the world beyond “lihaaf,” (The Quilt), to Shamman in TeRhi lakiir (the crooked line,) whose life is marked by rebellion, to Masooma the young girl who becomes a distortion of herself in the ugly underbelly of the Bombay film world, to the thinly disguised Guru Dutt character Dharm Dev in Ajiib Aadmi (a very strange man), to Qudsia in Dil ki Duniya (realm of the heart), who slyly finds release from her cage, to Kubra in Cauthi ka JoRa (the wedding suit), who is stifled in her cage and dies, to a hundred other men and women who inhabit her tales darkly, in pain, tormented by society’s vicious onslaughts, to the servants, both male and female, who fall in love with their masters and mistresses, a call by Chughtai to a classless society – the list is endless. But the deeper one delves into Chughtai’s work, or the more rigorous one’s exploration of her life, the more one is left with a sense of how little one understands her, both as a writer and as a person.

And so Chughtai constantly invites scrutiny. We also repeatedly go back for an affirmation of our own knowledge of the Urdu language, to examine her rich and spontaneous imagery and metaphor for sheer joy, to derive from her bold and heroic approach to story writing some courage for our own feeble attempts to tell it as it is, without hesitation or fear. Her words continue to lead the way:

“And now it’s important that we develop self-confidence. And only progressive literature can produce self-confidence. It will be disappointing if our writers don’t use their pen for the betterment of the common people, because if writers, journalists and thinkers turn away from present-day circumstances and write merely for personal gain, their work will lack vigour and anything that is lifeless is not meaningful.” (yahaaN se wahaaN tak)

Originally from Pakistan, Tahira Naqvi is a Senior Urdu language lecturer at New York University.  Author of two collections of short stories titled Attar of Roses and Other Stories of Pakistan and Dying in a Strange Country, she has also extensively translated works of Ismat Chughtai, as well as other well-known women writers of Urdu fiction. All translations of Chugtai’s writing here are by Tahira Naqvi.

Featured image of Ismat Chughtai is from the cover of a book of her writings published by Penguin.