'Writing Is a Solitary Business, but It Doesn't Have to Be an Exercise in Loneliness'

An interview with Tanuj Solanki on his latest collection of short stories on urban loneliness set in his hometown – Muzaffarnagar – and the process of what it takes to bring his characters to life. 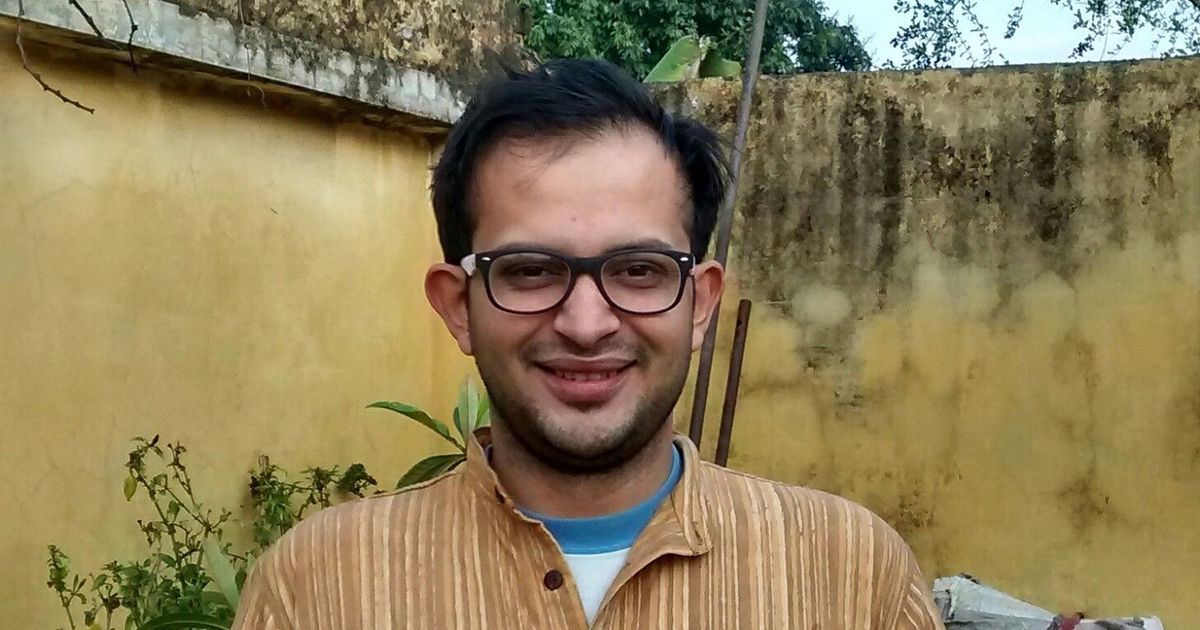 Tanuj Solanki’s second book, a collection of short fiction called Diwali in Muzaffarnagar, begins with a story in which a young man grapples with the suicide of his friend. In the second story, the register changes completely as we accompany a young man on his first solo trip, during which he meets and fantasises about a fellow traveller.

A few stories in, it is clear that the collection is incredibly diverse, but hugely interconnected. Not only are the protagonists people who went to the same school in Muzaffarnagar, the small Uttar Pradesh town where Solanki himself grew up, they all grapple in their own way with immense loneliness, the loss of love, and complicated as well as shifting family dynamics. On the whole, this is a gripping, very mature portrait of what life looks like in contemporary India.

In an interview with The Wire, Solanki spoke about his life as a writer and the process of writing this collection. Excerpts:

Who would you say your formative literary influences have been, especially in the genre of short fiction, which you both write and edit?

Reading Roberto Bolaño’s work was a big point for me. But if we are talking of short stories, then I think it is the other Chilean, Alejandro Zambra, who has been the bigger influence. Like Bolaño, Zambra’s protagonists are melancholic soloists; though unlike Bolaño’s savage poets, Zambra’s characters seldom become vagabonds. They are moving on in a different sense, getting in and out of love, raising kids, struggling with their own mediocrity, grappling with technology, and so on.

I have also been influenced by the short fiction of Uday Prakash, Gyanranjan, and Alice Munro. Though with Munro, because she’s so good, the case is more of being in awe than being able to learn anything from.

As someone who works in multiple forms – novels, short fiction, poetry – which do you prefer? Which do you most use?

Most of my writer friends are poets. Influenced by them, I read a lot of poetry; but I write very little of it, if any. Between the novel and the short story, it’s a difficult choice. As a reader, I grant the novel the upper hand. With the novel I feel I have more, that more has been included. Short stories have different pleasures. We are less forgiving when reading them than we are while reading novels. I guess that’s because a single bad choice can destroy a story. As a writer, though, I’m not as scared of the prospect of making a mistake in a short story than I’m terrified by the seeming capaciousness of a novel. A novel takes a long time, and the end isn’t in sight for the most part. With the short story, at least I’ve an illusion of control over one variable: length. 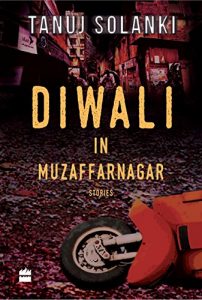 How do you structure your days to accommodate making a living along with your writing?

I work in a large insurance company, and usually, I don’t get the time to write during weekdays. I take my reading very seriously, though, and make time for it every day. I read as a writer, which is to say that my reading pleasure is less important than my need to learn writerly stuff. I am lucky to have many writer friends whose work I admire and who are always there to receive my curiosity about their creative process. Moreover, it helps to know the struggles other writers face and overcome. Writing is a solitary business, but it doesn’t have to be an exercise in loneliness.

Did Diwali in Muzaffarnagar begin as an idea to tell stories about a constellation of characters from the same town you grew up in? Or did it begin as one story, become two stories, and then a cascade of stories as you continued to explore the lives of these characters?

The idea of showing these characters as a group who were once together in school in Muzaffarnagar developed over time. Muzaffarnagar is, of course, a town of clear and aggressively-maintained social boundaries. I’m not exaggerating when I say that schools are the only places where real intermingling happens. The thematic unity in the collection is to be found in this fact. I realised that I wanted to write about young people of a similar socio-economic background, basically from upper-caste, middle-class families – people who have had some recent success, who have made a life in the big cities, and who have escaped the scarcity of money.

But much of these characters’ refinement and liberal tendencies, which make them socially acceptable in their circles, are due to their having studied in certain schools and having had the chance to intermingle with others. What if that education was paid for by financially struggling parents who were, and still remain, deeply prejudiced against the same others? There is this reality, and also the always-lingering memory of scarcity. What becomes of filial responsibility for such people? How long are their liberal gesticulations going to stick? What impact will these things have on their future relationships? These are the questions that, I believe, some of the stories bring to light.

In his blurb for your collection, Prayaag Akbar says it ‘puts to the sword patronising myths about small town India’. I completely agree, and to me, nowhere is this more apparent than in the stories ‘Good People’, ‘The Mechanics of Silence’, and ‘Compassionate Grounds’, where you explore gender through the lives of three very different women protagonists.

In ‘Good People’, the main woman is actually from Delhi. In the other two stories, though the women are from Muzaffarnagar, we see them as urbanised, somewhat liberated. I guess that makes them appear as contrary to the myths around women from small-town UP. But I must state that they are exceptions. They are both the only child in their family. Either because of that, or because they belong to a certain caste and class, they have been afforded a good education and given the unimpeded path to life in a bigger city. In that sense, their stories do not make a direct comment about the common realities of women in Muzaffarnagar.

Though for Gunjan from ‘Compassionate Grounds’, a return to Muzaffarnagar means confronting the male-dominated systems there. She is abused by rogue boys; she is harassed by the bureaucracy; she is made to don a sari for her father’s funeral; she’s protected by male relatives because she’s the daughter and not the son. It is her mother who goes against the norm somewhat, by demanding that Gunjan take charge of the household finances. But the mother never really impedes on Gunjan’s freedom.

Some of the stories are as much about escaping Muzaffarnagar as they are about being shaped by it. It would be wonderful to hear from you about writing this escape, again and again, only to find oneself pulled back, either physically or psychologically.

My protagonists all escaped Muzaffarnagar and there is every suggestion that they were desperate to do so. Their later pull towards Muzaffarnagar isn’t mediated by any positive nostalgia. It is out of filial duty. But once they are pulled back, they are also forced to assess the life they have made in the big city. What have they really gained from that? Is it only that the loud conservatism of Muzaffarnagar has been replaced by a subtler variety and appended with some solid urban loneliness? It probably isn’t a great life, which is why some of them seriously consider the idea of coming back.

Can you talk a little more about this loneliness? In some stories it manifests itself as a desire for romantic or sexual intimacy, in others simply trying very hard to make a life for oneself on one’s own terms.

The urban loneliness I talk of is due to the injunction of creating a home where your home is not. One comes to the big city to work, but work alone isn’t enough. The key question then: is there time for anything else? Many get lucky and are able to make lasting relationships at work or outside. But there are others who fall into a cycle that operates in two phases only: one where they are trying to run at the city’s pace, and the other where they seek respite from it. And on top of that is the cultural pressure of YOLO and doing what you love, etc.

What I talk of here is perhaps most evident in the story ‘Reasonable Limits’, where the protagonist is seriously at a loss to find a way to be in this world and reaches the conclusion that hiding — whatever that means — is the safest option.

In My Friend Daanish, you explore an otherwise ordinary incident that forever marks the lives of one character because he is targeted for being Muslim. In the light of the communal violence that has racked the town, what is the responsibility of the writer to write of these incidents?

It is crucial to report what happened and to also bring to attention the societal schisms that enabled the violence. Non-fiction writers have the greatest responsibility here. Fiction writers and poets can fill small gaps. They can grant interiorities to the victims and the bystanders (even the perpetrators, some would say, though I’m unsure about that). They can lament. They can envisage how the perpetrators will also come to suffer.

Though I must say that I’m unsure what writing in English can really achieve in this regard. According to me, literature that concerns itself with blazing issues in a divided society can do more when it is in the language that that society works in. Though this is in no way to say that Indian writing in English should not go wherever it wants to.