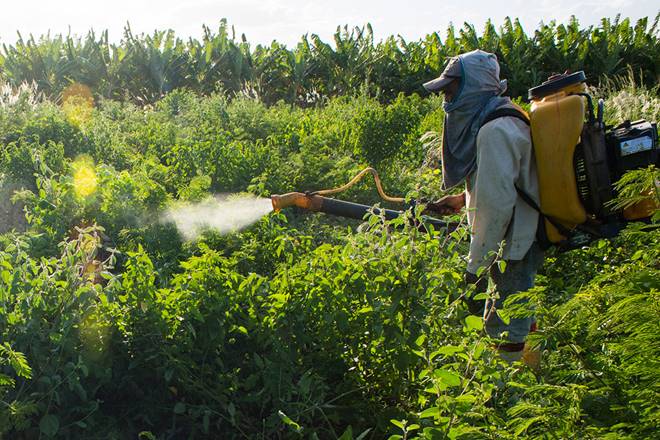 Ambikasutan Mangad’s Swarga is a captivating book that takes the reader into a surreal world deep inside a forest. A couple has retreated from the world – breaking all their connections with humans and their pasts – by renouncing their names and identity and aiming to live a life of solitude. In this ‘paradise’ near the mythical Jadahari hill, guarded by a spirit, the characters and identity of Devyani and Neelkantan are unpacked when the woman decides to bring home an infant from the forest. He is a child with grey hair and sores all over his body, who has not walked in his life of seven years. 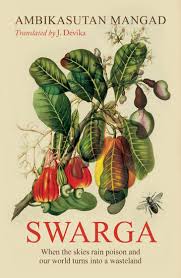 Through this child Pareekshit, who the couple later adopts, the horrors of endosulfan poisoning is brought to the fore. This pesticide is spread by aerial spraying on cashew plantations in Enmakaje, Kasargod district by the Plantation Corporation of Kerala (PCK) and Pareekshit is only one of thousands affected. The book captures the human suffering from endosulfan poisoning and the struggle to ban endosulfan as a pesticide in north Kerala with a narrative style that weaves in imagination, folklore and mysticism, accompanied by scientific evidence.

Mangad is a professor of Malayalam and a well-known literary critic from Kerala. He has written several short stories and a dictionary of folk idioms. He has also been involved with the endosulfan struggle in North Kerala for the past decade. In this book, Mangad draws on the mythical tales, referring to King Mahabali, Mahabharata among others to build the social and ideational landscape of Swarga, the forest, in Enmakaje and its habitants. Legends of the benevolent righteous King Mahabali are popular in Kerala. In the book, Mahabali is introduced as the first occupant of this place, albeit in his second birth, as a humble donkey by a cave. In the book, the cave talks to Neelkantan. Narrating the story of Bali enlightening Indra on ‘secrets of the universe and of time’, the cave delineates for Neelkantan, the difference between renunciation and escapism. The cave encourages Neelkantan to go back to Devyani and the child that she has brought home – Pareekshit.

Another set of folklores is narrated by Panji, a Mogeyar elderly, who believes that the mysteries of the past explain their current travails. Through Panji’s numerous stories, the history of Jadahari hill unfolds – with serpent hill and serpent grove of Jadahari on one side and the Kodanigri hill and stream on the other. Panji narrates:

“The capture and defeat of original lords of Enmakje – the Jain Ballalas by Sivoli Brahmins. The Jadahari Bhoota, the local deity of Jain Ballalas, becomes a thorn in the flesh for Sivoli Brahmins and they trap the bhoota in a copper pot and bury him on top of the hill. Jadahari’s companion, the female tribal deity, Kurathi, escapes this capture and rescues Jadahari who re-emerges furious…. terrible things start happening, thereafter, in this land ….”

A history of rule of the Koragas, the Maayilar and the Mogeyar on this land, thereafter, is interspersed in the text. With an indication that this plunder of the ‘land of truth’ is the curse of Jadahari, which has resulted in children being born with congenital deformities and residents of the area suffering from sores, respiratory disorder, infertility and other ailments. The curse is so strong that the water in the area has been polluted and the biodiversity in the area has been impacted. The fish and frogs have died; there are no birds and bees – in fact, this is not swarga but narka (hell), says the woman to the man. Mangad’s references to the woman and the man in the forest draws on Adam and Eve’s story and how human actions determine the course that nature takes. This analogy also draw on tales from the Mahabharata, when Sita and Ram leave Ayodhya to live in the forest.

Mangad craftily weaves in folktales, social norms and hierarchies into the narrative which determine people’s livelihoods in the region and access to land or rights over trees. He references the belief that the Adivasi, the Mogeyans, ought to plant the first sapling lest the agricultural season would be inauspicious. While unpacking Devyani and Neelkantan’s character, there is an embedded discussion on human suffering, compassion, urbanisation and its maladies. Neelkantan left home when he was 21-years-old and flung away his Brahmin-ness to live in the capital city where he started writing for a newspaper on issues sprawling from politics to destitution, human suffering and prostitution.

Devyani’s story is much harsher. She is from a poor household, with a bed-ridden father and is raised on the paltry income that her mother made working as a daily wage labourer. Lovestruck Devyani marries a man who forces her into prostitution and abandons her after taking her earnings. Devyani continues with the profession and encounters Neelkantan after she has been brutally ravaged by some men. Neelkantan nurtures her back into strength and they start living together in the city. Later, they decide to move to Swarga after Neelkantan wants to distance away from a world that is full of suffering and darkness.

Thus, the two give up their identity, names, histories and move to the forest. Mangad, through his writing, engages with gender issues, marriage and other institutions, although Neelkantan’s viewpoint towards Devyani still reads like coming from a patriarchal worldview. Neelkantan does all the right things, but it’s mostly about him and his principles and the path he wants to take. For instance, he thinks of marriage as an “institution that allows men to have supreme power over women…women are just instruments…lying in the dirt….” and that is why he wants to break away from this mindset of rulers. Consequently, they don’t marry. His one condition of them living together is for Devyani to remove her womb, which she does (despite wanting to have a child at some point in future).

In the latter part of the book, Neelkantan reflects on some of these aspects and regrets having asked Devyani to remove the womb but it still reads like it is all about his decisions. The idea of giving up their name and their identity to live in the forest is Neelkantan’s. It is not a typical patriarchal worldview where Devyani’s consent is not important, but consent is manipulated by putting conditions. There are subtleties. The only time Devyani is able to exercise her point of view is when she brings Pareekshit to their home and insists on taking care of him, no matter what the consequence is. 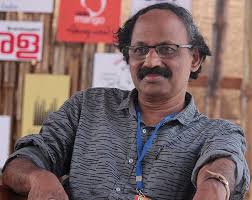 In the first half of the book, this prolonged focus on building the characters and socio-political context interspersed with mythical analogies, may slow down the interest of some readers. The narration picks up its pace after Pareekshit dies. Devyani and Neelkantan get involved in the movement to stop endosulfan spraying in the region with the support of Jayarajan,a journalist who writes on environmental issues.

The winds of change begin blowing in the Jadahari hill. Supported by evidence gathered from around the world, Neelkantan, Jayarajan and others protest against the poison rain. The protests, however, are against a structural order, as the endosulfan spraying is approved by the state and carried out by the PCK, a fully state owned corporation. Their protests are met with intimidation. They are dubbed Naxalites and threatened by the goons and leader of the PCK which eventually leads to the killing of Jayarajan. The book concludes with retracting into a fictional world and being cognisant of the tipping point where nature may say no to human existence given the incessant exploitation.

Through this important book, Mangad sheds light on human suffering, compassion, entrenched politics and structural power that the protesters of the endosulfan spraying and similar environmental movements and activists fight against. With a narrative style that weaves in folklore and analogies, mysticism and evidence, this book will appeal to a diverse audience. The struggle against spraying of endosulfan as a pesticide has been a long one in northern Kerala. In 2011, the use of endosulfan was finally banned in India and in January 2017, the Supreme Court reiterated the devastating effect of the use of endosulfan and directed the state government to release compensation to the affected families immediately.

Partial implementation of the Supreme Court’s order was done in March 2017. The suffering remains with us, and stories like this bring to light what our co-citizens have suffered and how the earth endures.

Ruchika Singh is an environment and development researcher based out of Delhi.