A short story that won a recent competition on the theme of road safety. 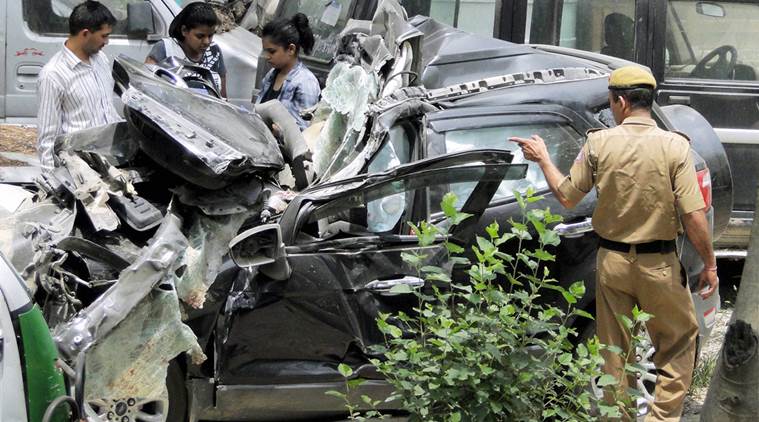 India recorded at least 4,80,652 deaths in road accidents in 2016. According a report compiled by the Union Ministry of Road Transport and Highways, as many as 413 people lost their lives every day in accidents last year. Half of those who died were between 18 and 35 years of age.

Aiming to increase public awareness on road safety and thereby help lower such deaths, the National Habitat Preservation Centre, a not-for-profit engaged in the promotion, preservation and conservation of Indian art, culture and heritage, came up with an out-of-the-box initiative in mid 2016 in association with Mahindra Bus and Truck Division. Named #HaveASafeJourney, the campaign held a short story writing competition in English on the theme of road safety.

Eighteen of the best stories chosen by the judges have been compiled into an anthology titled Have a Safe Journey. Brought out by Amarllyis Publishers, the anthology also includes short stories on related themes by writers like Shinie Anthony, Vikram Kapur, Ashwin Sanghi, Pankaj Dubey, Anand Neelakanthan, Kiran Manral and Priyanka Sinha Jha.

Below is the entry by Chennai-based freelance writer and communications consultant Meera Rajagopalan, who won the first prize in the contest.

Slashing your wrists isn’t as easy as it looks in the movies. Trust me, I know. By the time you get the nerve to actually pick up the rusted cutter from your son’s now-disused toolbox, your heart is beating so wildly that you wonder whether it would simply burst and splatter red all over the house, like the pooshanikkai (ash gourd) that’s burst to ward off evil.

The blade then feels cool, cool like the spirit they smear on your skin before they operate.

When you finally muster the courage to place the sharp edge on your skin, your eyes automatically close, like they do when you kiss someone. And before you know it, you force your pathetic life to ash before your eyes, looking for that elusive something that will make living worthwhile. Halfway through, the door bursts open and your daughter-in-law appears, acts shocked, and ululates a bit prematurely, inviting the whole kuppam to watch your humiliation complete.
‘What bad name he wants to bring to me,’ she cries. ‘So everyone will say I didn’t take care of him. I’ve been washing his shit-stained sheets, will anyone talk about that?’

When your son ambles in, his beer-breath making its way to you, through the layers of shame you are still swathed in, you can hear their conversations amplified like the rain on tin roofs. ‘He should have died on the road itself,’ he finally declares as your daughter-in-law cries. You agree but remain silent.

Out of the corner of your eye, you spot your grandson, barely two, standing in one corner, his lips curved into an arc of disgust. 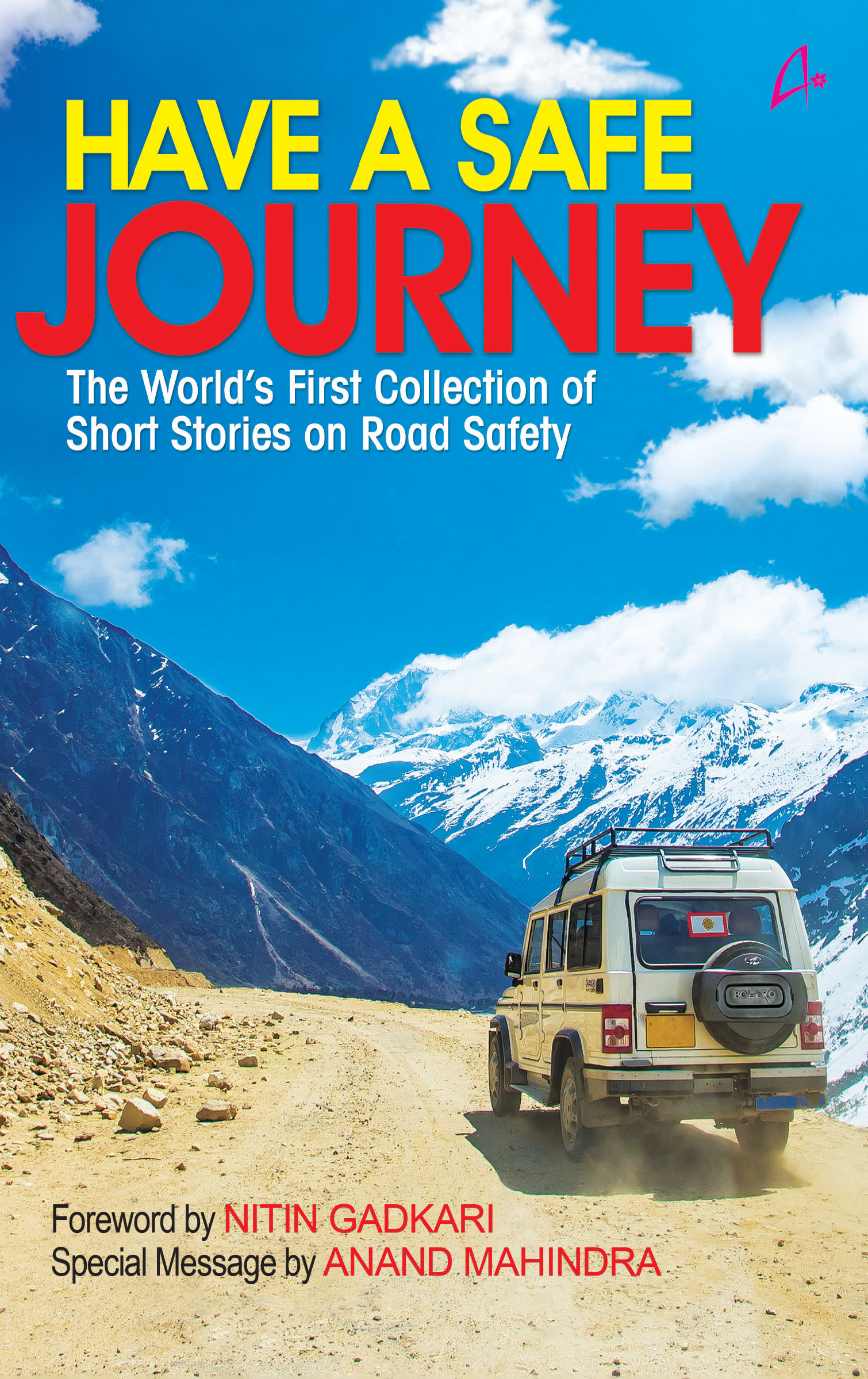 Have a Safe Journey
Amarllyis Publishers, 2017

It was exactly three months ago, on Vijayadasami. My tea shop, lovingly named after my wife, whose love seemed to have disappeared just before she did, was all decked up. My son had left for his mechanic shop, and Radha Tea Stall, for once, smelled of sandal and agarbatti, and not the nauseating mix of nicotine and discarded tea leaves that I thought I was immune to.

The day was dedicated to my trade; my source of livelihood. It was not rocket science, running a teashop.

But it was my source of livelihood and this day was dedicated to its success. It had been this way from the start… men came and men went, day in and day out… but my task remained the same… pretty much like the Earth going round and round in its orbit, and rotating on its axis.

That evening, it had started to drizzle. I wanted to go home as soon as I could – my daughter-in-law would have been tired, running around the whole day, (and would need help with her kids – Mani, two, and Velammal, six.

Just as I was leaving, the clouds had started to spit out the rain faster, as if angry that earthlings had not taken the drizzle seriously, much like Mani’s tantrums. As I climbed on to my trusted TVS Champ, whose idiosyncrasies and moods only I could decipher, I felt at home. I couldn’t wait to see Mani; he had been running a fever for the past two days. The rain was coming down in torrents when I passed the Koyambedu bus stand. I was drenched. I could barely see ahead. I thought of stopping for shelter when I felt my phone vibrate in my pocket. It was my daughter-in-law.

‘Mama,’ she screamed, ‘Mani’s fever has not come down at all. Please come home soon.’

Try as I might, I am unable to recall anything about that night except the thought that the one-way street would add precious minutes to my commute. When I woke up, they said it was two days later, my son and daughter-in-law were by my side. They were relieved to see me open my eyes. I drifted right back to sleep. This went on for a couple of days. Every time I opened my eyes for a brief while, I saw them in varying moods – ranging from relief to anxiety to irritation and then plain cold anger.

The doctors came and went, groups of students surrounded senior doctors, who treated my body as a cadaver and the stinking general ward for men (accidents), as a classroom. Nearly all the bones in the lower half of my body were broken when the lorry ran over my legs. An operation was scheduled for when my body would be able take it. It would cost money, though. Not much, it was the free hospital, after all.

An official-looking man came to my bedside and took my statement. A statement I couldn’t give properly because my son was constantly interrupting me. I told the man all that I remembered. Yes, I said, my grandson was very ill… As soon as the man left, my son pounced on me, his face morphing into a grotesque mask.

‘How dare you tell him that you were going on the wrong side?’ he thundered. ‘I told you to let me do the talking a hundred times, but you insisted on opening your mouth!’

‘Now we will not get anything.’ He continued his rant, ‘The lorry guy will go scot-free and we are left with all of this,’ he shook a sheaf of papers at my face.

My eyes were becoming heavy and as he came close, I smelled the alcohol. He pried my eyes open. ‘Don’t you dare sleep!’ he shouted, spraying spittle on me. ‘You cannot just go to sleep like nothing happened.’ 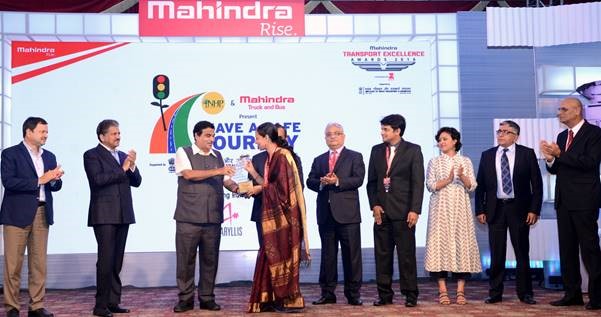 There were a few visitors – the fruit stall woman, the man who ran the shoe shop round the corner, and most surprisingly, the jogger lady with the tick mark on her T-shirt.

She asked after me, and tears welled up in her eyes. I took the money she held out, but before I could put it in my pocket, my son grabbed it from me.

A month and two surgeries later, the doctors gave their verdict: It was unlikely that I would walk again. Perhaps I could, with physiotherapy and some training, but all of that would cost money. They needed the hospital bed for other patients. Others who had better chances of complete recovery, perhaps.

Now, I lay discarded like a banana peel, relegated to a corner of the house.

It has been a week since the botched attempt. My daughter-in-law has managed to get a ‘sentry’ to ensure I don’t get up to do ‘silly stuff’ again – a lady friend of hers. The rubber sheet feels cool under me. I feel a shot of heat as my piss joins my shit in taunting me from below. I wait an hour, two hours. The sentry will not even touch me.

It is noon when my son walks in. He enters and crinkles up his nose. He asks the lady to leave as he pulls me up and carries me to the makeshift toilet, where he cleans me up and puts powder all over me, like I am a rotting dustbin. He cleans the bed and replaces the sheets. He helps me lie down. He kisses my cheeks. I’m touched. Before he goes, he presses something cold against my palm and closes my fingers over it.

I open my trembling palm only after he leaves, and a shimmering new blade, gleaming in the light of the sun that enters through the holes in the tin walls of the house.