In 'S.D. Burman: The Prince-Musician', the authors painstakingly trace and illuminate the musical origins and roots of his major songs over the decades of his work.

During a rehearsal, Asha Bhosle (on the left), R.D. Burman aka Pancham (second from left), and, with his hand on his son’s shoulder, S.D. Burman. Credit: Abhijit Dasgupta

If you are the kind of person whose soul stirs and blood quickens if you hear even stray wafts of old Hindi film music somewhere around you, then this is the book for you. If, in addition, you are nostalgic for the classical era of Hindi cinema, this book will be a collector’s item. And if, like me, you are convinced that the greatest talent in Hindi film music was Sachin Dev Burman, then S.D. Burman: The Prince–Musician is a book you cannot miss.

The authors, Anirudha Bhattacharjee and Balaji Vittal, are meticulous film historians. Their thoroughly researched R.D. Burman: The Man, The Music was not only a bestseller, it also won them the National Film Award for Best Book on Cinema in 2011. Their new book turns the spotlight on R.D.’s father, who they believe gave Hindi film music its grammar. They bring vividly to life the man, his music, the Bombay film industry and his changing times.

There are glimpses in the opening pages of the book of the great historical events of his childhood and youth which shaped him indelibly: the struggle for India’s freedom, the Second World War, the catastrophic Great Bengal Famine, the horrors of the Partition riots and independence. 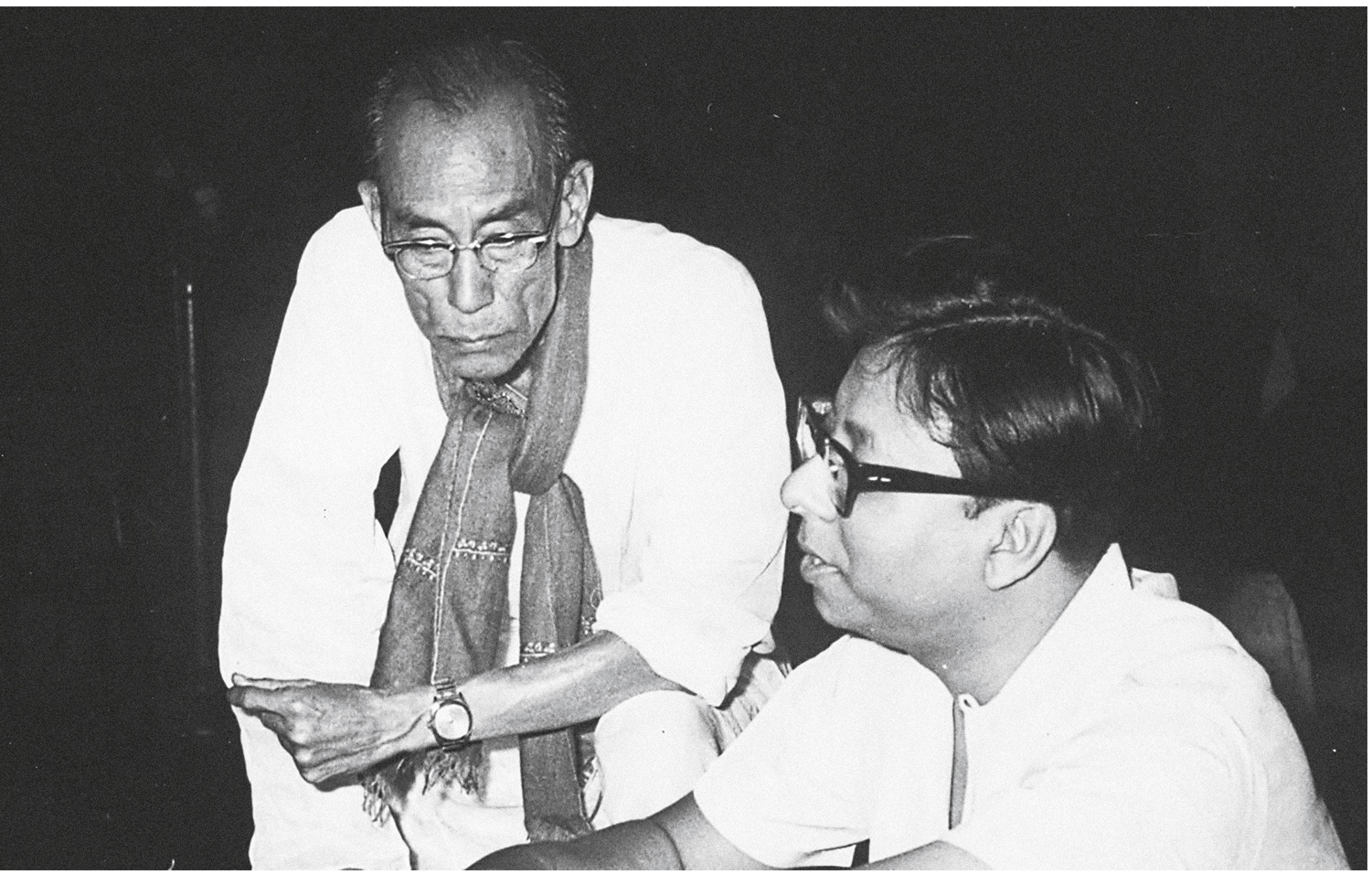 S.D. Burman during a music session with his son, R.D. Burman aka Pancham. Credit: Abhijit Dasgupta

Amidst these, we encounter a boy born in a royal household in Tripura. The year, according to his own records was 1906, although his son believed that he was born earlier, in 1901. The boy Sachin Karta loved fishing and football, and was enraptured by the itinerant singers who would stop at his household and sing Bengali folk music – baul, kirtan, gajan and his favourite bhatiyali boatmen songs. As a lanky six-foot youth, he began singing in public performances. His father sent him to Calcutta in 1925 for his master’s degree, but there he resolved instead to make music his life’s vocation. His reluctant father ultimately bowed to his wishes. 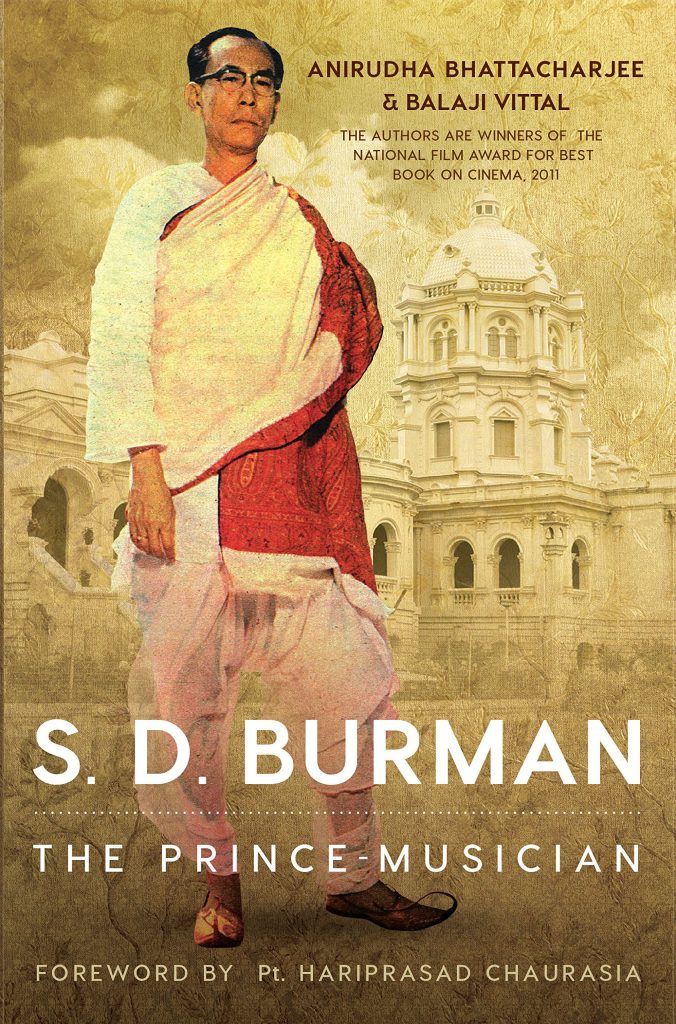 The book records his early struggles to gain a foothold in the Bengal film industry, first as a singer with his distinct melodious but elegantly rasping voice, and then as a composer. We follow through the book’s pages his life’s journey: his love-affair with singer Meera; his marriage to her causing a permanent rupture with his family who rejected her for being a ‘commoner’; his migration to Bombay after the Bengal film industry wilted with the Bengal famine; his gradual fitful rise in the industry where he had no sponsors or godfathers, ultimately to reach its pinnacle; his worries about his son for his refusal to study and his wayward ways until he found his talent while assisting his father in his music compositions; his wife’s ultimate slippage into mental illness and the loneliness of his death while he was still reigning until his end the heights of his profession.

When S.D. Burman died in 1975, an era of the progressive artiste, members of the Indian People’s Theatre Association, committed to the vision of an egalitarian socialist and secular India, which included names like Prithviraj Kapoor, Manto, Kaifi Azmi, Ravi Shankar, Salil Chaudhury and K.A. Abbas. In the mid-1940s, many of them would gather in a sprawling bungalow – 41, Pali Hill – in what was then the outskirts of Bombay, in Bandra for which the monthly rent of Rs 50 was paid for by Chetan Anand. Here came together some of Hindi cinema’s great talents, such as Guru Dutt, Raj Khosla and Balraj Sahni. They would play chess, rehearse through the night, travel by late night/early morning local trains to the studios with milkmen and fisherwomen, and perform plays about workers’ rights in public parks. It is to this group that S.D. Burman drifted towards in his early years in Bombay, and it is here that he built his creative bonds, many of which lasted a lifetime.

The writers describe the many influences on S.D. Burman’s music. He remained rooted in the various Bengali folk forms of his boyhood (think of the magical boatman songs in Sujata – Sun mere bandhu re – and Bandini – Mere sajan hai us paar – and the traditional bhajan piece Aaj sajan mohe ang laga le in Pyaasa); drew a great deal from Rabindra Sangeet (right up to Tere mere milan ki yeh raina in Abhimaan); thrived in Hindustani light classical music (Mohse chhal kiye ja in Guide which had santoor maestro Pandit Shiv Kumar Sharma playing the table), but was open to absorb and adapt popular Western forms and what the writers describe as ‘party music’ (the seductive Raat akeli hai, bujh gaye diye from Jewel Thief is an outstanding example).

He wove all of these into his distinctive, always compelling compositions, with minimalist orchestration and poetic lyrics. It was this capacity which ensured that even while remaining proudly entrenched in his origins, he continued to evolve and grow, and therefore remained relevant and immensely popular with each turning decade, but always on his own terms. Throughout this lush history of S.D. Burman’s life and the music he created, the authors Bhattacharjee and Vittal painstakingly trace and illuminate the musical origins and roots of his major songs over the decades of his work. His historians create a nuanced, complex and compelling picture of the personality of S.D. Burman. Never does the biography for even a moment slip into a hagiography, or an uncritical celebration of the music legend, surrounding their subject with a halo. We do see him as a man of exceptional dignity, grace and pride, who kept his distance from the revelries and crassness of the industry of which he was a part. He engaged with his vocation with almost obsessive intensity, yet always making time for his other loves such as football and fishing.

Director Basu Chatterjee who worked with S.D. Burman for his Us Paar recalls the composer as

‘a pain in the neck, but in a lovely way. Every other day he would say, “Basu, ekta notun sur eshche. Shune jao (Basu, I have thought of a new tune. Come, listen to it)”, while I would be running around for money’ to finance his film. The authors describe him as ‘the last of the Bengali bharadaloks, the genteel Bengali’ of Hindi cinema. He ‘wore his roots on his sleeve’ with his ‘sojourns to Kolkata for Durga Puja; his obsession with football, or the East Bengal team, his quirks of going on fishing expedition; in his box a paan…; his starched dhuti-panjabi; …Kohlapuri chappals; and… his refusal to correct his heavily accented Hindi…’

He was intensely rooted in his culture but willing always to learn and adapt (which reflects in his unique musical journey).

But at the same time, he emerges as overly sensitive, and unforgiving when he takes offence. These led to his many estrangements – with his family in Tripura to which he never returned; but also famously with singer Lata Mangeshkar, poet Shailendra and many others. There is also the suggestion that he did not allow his wife Meera, a gifted singer, to pursue her own career, a possible reason for her lapse into mental illness at the end of his life. 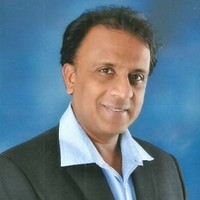 His biographers underline his understanding of what additional qualities to melody a successful song composed for films must have. One of these is the lyrics, and the other is the way the film is played out on the screen. It is for this reason that S.D. Burman’s most memorable music arose from his two kinds of partnerships: one with the finest poets in the industry, and the other the greatest Hindi film directors. S.D. Burman’s best-loved songs were those written by great Urdu and Hindi poets – Sahir Ludhianvi (born Abdul Hayee) whose verses rang with the angst of the underdog; the other great poet of Hindi cinema Shailendra; Majrooh Sultanpuri and in his later decades of work Neeraj. 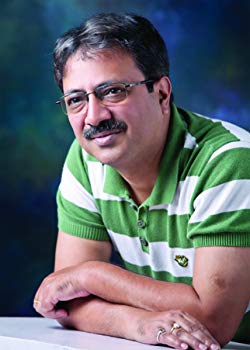 Likewise, he gave his most unforgettable music for the Hindi film directors who made some of Hindi cinema’s greatest film classics – Bimal Roy, Guru Dutt, Vijay Anand and Hrishikesh Mukherjee. These were directors for who songs were not just a necessary popular appendage to their story-telling; songs were as essential to their auteur as was cinematography, the script and the acting. The partnership of these legendary directors with S.D. Burman created some of the most memorable moments in Hindi cinema. The authors regard S.D. Burman’s finest album to be Vijay Anand’s lush recreation of R.K. Narayan’s novel of adultery and redemption Guide. My personal favourite goes back to a couple of years earlier – Bimal Roy’s haunting jail drama Bandini. These, like Guru Dutt’s Pyaasa and Kaagaz ke Phool would not have reached the same cinematic heights without S.D. Burman.

The book ends with reflections of S.D. Burman’s legacy to Hindi cinema. Two of his assistants – Jaidev and his prodigiously talented son R.D. Burman – went on to become leading music composers in their own right. Others like Hemant Kumar, Kalyanji-Anandji and Ravindra Jain display S.D. Burman’s influence in many of their finest compositions. But most of all, some of the most iconic moments in Hindi cinema incorporate S.D. Burman’s songs, combining superlative melody, poetry, acting, lighting and photography to accomplish cinematic heights. He set a bar for Hindi film music composers that is hard for his successors in later generations to accomplish.

Harsh Mander is an occasional writer on Indian cinema.