A committed activist and writer, he dedicated his life to working with the disenfranchised. 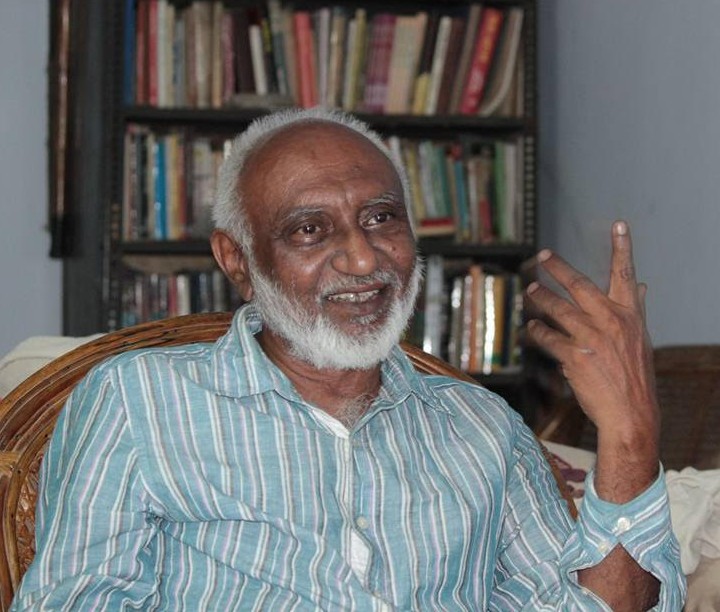 The Punjabi writer and leftist activist Gurmeet Singh, popularly known by his pen name Satnam, spent two months with Maoist guerrillas and adivasis in Bastar in the year 2001. Three years later, he published a remarkable travelogue called Jangalnama based on this experience, which was hailed as a unique and humane portrait of some of the most vilified people in one of the most misunderstood parts of the country – the ‘liberated zone’ of Bastar.

In Jangalnama, Satnam wrote: “People in the jungle don’t know who Nehru was, or what happened in 1947. Nor do they know about the change of rule from the Whites to the Browns. For them, “Dilli” (Delhi) is only a word associated with the government, and to them, the government means greedy contractors, repressive police, displacement and harassment.”

Satnam was found dead in his house in Patiala on the morning of Thursday, April 28. He was 64 years old. He took his own life after a battle with depression, leaving his last book unfinished. The Hindustan Times quotes his friend Bawa Singh as saying that Satnam was feeling “both personal and political despair.”

Satnam was born in Amritsar, and joined the Naxalite movement in the 1970s, and subsequently dedicated the rest of his life to radical leftist politics. He worked with marginalised communities, including religious minorities and dalits. He was involved in the work of various Muslim democratic organisations following the Gujarat riots in 2002, and was a member of the People’s Democratic Front of India and the Mumbai Resistance 2004. He spoke out against human rights abuses in Kashmir, and was one of the leaders of the movement against Operation Green Hunt, which was launched in 2009.

In his obituary for Satnam published in The Tribune, Vishav Bharti, who translated Jangalnama into English, writes that Satnam “…lived many lives. Sometimes as an underground Maoist guerrilla, sometimes as a democratic rights activist on fact-finding missions on human rights violations in Kashmir and Gujarat genocide, or as a creative writer, who would write with equal felicity in Punjabi, Hindi and English.” Bharti says that Satnam continued to write short stories and political commentary along with being a committed activist. He was a member of the editorial boards of several magazines, including Lok Kafila and Jan Pratirodh.

About Jangalnama, Bharti writes: “People were for the first time reading accounts from the jungles of Bastar that the Maoist movement was not only about Improvised Explosive Devices (IEDs) or killing security personnel, but it was also about how people were struggling to change their fate when the state is absent.”

Satnam, who was separated from his wife, is survived by his daughter. A gathering in his memory is being held on May 8 in Patiala.