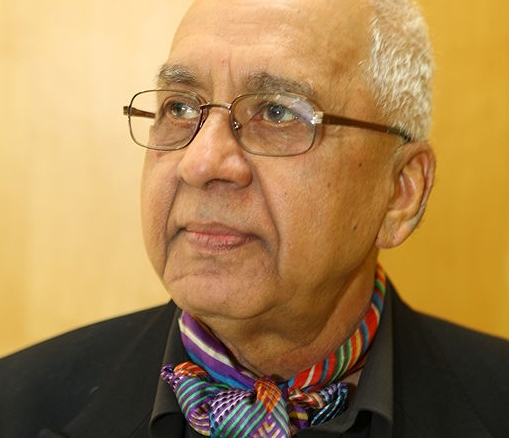 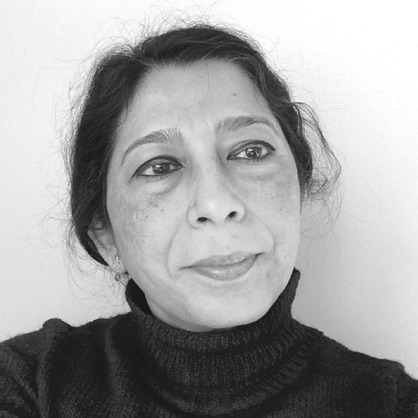 I like the musical, poetic quality in the name Saqi Farooqi. Who would have such an outlandish given name? Only a person who chose it for himself. A poet who was a trailblazer, fickle, capricious, hot-tempered, irascible. A person who left a lasting impression; good or bad. He stormed and blazed in the 1980s and 90s and then burned out.

Qazi Muhammad Shamshad Nabi Farooqi was born in 1936 in Gorakhpur, a placid town in the Himalayan foothills of North India. His parents migrated to East Pakistan in 1947, then moved to Karachi in 1950 where Shamshad Nabi, a budding poet, got his bachelor’s degree. A rebellious soul, he wrote poetry expressing his anger and impatience with the restricted terrain of Urdu as well as the social milieu of the times. He took himself to London in 1958, where he trained as a computer programmer.

Saqi Farooqi had been ailing for some years with long stints of hospitalisation. His last couple of years were constricted in a home for the elderly because his wife, not being too well herself, couldn’t take care of his complicated medical and emotional needs. The end was near but who knew when it would come.

When I heard the announcement of his passing on January 19, I was filled with an inexplicable sadness and unease. He was a friend and later antagonist of my father. I can’t claim to have known or admired him, but the two occasions I had spent time with him had left a deep impression. His death reminded me of his feisty personality and also the gentler, kinder side. His ability to connect and talk with people, animals, insects, plants, the denizens of this planet at an equal level. It made me want to rake up memories. A cherished memory is his visit to Allahabad in 1994.

We had been warned about his loud voice, irascible temper and high-spirited personality by my mother. She seemed anxious that Farooqi would upset my father, who was not fully recovered from his open-heart surgery. But there was excited anticipation for the arrival of this “poet from London”.

I must have been part of the welcoming group waiting in the front verandah of the house, because I have a distinct recollection of Farooqi emerging from the car looking larger than what I had imagined. He was dressed in an impeccable white shirt, and trousers held up with conspicuous wine-red suspenders. He boomed a greeting to those assembled to welcome him and walked straight through the living room, making it clear that he didn’t want to waste any time on formalities. He settled himself in my father’s bedroom.

The next couple of hours resounded with his loud voice and my father’s equally strong baritone as they discussed the state of modern Urdu literature and compared notes on recovery from open-heart surgery. I remember that Farooqi gleefully displayed his chest with a faint scar down the length of his sternum. He had plastic surgery done to minimise the scar. My father’s scar was very prominent. It looked like a massive centipede inscribed on his sternum.

In the evening, there was a poetry reading session in Farooqi’s honor.  He recited poems on rabbits, injured tom cats, frogs, dogs, swans, pigs and spiders with dramatic ardor. He must have recited for two hours, revelling in his way with words, drawing strength from the wah-wahs that flowed from the enraptured audience. Farooqi’s poems were prominently featured in Shabkhoon so much so that even a neophyte like me knew that he was an outstanding poet who engaged with original themes. Hearing him recite made a greater impact because his body language made the saucy words, crisp rhythms and innovative use of language in his poetry come alive. 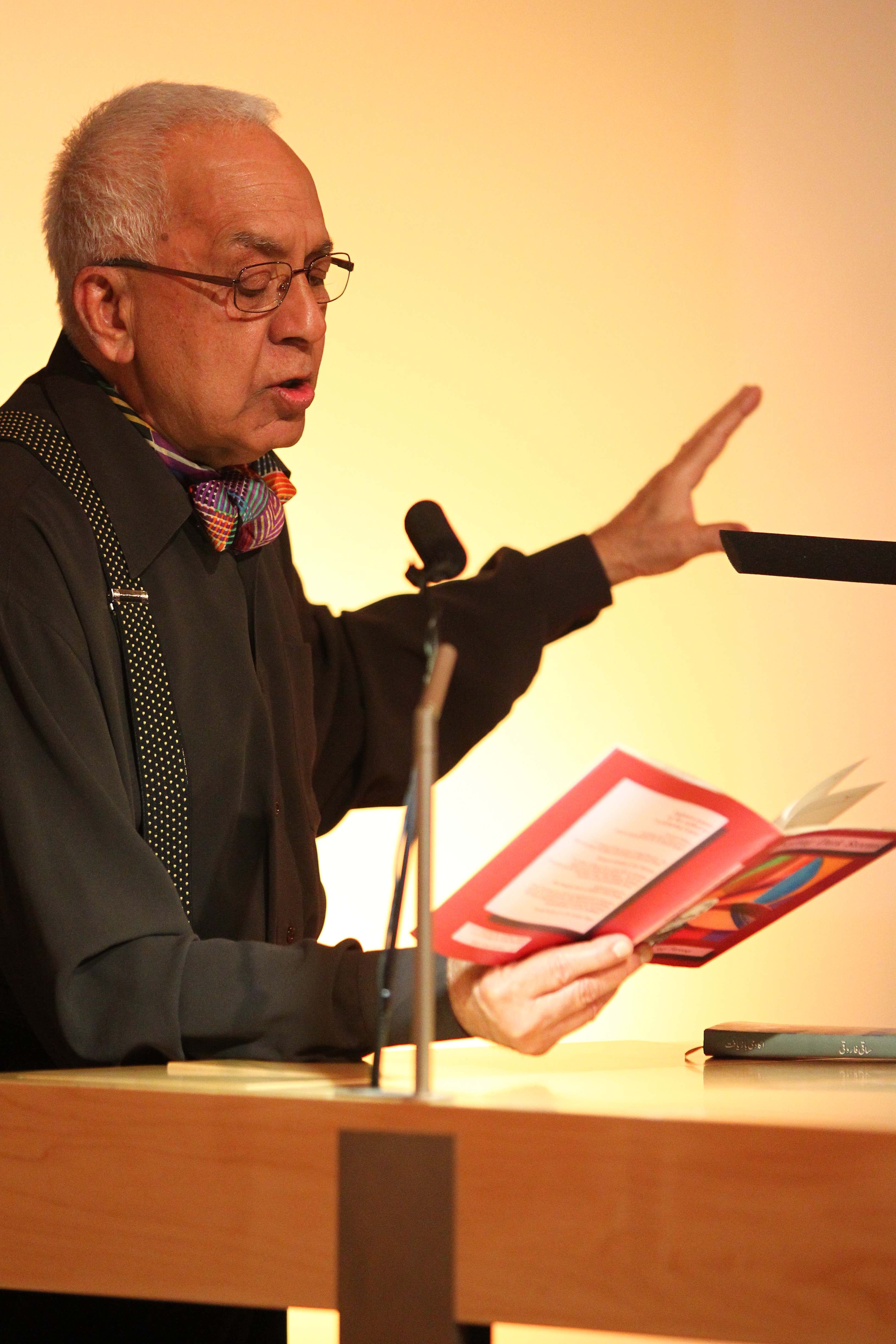 When I was in Philadelphia in 1995-96 teaching at the University of Pennsylvania, Farooqi would occasionally call to see how I was doing. On my way back to India, I stopped in London. Farooqi had insisted that I spend a day with his family and offered to show me the sights of London. He showed me the tree where Keats had heard the nightingale which prompted the Ode to a Nightingale. We visited the pub where Wordsworth’s corner seat was marked by a plaque; walked among the trees in the graveyard where Marx is buried.

Farooqi’s home was both chaotic and serene. The pale blue drawing room was crowded with pictures and figurines. The dining space was long and green, opening into a garden. I can’t remember if I had lunch or supper but the meal was cooked by Farooqi himself. His wife Gundi and his daughter were there. He was subdued. I couldn’t tell whether it was their constant criticism of his remarks or whether he was tired.

Qazi Muhammad Shamshad Nabi Farooqi became Saqi but carried the weight of his names inside himself. The Indian Muslim boy who moved to the newly-created haven for Indian Muslim culture was restless in Pakistan, where free will was not permitted. He wanted a free voice. The search took him to London. He imbibed Western ways but continued to draw on Urdu culture for his creative outpour. Farooqi’s identities subsumed in his given name continued to follow him.

Two of his obliquely autobiographical poems are the most well-known: Khali Bore Mein Zakhmi Billa (Injured tom cat in an empty sack) and Sher Imdad Ali ka Medhak (Sher Imdad Ali’s Frog). In both poems, the protagonist is haunted by memories and suffering the consequences of past actions. The Injured Tom in an Empty Sack is a frightening poem about the passage to death, and then life itself. It is in the voice of a fatally injured cat that is being carried in a sack towards a pond where it will be dumped into a watery grave. The cat talks to Jan Muhammad, who has ostensibly injured the cat and is now carrying him on his back. After assigning the cat to his watery grave, Jan Muhammad will now always carry the ‘empty sack’.

Sher Imdad Ali’s Frog is an extremely unsettling (could be allegorical) poem about a man who reaches for a beautiful lotus bud in a pond and falls into the water. He swallows a tadpole along with the muddy water. The tadpole grows, becomes big inside him and clamours to be let out. The man is besieged by muddy water and angry yellow frogs that he sees all around him. He cannot get the tadpole-frog out of his system.

In his prolific career, Farooqi produced at least half a dozen collections of poetry. But the most original phase of his career was in the 1980s and 90s. It is poems from that period that are anthologised and remembered. An anthology, Raat ke Musafir (2011) edited by Enver Sajjad, has selections from seven poets with brief introductions. Farooqi’s poems are preceded by a note from him which I found poignant and reflective. It is not clear when the note was written.

“Honorable ladies and gentlemen! I am alone and speaking to you from my solitude. This means that my shortcomings are two-fold: How to voice myself and make my voice reach you. Suffering, pain and chaining of words is the fate that all writers endure. But the awareness that the metaphors I am trying to create in my poetry will ignite a spark in someone, somewhere, is strangely exhilarating. This pleasant assumption saves me from falling silent, or else the situation is that one loses confidence in words.”

Farooqi, wherever you are, we are listening to what you have to say.

Mehr Afshan Farooqi is associate professor at the Department of Middle Eastern & South Asian Languages & Cultures, University of Virginia, US.